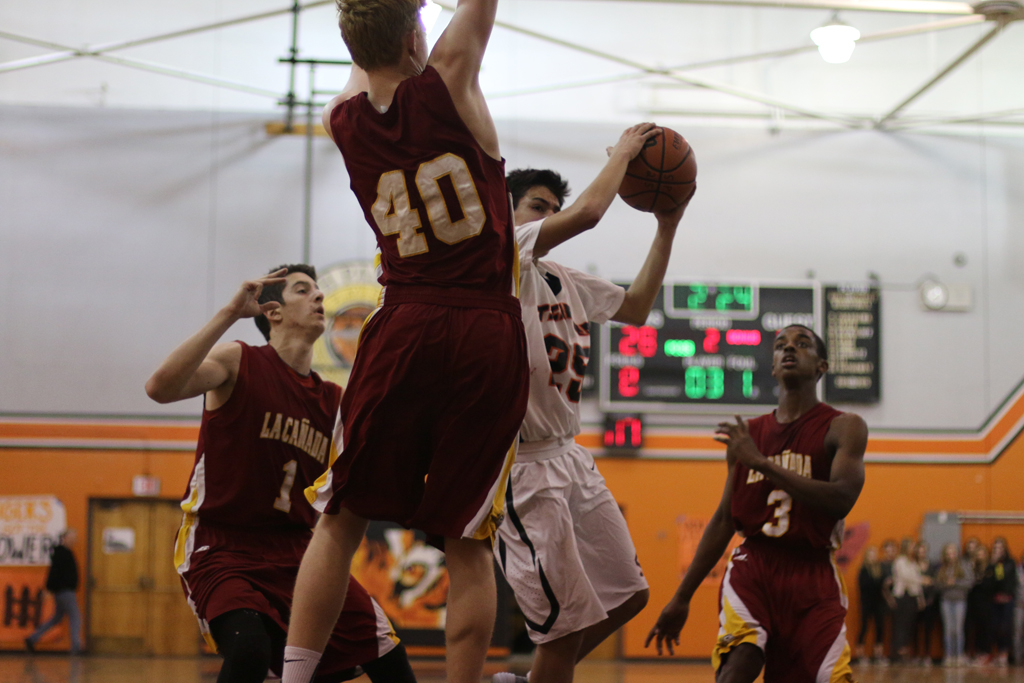 With December quickly approaching, boys’ basketball prepares for another season of contention in the Rio Hondo League. The team has been grinding in the gym since late April and training vigorously to reunite their complex, set-heavy offense. After placing fourth with a modest 3-7 record last season, the team will look to improve under the steady hand of head coach Dave Lutzier in 2016.

While South Pas found limited success last season, they have continued to build upon their foundation of offense with long practices ahead of their season opener. The transition from fall to winter gives the basketball team a chance to chase the championship, while facing off with division foes. The change of seasons also signals a renewal of the heated South Pasadena, San Marino rivalry.  For South Pas to make a run at the title, they will have to defeat powerhouse teams like the La Cañada Spartans, who will be returning with a deep senior class. They will also continue to compete in smaller rivalries, like their on-court feud with the Blair Vikings.

“We have made a big commitment to staying prepared and enthusiastic when we play,” said sophomore Louis Jamerson. “I believe we have made major strides towards improving our team and preparing to compete within the league.”

South Pasadena will return many of its starters from last season, including a three player senior class. They will be lead into the season by captains seniors Matt Scholtz and Lucas Fox, who were pivotal to South Pas’ ball movement last season. The team has added sophomores Matthew Mayemura and Sebastian Au-Rivera to their roster to compensate for the graduation of senior starters over the offseason.

The blueprint of the team has been heavily based upon the success of their offense, and their ability to get good shots around the court. They will exercise good field vision in order to maneuver through the court and find holes in their opponent’s defense.

They team will open their season on Thursday, November 22, against the Oakwood Gorillas, who won their division five League Championship last season. While in the past, preseasons games have had little impact, the game could have CIF implications under the new competitive play rules.