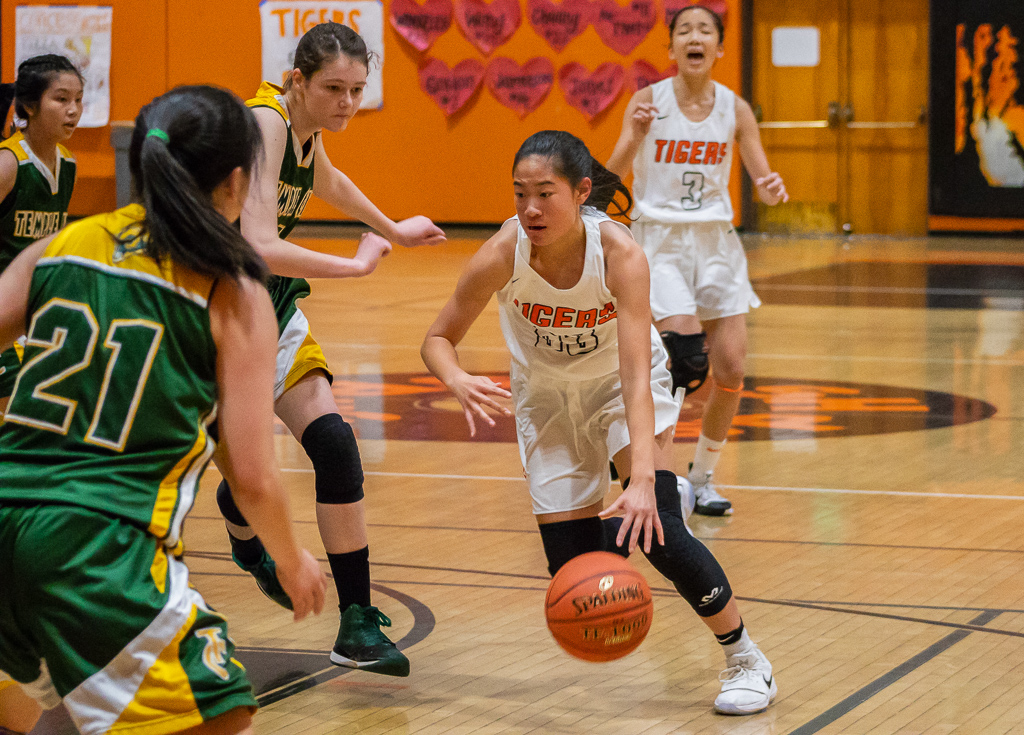 The girls basketball team is shooting for greater success after a disappointing loss in the first round of CIF playoffs against Gabrielino last year. For the last few years, the Tigers have been unable to dethrone the La Cañada Spartans. This season projects to bring more of the same, with South Pas slated for a fifth-straight Rio Hondo League second place finish.

After losing four graduated seniors who accounted for almost half of the team’s points, the Tigers will turn to seniors Charlize Kruzic and Megan Yee and sophomore Allysan Tse. Kruzic, despite standing at five feet two inches, is a dominant, physical force in the paint, and Yee led South Pas in scoring with 11 points per league game on 41 percent shooting last year. Tse flies around the court, creating chaos on the defensive end.

The Tigers also welcome senior Gianna Beasley. Beasley is the team’s tallest player, at five feet nine inches, and will be a vital part of their interior defense and rebounding.

Due to the team’s overall lack of size and height, the Tigers will attempt to defeat the opposition through their three-point shooting. South Pas struggled from beyond the arc last year, shooting at only a 24.7 percent clip, and will look to senior sharpshooter Emily Newhall (33.3 percent) to space the floor.

After failing to advance to the second round of CIF playoffs for the first time in eight years, girls basketball is determined to get back on track.

“The team’s strong bonds with each other will help contribute to our success,” Yee said. “It was a hard way to end last season on such a short note, and I hope this one will last as long as it can.”

The Tigers will have their first preseason tournament this week, starting against Whittier High School on Monday, Nov. 18.