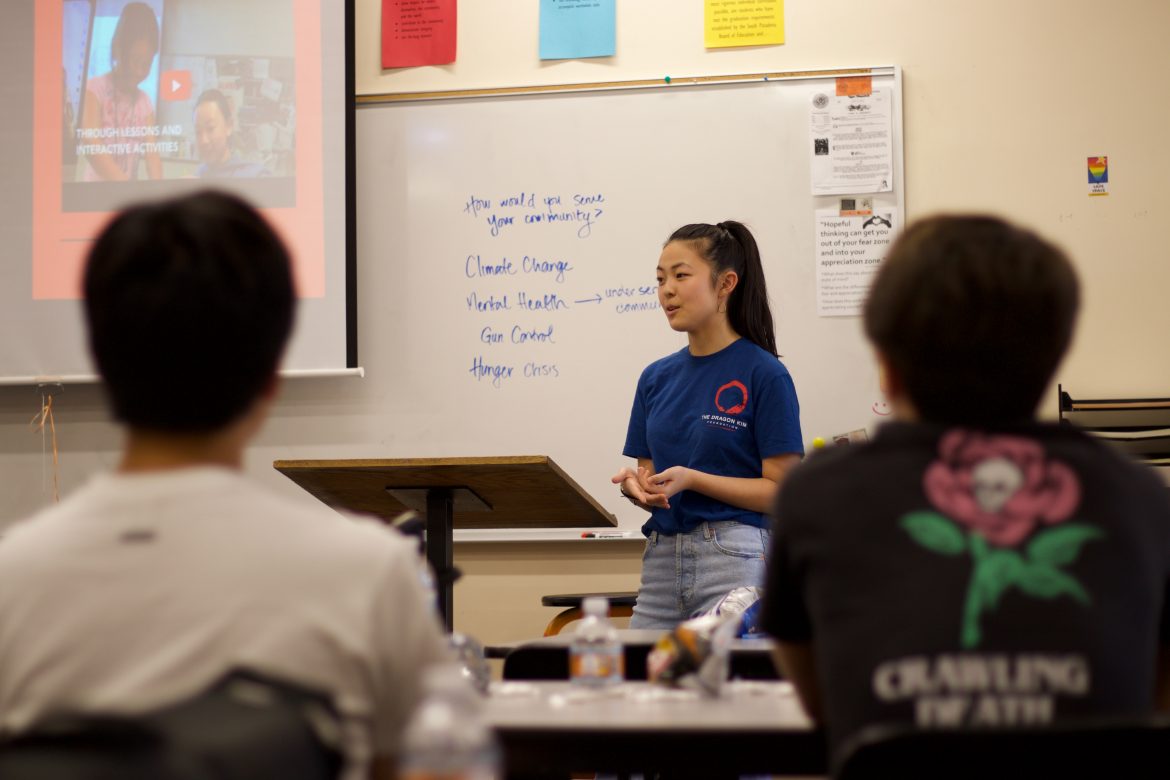 The hour-and-a-half long session facilitated conversations around the question “If money weren’t an issue what project would you undertake?”, encouraging attendees in brainstorming groups to discuss their passions that could spark potential projects.

“[This Inspiration Session] is starting the conversation, telling [students] that if there is an area they are concerned about, all they need to do is sit down with a piece of paper and start thinking ‘What can I do about it?’” co-founder of the non-profit Grace Kim said.

The organization was founded by Kim and her husband Daniel Kim in 2015, after their son Dragon and friend Justin Lee were killed in a tragic camping incident. The couple established the Foundation in his name, and working to complete his vision of a classical music program, the Dragon Kim Foundation raised money for instruments and lessons at his school.

Since its founding, the Foundation has expanded rapidly and funded countless other visions with their new Fellowship Program.

Both teams received critical acclaim through media and contested in the final Dragon Challenge, where one project could win an additional $5,000.

“[The Foundation] is a community that wants to help impact the world in a certain way and make it a better place,” Wei said. “Any project can be successful if you can execute it.”

The Dragon Kim Foundation aims to continue the expansion of their program, hoping to reach one hundred projects annually nationwide. As of this year, the organization expects to select approximately thirty groups compared to the twenty of last year.

The last two planned Inspiration Sessions will take place at St. Margaret’s Episcopal School in San Juan Capistrano on Tuesday, Nov. 26, and at the Pasadena Families Forward location on Saturday, Dec. 14. Those interested in becoming a Dragon Fellow must submit their applications by Jan. 12.