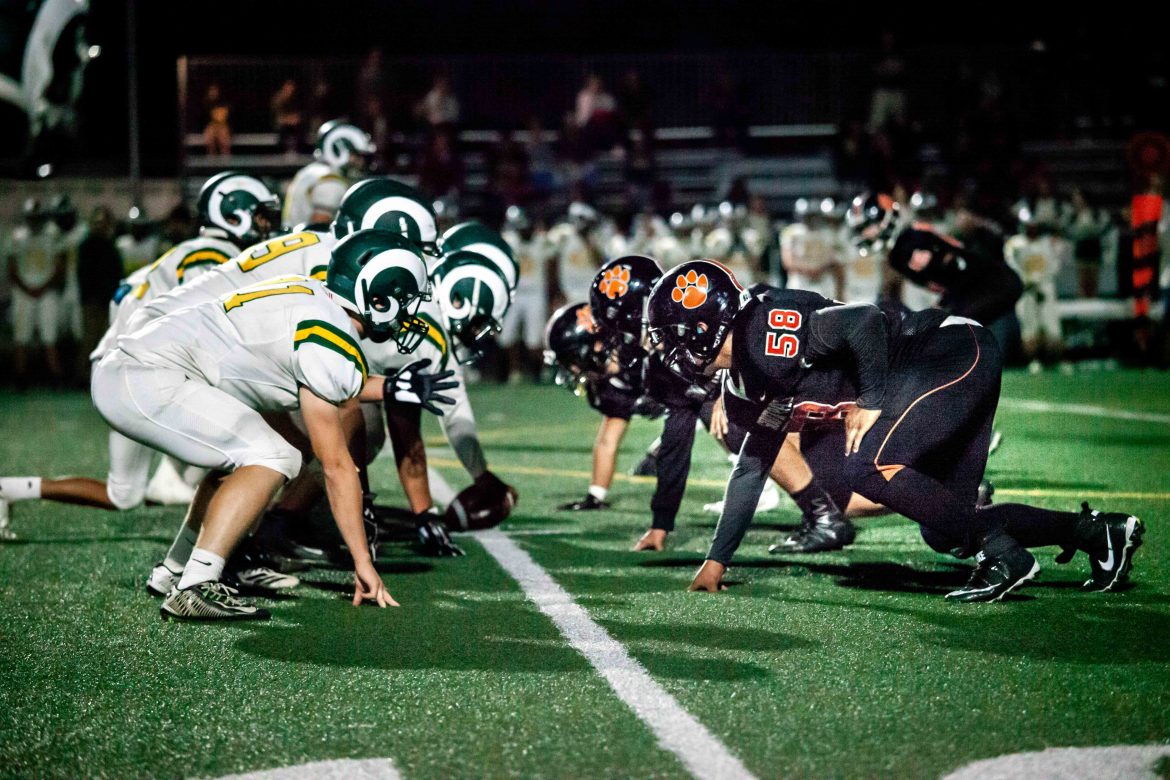 With over half the roster being first year varsity players, the team will lean on experienced seniors such as Luna-Long, Estrada, Jared Lachica, and Ethan Hong.

The 2018-19 season was yet another disappointing one for South Pas. Shorthanded and hampered by injuries, the struggling squad missed CIF for the fourth consecutive year. But the Tigers remain optimistic, treating the upcoming season as an opportunity to build a stronger program.

This year, the team will have to recover from the loss of 22 graduated seniors who carried the bulk of the weight on their shoulders. Still, the Tigers stride forward with confidence in their adaptability.

“Last year’s seniors were a great asset to the team, but I believe we have some talent this year and we’ll do fine without them,” sophomore cornerback Jack Riffle said.

Senior quarterback Samuel Luna-Long returns to lead a South Pas offense with high hopes that he can improve last year’s 10.3 points a game average. Alongside Luna-Long, running back Ivan Estrada has established himself as one of the team’s best players. The senior led the Tigers last year with 290 rushing yards on only 49 carries and 195 receiving yards. With Estrada, the team will rely on the running game and hope that his production will remain the same in a larger role.

With only a handful of dependable players, head coach Jeff Chi is focused on injury prevention. The Tigers played with their third string quarterback for the majority of last year, while many role players missed significant time. To combat the issue, Chi has been placing emphasis on strength and conditioning exercises, and is excited for the upcoming year.

“We’re always optimistic and that’s why we come back every year, working hard and preparing our kids,” Chi said. “There’s a lot of energy and a positive feel to it, so I think we’ll be good this year.”

The Tigers will kick off their preseason in a road game against Abraham Lincoln High School on Friday, Aug. 16.