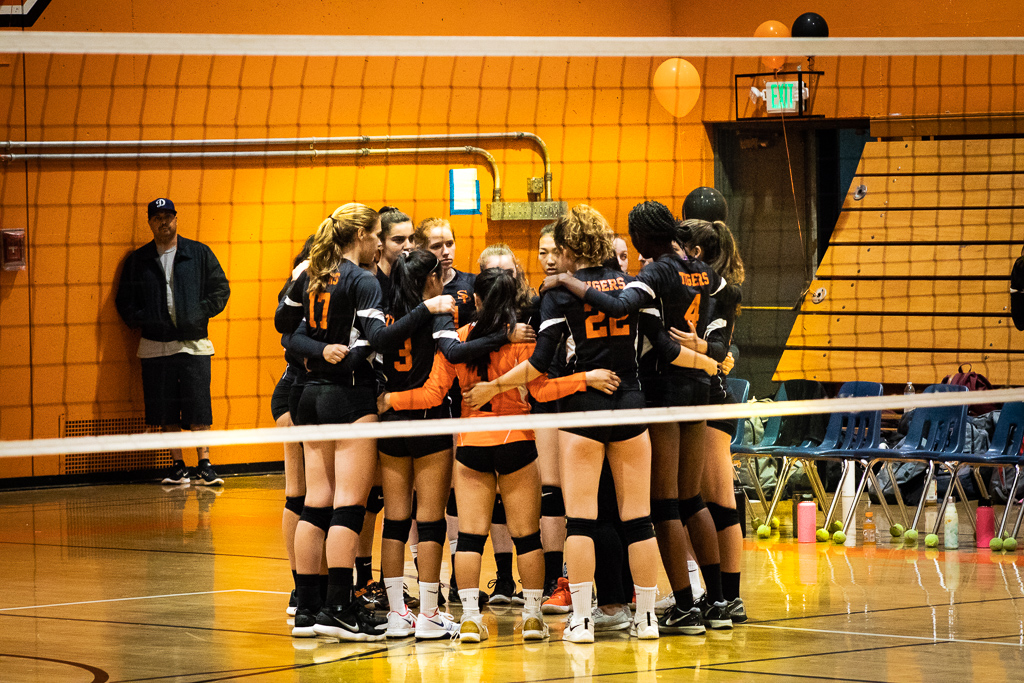 After a 26-11 overall record in her first year as head coach, Chew looks to lead the Tigers to their first league title since 2015.

Despite a disappointing first round defeat in the CIF playoffs last year, the girls’ volleyball team anticipates a great season. The Tigers, led by head coach Ivy Chew and new assistant coach Christopher Phanngam, are looking to improve from their 7-3 Rio Hondo League record last season.

Experienced varsity returners will give the team a solid foundation to build on. Junior setter Lexi Schroeder will provide hittable balls for sophomores Abby Garner and Alyssa Sokolow on the outside, while on the right side, junior Lola Foord will attack quickly and efficiently. Fellow junior libero Lindsey Hirano’s agility and accuracy will anchor the defense and keep rallies alive.

The veterans will compete alongside a number of upperclassmen who moved up from JV, in addition to four new underclassmen middle blockers. These younger players, like sophomore Erin Hughes and freshman Ava Dorny, will provide an exciting, fresh dynamic, as well as support the team with their blocking and hitting. Chew is confident that with the combination of raw talent and experience, the roster will have the depth to make a deep CIF run.

“I feel like this year we have a lot more well-rounded players that will help us work together and do well,” Chew said. “Last year we were close to taking the league championship, which gave us the opportunity to see what we needed to work on. I think this year the players that we have will help achieve that goal for us.”

With individual skills and athleticism already strong, the Tigers are concentrating their efforts on cultivating team chemistry, both mentally and physically. The team held a players’ meeting in the summer, outlining their goals and expectations.

“Our team’s goal is to win league championship and how we’re going to do that is by forming really strong connections on and off the court through team bonding and just getting to know the players a lot better,” Hirano said. “We’re also going to really utilize the time that we have. We want to make sure that we’re being productive with the two and a half hours that we’re going to be in the gym.”

The Tigers hope their focus on positive team dynamics and better time management will be enough to beat major rivals La Cañada and Monrovia. Girls’ volleyball will begin its championship campaign with a preseason matchup against Westridge on Tuesday, Aug. 20.