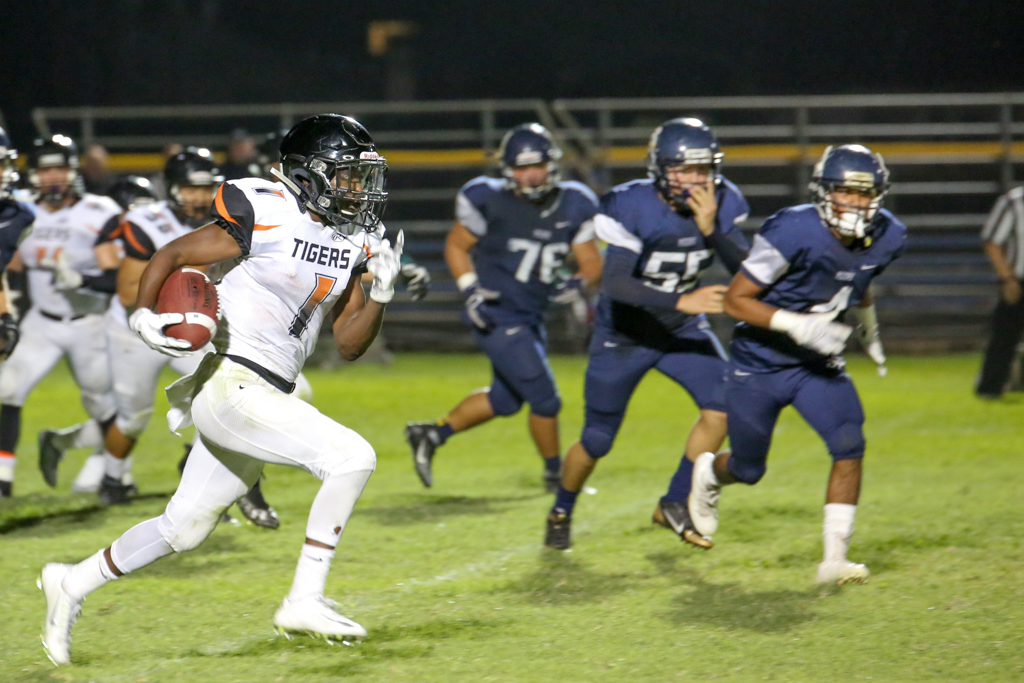 Ever since the beginning of the summer, Head Coach CB Richards has been hard at work molding this year’s football team into a potential playoff candidate. South Pasadena’s overall record last season, 8-3, was its best in over a decade, but Richards believes the Tigers can repeat this success heading into this year.

South Pas made the playoffs after almost a decade long drought, but many wonder whether or not this year’s team can live up to the hype after losing several key players to graduation the previous season, particularly defensive player of the year Anthony Bakhshi.

“[In terms of Bakhshi] you don’t replace someone like that,” Richards said. “This year, it’ll have to be a combined defense with everyone contributing and swarming the ball.”

One of the most notable improvements Richards has noticed in this year’s roster has been the team’s depth at the defensive line. With the starting lineup weighing in at an average of 270 pounds, the team hopes the new players will create more trouble for the opposing quarterback and account for more stops on defense.

“We’ll be able to generate some havoc against the offense, plus put pressure on the quarterback and create more turnovers as compared to last year,” Richards said. “Our line will be fresh to help take pressure off of the linebackers and allow them to make plays of their own. All we have to do is give the defensive line a good game plan where they can execute their job more effectively, and if they can do that, it’ll make everyone else’s job easier.”

Another notable shift in the team’s roster affects the team’s defensive secondary. The departure of players like Emiliano Sornoso, Max Garcia and Kenneth Linares severely depleted the Tigers backfield coverage, making some wonder if South Pas can improve upon the 15 interceptions caught last year.

Although this year’s secondary is younger than before, players like senior Jalen Ross and startup junior Sydney Luna-Long will help lock down the back field for South Pas. Ross accounted for five interceptions while Luna-Long provided depth in the deeper defense in the latter half of the season.

The Tigers will also need to revamp their running game. Losing players like Jason Takarabe, Emiliano Sornoso, and Christian Carter will hamper the team’s ground attack. Last year, the three players shared the back field and rushed for a combined average of 5.6 yards per carry.

The team’s offensive line will also head into their first game without senior center Coby Pineda. The First Team All League lineman suffered a leg injury during summer training. It has not yet been determined when he will return to the active roster, but his absence on the field will hinder the lines effectiveness as seen in the previous season.

Despite this, the Tiger’s have shown potential in their passing game this offseason. Returning receivers like senior Ben Quirk and Ross paired with quarterback senior Adam Arellano will provide an effective passing and receiving offense for South Pas. Last season Ross averaged 11 yards per reception, while Quirk provided quality yardage at the slot position in the team’s spread offense.

“Last year we relied a lot on Max Luck for our pass offense but this year, these guys will try to build more of a team effort in that area. I think our quarterback position will be stronger in regards to having Arellano giving us a mobile quarterback to work with,” Richards said. “If we got the running game going then our pass game will be able to open up and vise versa.”