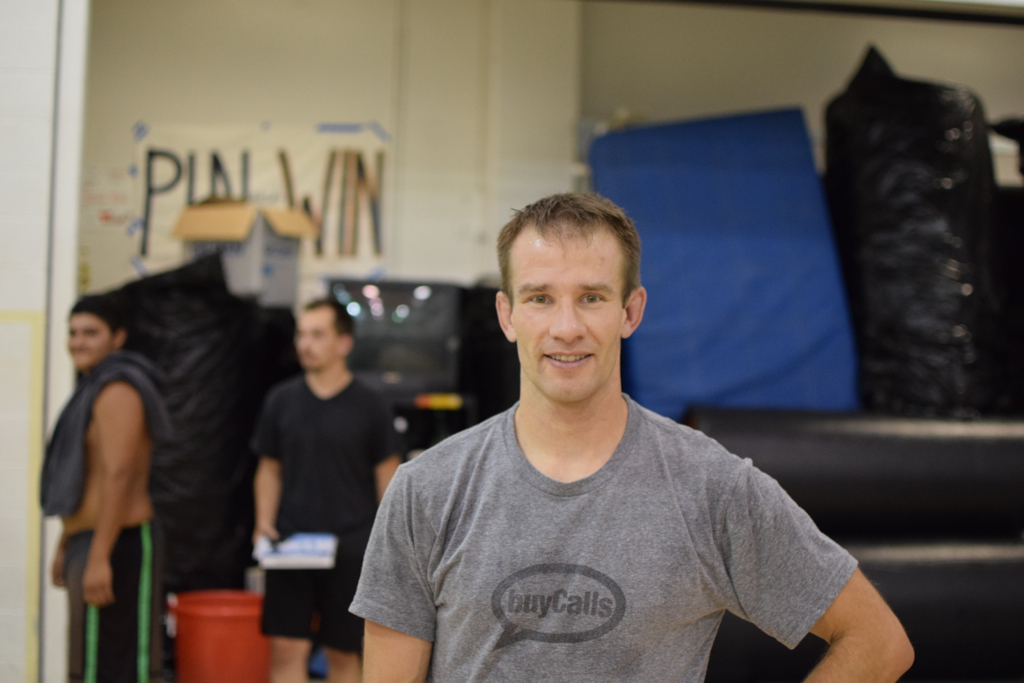 On a Thursday evening, inside the gym, the wrestling team is practicing. The patter of feet and knees rubbing against the new black mats is the only sound coming from the seven athletes. They quickly transition from drill to drill, unusual for a summer practice, which are normally more relaxed.

Jeff Robinette, a young, robust looking 33-year-old, signals to them the end of practice.

“When you walk into the practice room and [Robinette] is there, you know there’s no messing around,” assistant coach Victor Gonzalez said.

Jeff Robinette is a newly returned assistant coach to South Pasadena. Overseeing this summer’s practices, often having only a handful of wrestlers, Robinette makes sure every minute during the three hour practices counts. He has been working to bring a new attitude to the squad: dedication and a work ethic that echoes Robinette’s own personal philosophy.

Robinette initially began coaching for South Pasadena in 2004, after arriving in southern California to pursue teaching. During one of the seven years he coached, the team achieved second place in league (just a few points behind Monrovia). He left South Pasadena in 2011, and headed to North Carolina to get a master’s degree in business. Robinette was unable to finish his degree, however, having been diagnosed with cancer. He took on the battle against the disease with the same attitude he learned on the wrestling mat.

“Faced with chemo, I don’t think there’s anything that can prepare you for it,” Robinette said. “I would take it one day at a time, and just get through it.”

He not only recovered, but flourished. His drive for physical discipline and mental endurance led to him running ultra marathons: races that are longer than the traditional 26.2 mile marathons. Robinette pushed himself, participating in 100-mile runs, ironman triathlons, and races that would last up to 62 hours straight. North Carolina might have become too small of a state for a man who could run its length.

He soon realized that a career in business would be ill-suited for him, so he returned back to his calling — teaching. Robinette returned to southern California this year, to renew his teaching credential and become a high school math teacher. Naturally, he also returned to his former position as a wrestling coach at South Pasadena.

During Robinette’s absence, the team’s numbers have gradually fallen. The absence of heavier weight classes has been a burden to the team’s league standings; no league duels were won last season. But Robinette looks to bring the wrestling squad back its competitive edge, starting with the basics.

“I don’t ask for ability or success, I just ask for dedication. The hours you are here, you are here. It’s go time,” Robinette said.