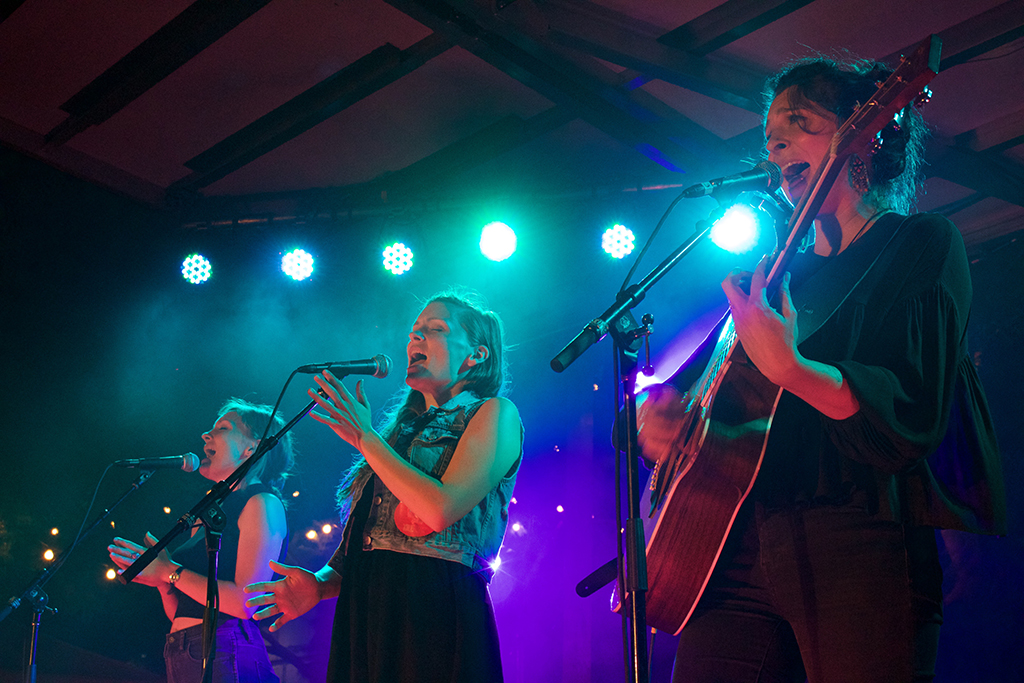 The rare cool summer night welcomed the sounds of acoustic guitars and ethereal harmonies on July 29th. The source was Joseph, a Portland based sister band, performing at FIGat7th

FIGat7th partnered with Arts Brookfield to create a free, general admission music festival. The FIGAt7th Downtown Festival is held Friday nights from 7:30 to 10:00 and features musicians from all types of genres. Before the show, it was easy to kill time in one of the stores that border the Arts Brookfield stage.

Joseph captured the audience with stripped down versions of their songs. The acoustic guitar showcased each band member’s powerful vocals in a new light. During the weekly summer music festival, the band kept the audience entertained and despite their mellow discography, cracking jokes in between songs.

Later in the evening, Joseph performed their more energetic songs like ‘White Flag’ and shared stories about touring in Germany and the lack of non-German food options they encountered. Fresh off of an extensive tour with James Bay as well as their own European tour, the band certainly gained experience. Their experience showed with their distinct crescendo vocal style that adds a fascinating twist to all of their songs.

Despite the band’s youth, audience members ranged in age but were equally lively. Throughout the set, people sang along with Joseph. And performing a lesser known song didn’t stop people’s enthusiasm. Joseph’s musicality shone during their wonderful set.

Joseph shines at FIGAt7th music festivalThe summer festival was an entertaining night filled with eclectic music, and Joseph was a great band to see live. In an age of costly live music, Arts Brookfield and FIGAt7th offered a priceless experience with no charge.