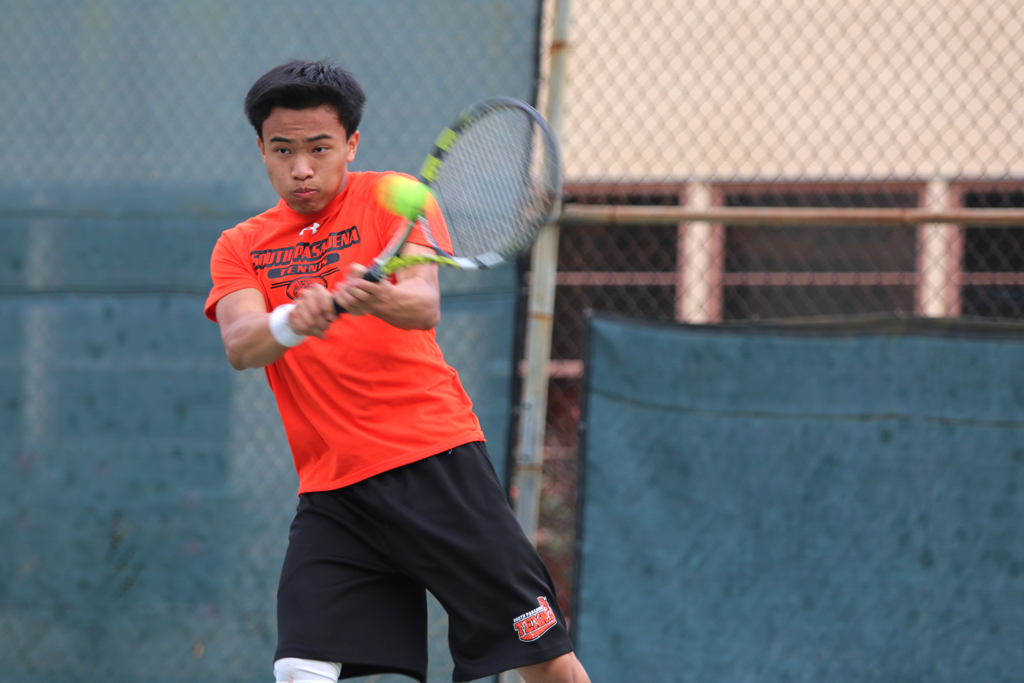 The team has had to quickly bounce back from the departure of former coach, Carlos Husche-Favella, after the 2016 girls’ season. Taroli held tryouts in early February and appointed seniors Jason Cai and Kendrick Shen as co-captains for the varsity squad.

Along with the loss of three graduated seniors, the Tigers have also had to cope with some of their main lineup not returning. Juniors Nick Corvino and Simon Stans alongside seniors Jesse Chen and Hoyt Gong have left the team due to various reasons.

We have new, and very talented, additions to our team. Additionally, Kendrick [Shen] came back this year to play singles, and Jason Cai has moved up to play singles,” senior Daniel Hong said. “I believe that the loss of players will not sway the performance of our team because our lineup this year.”

On Thursday, February 23, the boys scrimmaged against Crescenta Valley High School and suffered a loss of 16-2. Despite Crescenta Valley’s strong lineup, upcoming talent freshman Ben Pistana and Cai were both able to get a win.

This was the team’s first away match and it was extremely windy on the court. Since the weather was so out of ordinary and invasive, I believe that the scrimmage is not an accurate reflection of what we [the team] can do,” Shen said.

The addition of many new faces has the Tigers feeling optimistic for the upcoming season because they have a chance to claim the title as best in the Rio Hondo League. They hope to defeat their biggest opponents, San Marino and La Cañada. South Pas’ first league match is Thursday, March 23, against Temple City High School.