Home Feature Revisiting The Adventures of Priscilla, Queen of the Desert’s influence
FeatureFeaturedReviews 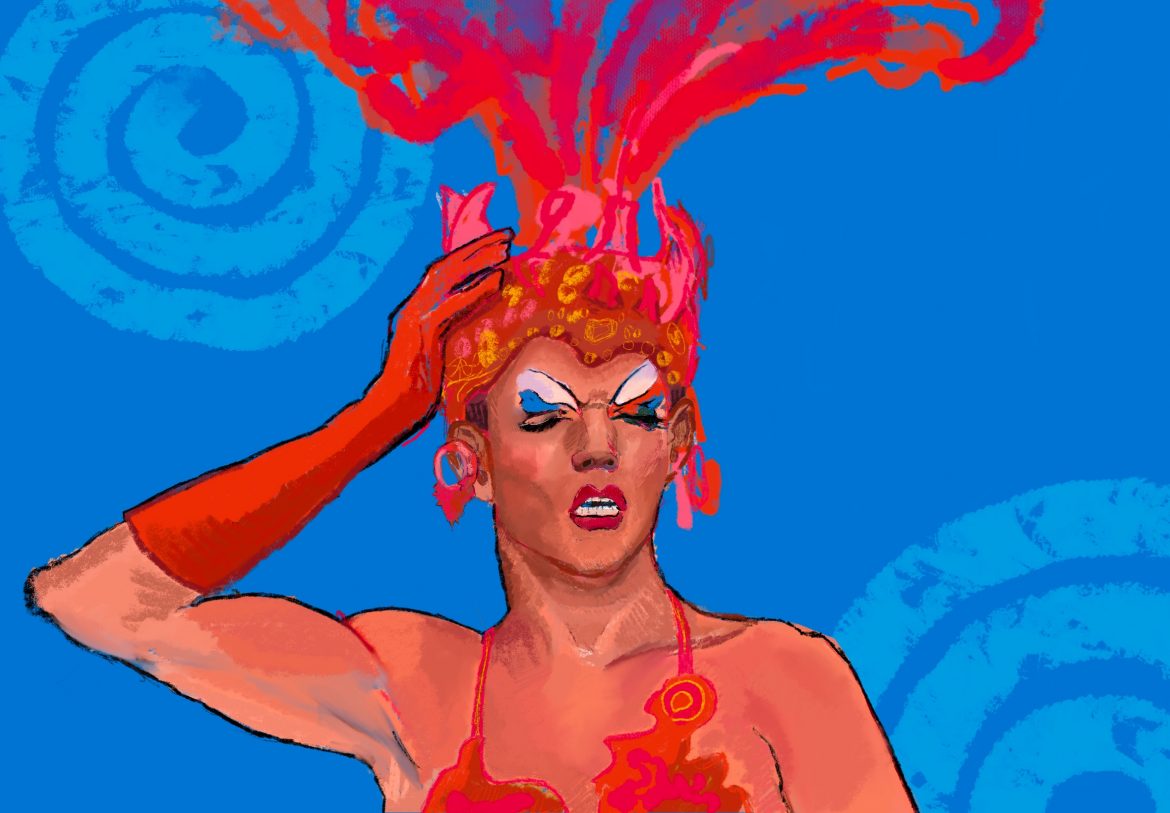 From inspiring the likes of Kinky Boots and RuPaul's Drag Race to prompting further acceptance of the LGBTQ+ community, Priscilla, Queen of the Desert's impact on both the film industry and queer culture have been vast.

The Adventures of Priscilla, Queen of the Desert’s extravagant, ABBA-filled 1994 debut marked a monumental shift in both the film industry and queer culture with its refreshingly positive representation of gay and transgender people. The Stephan Elliot helmed film tells the story of drag queens Felicia and Mitzi (Hugo Weaving and Guy Pearce) along with trans woman Bernadette Bassenger (Terrence Stamp) as they traverse Australia in a beat-up camper van christened Priscilla, Queen of the Desert, to perform in a drag show.

The premise promises humor, and Priscilla delivers. Whether the dialogue is witty spats amongst the central trio or brilliant one-liners — Priscilla, Queen of the Desert packs a humorous punch, but never at the expense of the protagonists. Although the obnoxious Adam Whitely — also known as Felicia — is the punchline of multiple jokes, he (as with all the characters) has a witty retort to reiterate that we are laughing with him and not at him, that alone being rare for queer characters who are frequently used as the punchline of a joke.

Priscilla also avoids victimizing its protagonists, who are often subjected to homophobic and transphobic violations. Bernadette Bassenger always has a crude or biting remark to put the assailant in their place: whenever vitriol spews, she spews right back. But when words aren’t enough, Bernadette is prepared with a physical action — both against homophobic onslaughts and Adam when he continues to deadname her.

In the film, homophobia and transphobia appear infrequently but are always a menacing presence. When a homophobic AIDS-related slur is plastered on the side of Priscilla, Felicia picks up a spray can and paints the bus lavender. Incidentally, the color lavender is associated with LGBTQ+ resistance after the Lavender Scare, a moral panic during which the government interrogated and subsequently fired LGBTQ+ civil servants. Seeing the color lavender reclaimed in powerful acts of defiance further revitalizes the film beyond a typical on-the-road comedy.

The aforementioned paint act of insurgence is a constant motif throughout the film. Although not always literally visible in acts of resistance carried out with art supplies, it always adds color.

Priscilla premiered in Australia in 1994, when the AIDS crisis was dwindling. The cases plummeted after the advent of antiretroviral medication in the mid-90s — however, this does not mean that AIDS was not still at the forefront of queer discourse. The hostile climate Priscilla was born into wasn’t only AIDS-related. When The Sum Of Us, a film starring Russell Crowe that premiered the same year as Priscilla entered the talk show circuit, a scene was shown of two men being intimate and was met with laughter from the studio audience.

Gay issues at the vanguard of popular culture were still in their infancy. Australia itself has had a checkered history with the LGBTQ+ community. It was home to a famous drag group called Les Girls, which is mentioned multiple times in the movie. One of the Les Girls, Carlotta, is credited as the first openly trans actor to play a trans character when she was on the Australian television show Number 96 in 1973. Additionally, Number 96 is also the first soap opera globally to show an openly gay character. Despite queer representation in Australian media being leagues ahead of the United States, homophobic attacks were still common in Australia throughout the late 20th century.

Sydney, where a portion of Priscilla takes place, was the queer epicenter of Australia in the 80s and 90s, but was also a target for homophobic groups that targeted gay men in murder plots. The possibility of death at any moment, whether from AIDS or hate crimes, was the horrifying reality that the Priscilla characters were living. That is precisely why Mitzi itches to leave Sydney at the film’s beginning to search for another place to call home.

This search for belonging is a central theme throughout the film, and after seemingly endless homophobic rampages, the core three characters wonder where exactly their home lies. The definition of home varies for each of the characters, similar to actual queer audiences watching. The familial and societal rejection queer people often face  lead them to form tight-knit communities with each other that eventually become home, similar to the drag scene portrayed in the movie.

Priscilla packed a lot of camp into that camper van, whether it be the phenomenally gaudy costumes or the astounding production numbers. Regarding the Oscar-winning ornate costumes created by Tim Chappel and Lizzy Gardner, flip flop dresses and an emu-Esque attire serve as the pinnacle of fashion.  The costuming isn’t just stylish though, it serves a historical purpose. Fashion theorist Valerie Steele in an interview with Dazed Digital theorized that queer people needed to be able to dress in a way that would allow them to to analyze and recognize fellow queer people but also go unnoticed in a homophobic society.

This heightened awareness, while present in Priscilla, was subverted for the opposite effect. The characters in Priscilla aren’t dressing to decode, they are dressing to dazzle. Their drag outfits make a spectacle. However, the desired effect isn’t always achieved. This overtly queer fashion does attract homophobia, but the prejudice is quickly discounted.

This complete disregard of homophobia contributes to the indelible impact that Priscilla had on all audiences. However, one should note that all three leading characters are white and played by straight, cisgender actors. It is not indicative of the full spectrum of the LGBTQ+ community. Despite the movie’s shortcomings, it paved the way for more diverse queer media associated with drag, such as Kinky Boots and RuPaul’s Drag Race.

In fact, according to Screen Australia, the Australia government’s key film industry funding body, The Adventures of Priscilla, Queen of the Desert has had the most remarkable cultural impact of any local film released between 1993-1997. Priscilla spawned a musical that plays worldwide. There are traveling Priscilla shows all over Australia. At the Sydney Olympics, drag queens performed at the closing celebrations. In Broken Hill, (the first hostile Australian town the trio set foot in), there is a drag festival titled The Broken Heel. These impacts are not just performative, they have irrevocably changed how queer people were perceived in both Australia and the world at large.

An exquisitely funny, poignant, heartwarming, and lively romp that ushered in a new age for LGBTQ+ cinema with its humanizing portrayal of trans women and gay men, Priscilla Queen of the Desert is anything but a drag.