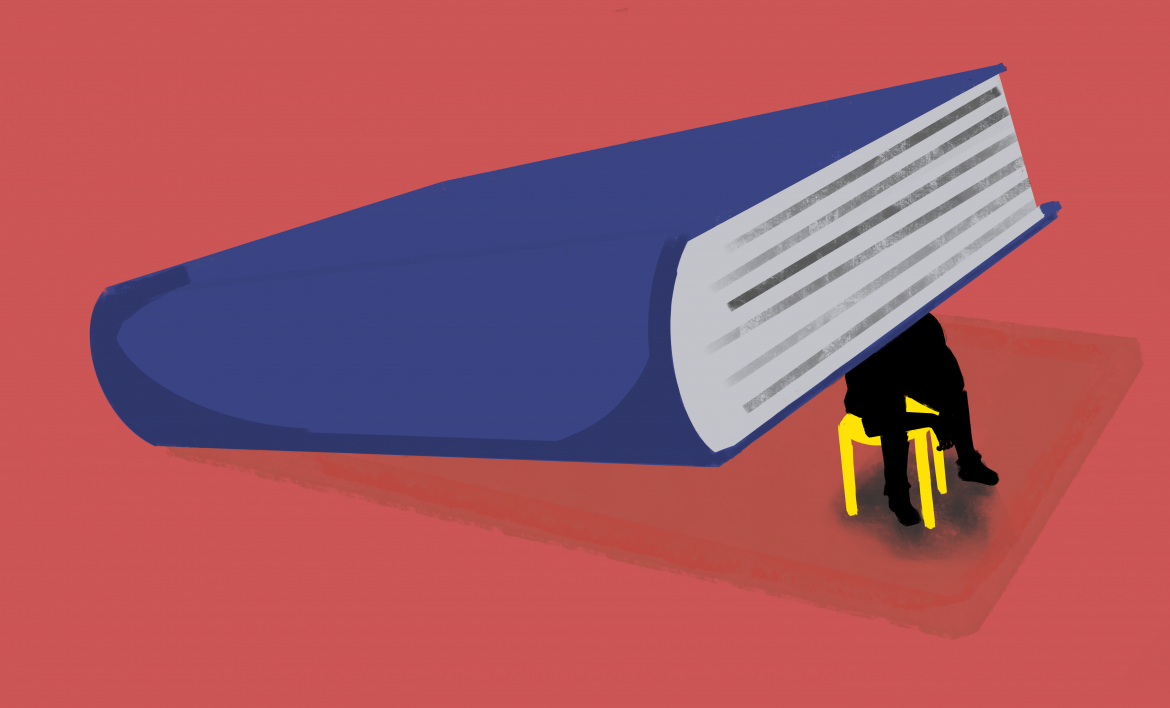 Outdated textbooks are giving students an outdated view of history.

On April 18th, 1975, Reverend Marvin Horan was found guilty by a federal jury of conspiracy to bomb a school. This was after three months of nonstop racist and violent protests, which included the armed hijacking of school buses, the harassment of individual students, and three separate attempts to bomb educational buildings. The reason for this violence was the  adoption of 325 new textbooks, which among other things, featured the existence of Malcom X and the idea that African American Vernacular English is an equally correct dialect as Appalachian English. This is all to say that the debate over the contents of textbooks is not only one that inspires immense passion, but one that has been long fought.

The battle over the contents of textbooks stems from a wider conflict regarding the way the study of history and foreign cultures is conducted in public schools. Textbooks, of course, become the surrogate for this conflict, as they are the physical manifestation of curriculum. This conflict is not new to SPHS either. A number of student organizers in the past few years have rallied around the removal of The American Pageant textbooks used in the AP U.S. History curriculum to no avail. These textbooks are not only still in commission, but have not been stocked past the 12th edition, written in 2002.

It was Howard Zinn who stated that “There is no unbiased way to teach history,” Which is a quote that rings especially true with The American Pageant books, which come from the brain of Stanford historian David Kennedy. Understanding the bias in textbooks means understanding what parts of history a textbook does and does not choose to include, and why. In the case of American Pageant, Kennedy chooses to include a large number of historical interpretations that reflect charitably upon slave owners, among a number of other overtly racist narratives about the American South.

Unfortunately, the history curriculum doesn’t feel that this apparent bias is enough to warrant change. Honors and AP U.S. History teacher Mr. Valcorza argues that “when analyzing textbooks, we must overlook terminology and focus on the broader analysis of historical ideas.”

This is an interesting idea to consider when discussing textbooks, as it raises the question of whether or not the rhetoric and broader themes can be separated. The history department has already given thought to this question, as to their credit, SPHS has made efforts to at least address individual instances of racism in the broader works, but these attempts have felt time and time again like an attempt to put a bandaid on a broken arm.

This is relevant as the issue at the core of American Pageant isn’t that David Kennedy occasionally uses terms like “Indians” or “the blacks,” but that by framing slavery as something that the South immediately regretted and worked to atone for gives a false and harmful interpretation of events. This is politically relevant, as teaching a narrative that frames the Jim Crow south as redeeming itself for slavery is a false and harmful interpretation that is foundational to the denial of concepts like systemic racism.

This extends to a broader criticism of the history curriculum, as the framework in which we present historical events determines our fundamental understanding of these events. It is one thing to frame the fall of Napoleon as the result of three avoidable mistakes rather than the shortcomings of a nationalist empire built on war, but it is an entirely different thing to blatantly tell students that “to claim that the constitution was shaped by financial interests of its authors is a grotesque distortion.”  (The American Pageant, Page 177) The usage of problematic rhetoric by The American Pageant is harder to ignore in the context of a book that blatantly asks you to assume a specific set of views on US history.

Fortunately, understanding that bias is always present in the teaching of history is vital in designing for the future. The problems described with the APUSH textbook are not an exception, but the norm, as these issues plague a number of other history textbooks as well. When adopting future textbooks, a focus on oppressed voices is key to ensuring that systems of oppression are highlighted in the curriculum. Despite the idea pushed by Mr. Valcorza that all voices, including that of David Kennedy can provide equal perspective into historical events, this is simply not the case. We must understand history not as just the study of the past, but the study of how that past affects the present. Furthermore, it would be asking the bare minimum of SPHS to at least address the biases in the curriculum. Whether this takes the form of additional reading material and lessons to address said bias, or to adopt another curriculum entirely, change here is vital to adapt to a modern understanding of history.

SPHS needs to end its outdated stance on drugs

Confident female sexuality is exactly what feminism is