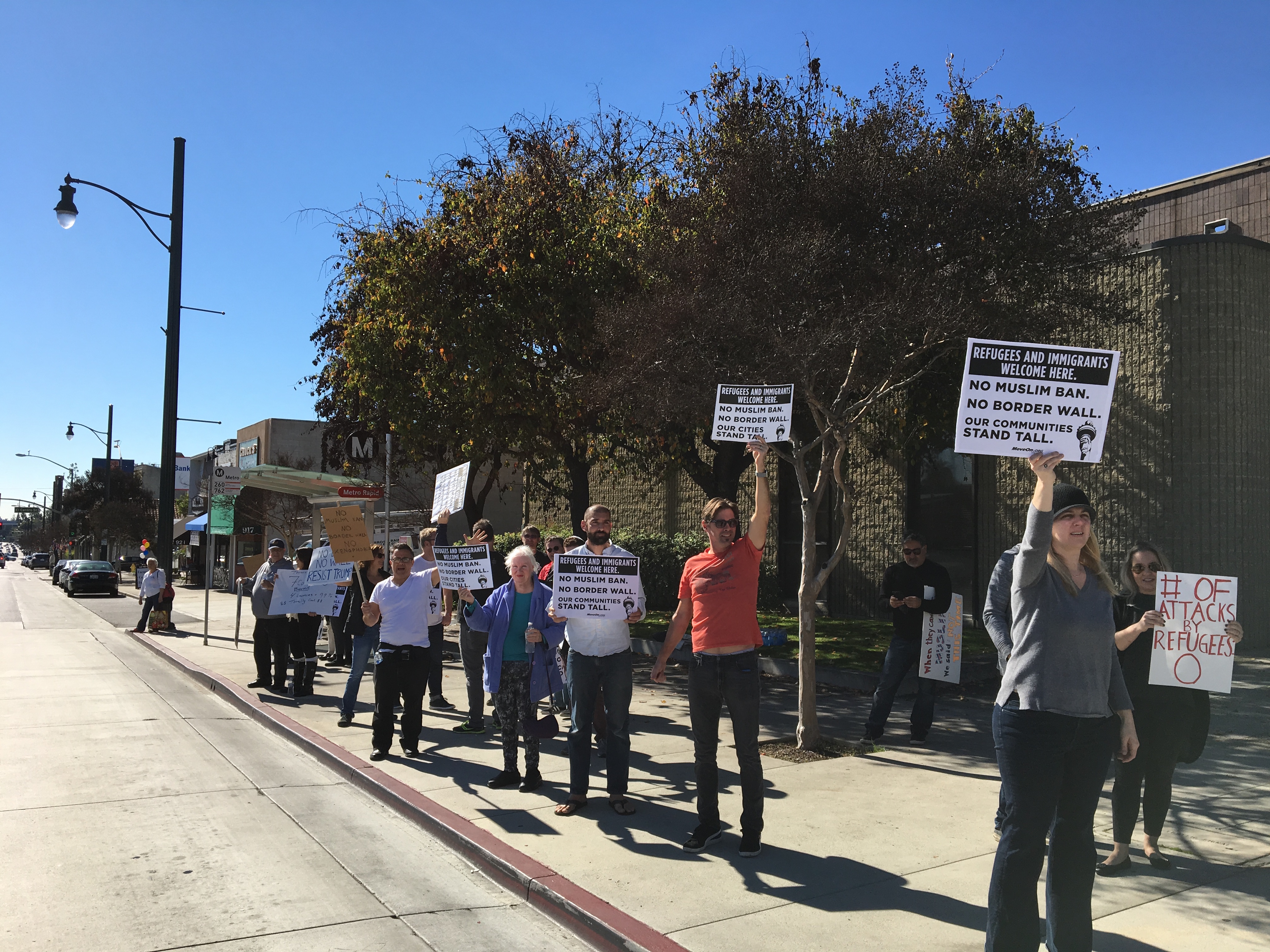 South Pasadena residents did not stay silent after President Trump’s executive order on immigration this Saturday. A protest of around 32 community members chanting and holding signs clustered at the southwestern corner of Mission Street and Fair Oaks Avenue from 10:00 AM to noon. The gathering, organized by activist group Progressive Folks of South Pasadena, was met with honks of solidarity from passing cars.

The protest was sparked by Trump’s order to temporarily ban all travel from seven predominantly-Muslim nations and bar Syrian refugees from entering the United States indefinitely. Protesters gathered specifically against that issue, holding signs with the words “refugees and immigrants welcome here,” as opposed to the broadly anti-Trump presidency sentiments of last week’s Women’s March.

South Pasadena resident David Beadle organized the event earlier this week, but the protest was made more timely after Trump’s executive order and was adapted to respond to the issue. The event expected less than 15 participants, but was met with unexpected excitement from the community.

“It’s a good first start, I’m happy [with the turnout]. Even if two people had turned out, I would have been happy,” Beadle said.

Progressive Folks of South Pasadena plans to hold similar protests each Saturday morning for the foreseeable future, tackling a different issue each week.