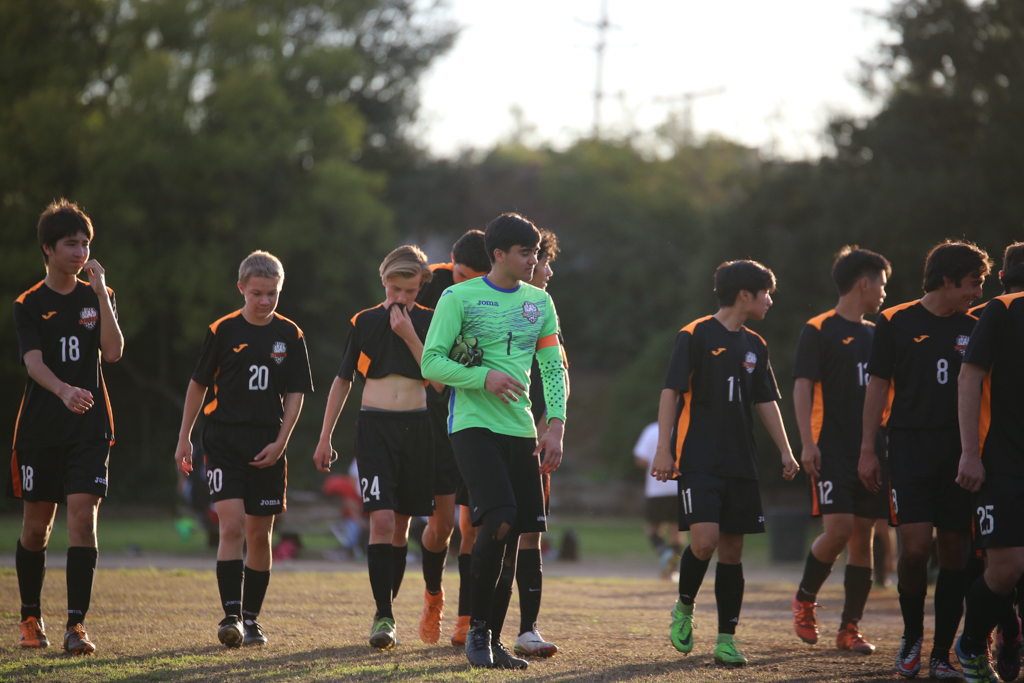 The boys’ varsity soccer team secured its fourth win of the season after closing out the Vikings at Blair High School with a final score of 1-0 on Monday, January 30. With this victory, the Tigers hold a dominant third place spot in league at a record of 4-2.

South Pas started off the game with more confidence handling the ball after struggling during the previous game. Within a couple minutes, junior David Choi attempted his first shot at the goal which flew over the crossbar. Despite this, Choi was undeterred and fired another shot at the net, but failed to exploit the opportunity as his shot hit the post and stayed in play.

South Pas continued to be smart and aggressive on offense, firing quality shots at the goal, but failing to get them past the Vikings’ goalie. The Tigers maintained their poise and finally capitalized off of a perfectly placed corner kick by sophomore Henry Barbara that connected with junior Jack Renken for a header into the goal.

South Pas followed up this performance with lockdown defense on the Vikings’ ensuing drives. Strong tackles by junior Hank Rainey allowed the Tiger defense to repel Blair’s repeated attacks throughout the half until a last minute shot by the Vikings nearly tied the game. However, this was deflected by sophomore Jett Donlevy, only a few feet away from the goal.

Heading back into the second half, South Pas came out more polished than in the previous half. Quality passing from the Tigers allowed them to carve through the Blair defense for a chance to the extend the lead. The Vikings held off the repeated South Pas assaults and countered with explosive dribbling from their forwards to try to even the score. With regulation time counting down, Blair entered a shooting frenzy to try and even the score with the Tigers. The Vikings’ efforts were shut down by key saves from senior goalkeeper Kevin Foster, who also snagged the final Blair shot to close out the game.

“I thought everyone showed a lot of heart in the game, but I think we should’ve put more opportunities away,” Barbara said. “I think we need to stop forcing the ball on offensive and keep it more controlled on the ground. Once we connect with our passing in the midfield we’ll do a lot better in our next games.”

The team’s next opponent will be Monrovia High School in the Tigers’ final home league game of the season on Wednesday, February 1.