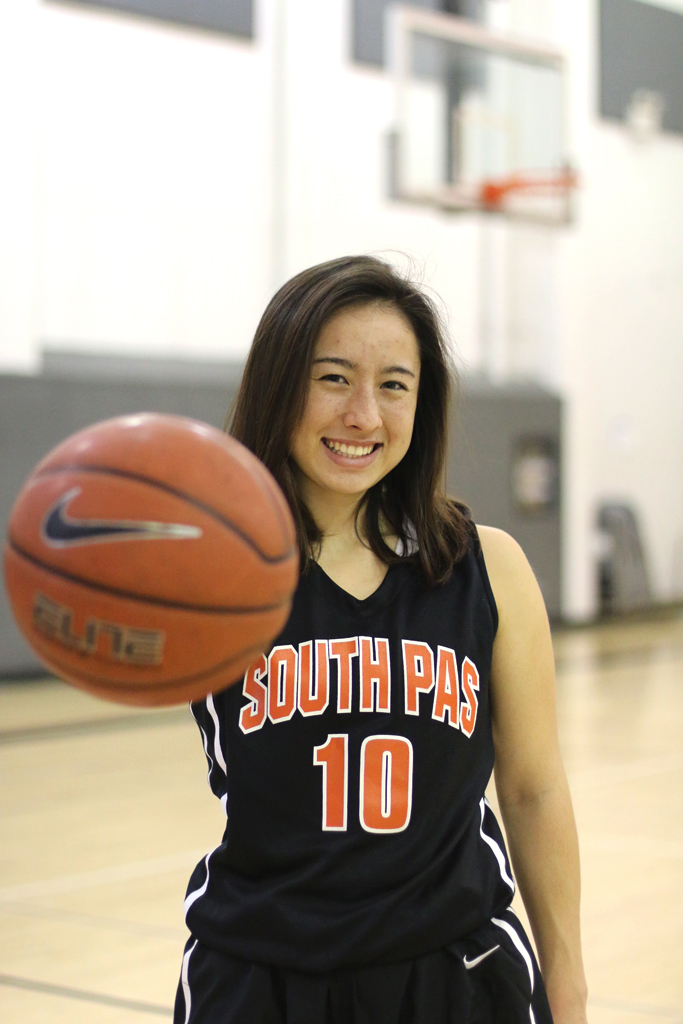 Senior Kristen Kafkaloff dribbled her first basketball from her parents at the age of four. Kafkaloff began to play in the Japanese American Optimist Club shortly after finding a passion for the sport. Now a four year varsity member, the 5’4” shooting guard hopes to lead the team to another state playoff berth after reaching round two last year.

Being a captain this year and the team’s only senior puts Kafkaloff in a position where her teammates look to her for guidance. Whether on the court on in the classroom, she has always been a symbol of determination.

“She is a motherly figure who brings a positive attitude and shows complete composure,” junior Jalynne Li said.

Kafkaloff has gradually developed into the team’s offensive firepower, attributing 16 points per game in the 2015 season and scoring 19 points in the preseason this year.

“We have been working hard to get in shape so we can use our speed and strength over taller teams,” Kafkaloff said. “Every game and practice we are working to improve individually in our ability to play together as a team.”

Kafkaloff has no plans in continuing to college basketball, but hopes to play intramural or club basketball after her high school career. Kafkaloff plans to major in computer engineering and minor in computer science although undecided where to attend for college.

“I will really miss the competition and excitement of each game,” Kafkaloff said. “I think what I will miss most about the sport are the people, my teammates and coaches. They’ve been my family since freshman year and I’ll never forget our crazy, fun, and

Kafkaloff’s accomplishments also range from being the ASB Commissioner of Internal Affairs, the Copa de Oro business manager, and the Co-President of Coding Club. In all she does, Kafkaloff exhibits the strong leadership and spirit she has developed on the court.

Bungalows in place to alleviate overcrowding in science building