Bungalows in place to alleviate overcrowding in science building 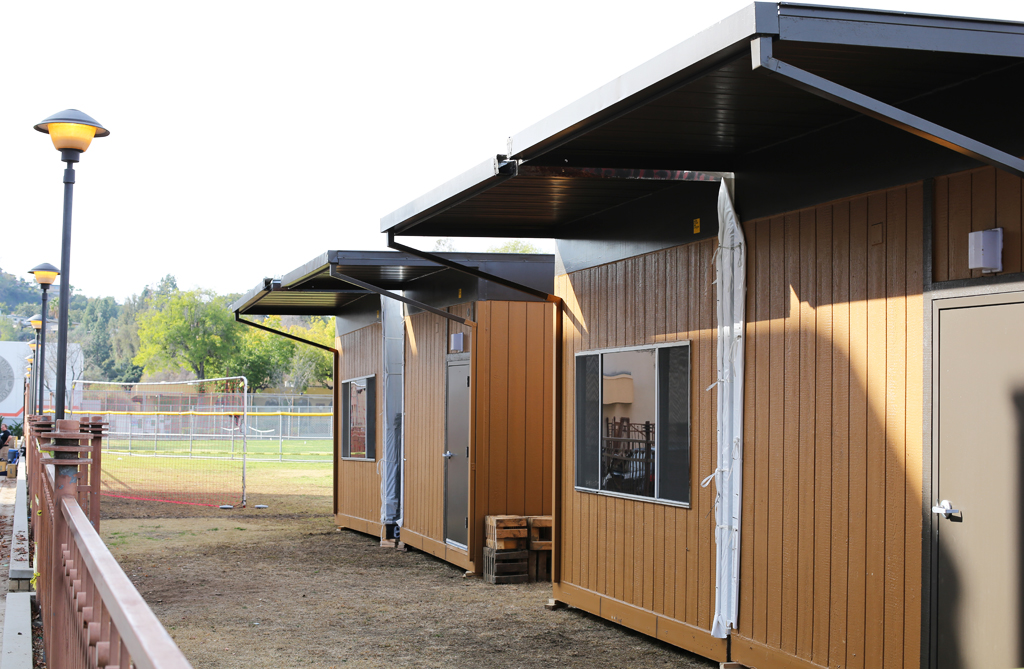 Temporary bungalows were installed on the practice field in an effort to reduce the number of teachers sharing classrooms. Class periods will begin using them starting second semester. The bungalows are being leased for two years, while plans for a new science building are undergoing development and approval. There are currently 10 science teachers that require access to labs. However, there are only five lab rooms at SPHS, forcing teachers to constantly move rooms.

The plans for a new science center have been delayed for years due to other projects across campus, but the bungalows are the first step towards its completion. However, the bungalow rooms are only approximately two-thirds the size of a regular classroom and current sciences classes are already overcrowded with students. These bungalows won’t have access to gas, howeverwill still have water and electricity.

“[Not having a room] not only poses a challenge for teachers, but also creates a learning environment that isn’t good for the student,” science teacher Mr. Ben Ku said. “As a teacher, I feel bad because I can’t do more. Students can’t access me because I’m always moving and I don’t have a permanent spot.”

Currently, the plans for the building are in the design stage, which will take three to six months. Once these are finished, the plan for the new building will be sent to the Division of State Architects for approval. Approval will take around six months to be finalized, and additional time will be needed to actually build the structure.

“[The bungalows are] a very temporary solution that is a step in the right direction,” Ku said. “However, the overcrowding of the science department needs to be addressed as it has been a challenge for teachers to provide the best learning environment.”