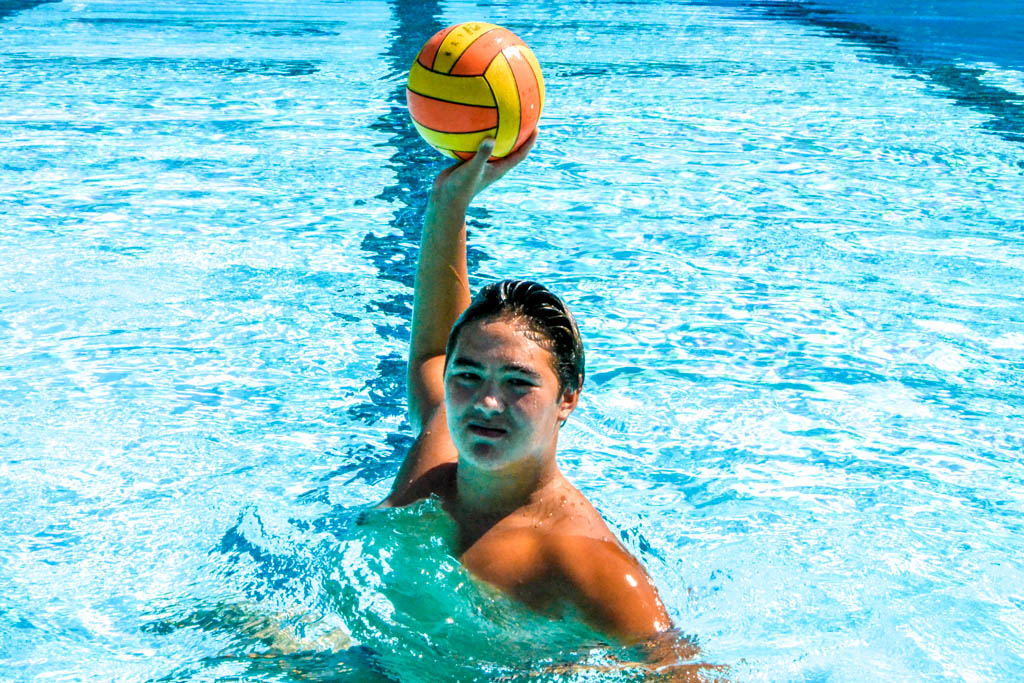 Junior Jasper Lee is known by his teammates to be a powerhouse in the pool as well as a uniting force on the boys’ varsity water polo team.

Lee has always enjoyed swimming as his mother is a member of the Masters Swim Team at the Rose Bowl. After competing in both swim and soccer as a young kid, Lee began his water polo career as a sixth grader. He has been playing continuously since and now competes on both the varsity team and the 18 and under A division of the Rose Bowl Water Polo Club.

In July, Lee and his Rose Bowl Water Polo team competed in the USA Junior Olympics, finishing fourteenth in the gold bracket. During the 2015 school season, Lee worked both offense and defense to help his team win league championships and reach the first round of CIF, a significant improvement from the previous year’s record.

Though he usually plays center, Lee is a flexible player and can fill in proficiently for most positions. His versatility allows him to play a leading role during the club season while constantly progressing and learning from his teammates.

Despite a hectic practice schedule, Lee makes school a priority and maintains excellent grades. His interests include math and science though he excels in all subjects. The little free time he has between school and practices he spends with his friends, many of which are his teammates.

“All the guys on the team are friends… we enjoy playing together and I think that’s one of the best parts about it,” Lee said.

Lee’s teammates value his positive attitude and cheerful sense of humor in addition to his skill.

“He is able to execute plays really well and have fun at the same time,” junior Owen Carlson said.