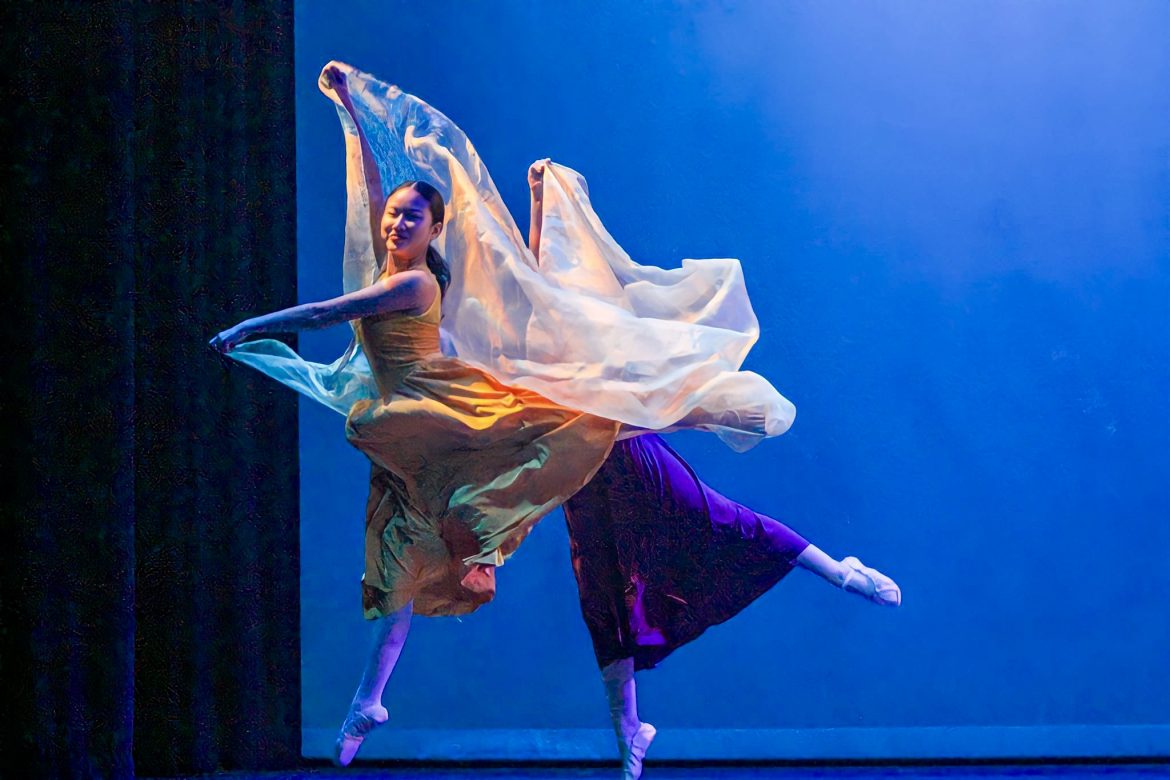 Performers from Dance I, II,III showcased work through various genres of dance and music.

The SPHS Dance Program held their annual winter concert on Friday, Dec. 2 and Saturday, Dec. 3 in the Anderson Auditorium. The dance program prepared for this concert in choreography and formations throughout the year. The concert consisted of two acts featuring both group and solo numbers of performers from Dance I, II, and III.

The first act titled “Comfortable In Your Own Skin,” featured a series of dramatic, themed dances. The entire act was choreographed by SPHS dance instructor Courtney Cheyne. With five pieces, the theme centered on “knowing and accepting who you are in [the moment when you are comfortable with yourself] despite the inside and outside voices telling you otherwise.”

The final two pieces of act one, entitled “Into the Fray” and “In Ones Own Skin” mirrored one another. While the first featured Adrian Berenguer’s high-tempo “Continent” in all-black outfits, the second piece slowed the pace down with all-white attire. The two pieces mimicked and contrasted each other with a contemporary and ballet styled dance alongside different styles of music and clothing.

The second act featured several performances from guest and student choreographers. With several pieces following genres of hip-hop, lyrical, and ballet, the second act of the concert was more freeform and focused on creative expression. While the first act was thematic, the second act allowed for dance students to showcase self-choreographed pieces in the concert.

“I have enjoyed all the themes that Ms. Cheyne has brought to the winter concert,” dance captain senior George Hong Sheng said. “Seeing how the winter concert has evolved with different dancers since my freshman year has really inspired me, and seeing the dancers audition for pieces this year as a captain has been an amazing experience.”

Hong-Sheng and juniors Phoebo Ho and Wendi Zhang collaborated on the choreography for the show’s only trio number. The group’s performance, titled “It’s Time to Go,” featuring the Taylor Swift song of the same name, was a slow contemporary piece about saying goodbye.

“The first time we did a trio was over quarantine, so for the winter concert we were able to reunite against as a group,” Zhang said. “We decided on the the song and conceptualized the idea of someone leaving to symbolize George leaving for college. Because the winter concert gives us a lot more creative expression, we wanted to say goodbye now with the opportunity to do so.”

Junior Rebecca Rivera was one of three soloists in the winter concert. Rivera performed a self-choreographed lyrical piece to “Heather” by Conan Gray.

“This was the first time I had the opportunity to perform my own choreography on a stage,” Rivera said. “Performing to the audience was definitely nerve wracking, but the applause was worth it.”

The winter performance ended with numbers from both the Dance II and Dance III classes. Dance II’s final number was a lyrical piece to “I Was Made for Loving You” by Tori Kelly, evoking a sense of winter comfort. Afterwards, Dance III ended the night with a re-blocked version of their Color Day performance to “Que Calor” by Major Lazer.

The SPHS Dance Program will use the funds from their winter concert to begin preparations for their spring performance taking place in May.

SPHS and SPMS choirs join together for annual winter concert