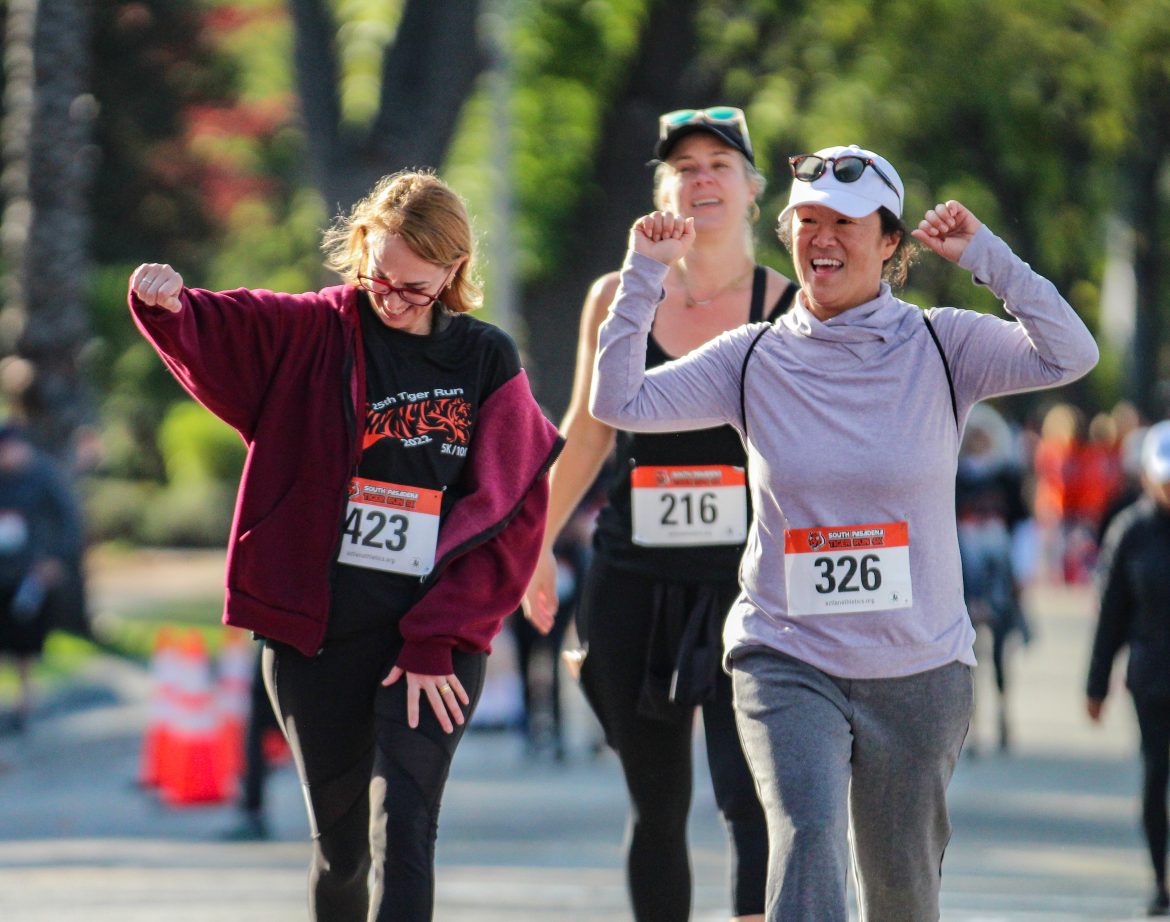 Over 700 registered participants gathered to run in various races across South Pasadena to support the SPHS Booster Club.

The event began by honoring Therese Molina, who re-initiated the Tiger Run in 1998 after years of inaction, and Marty Parkinson, the son of the founder, Mike Parkinson, who passed away this year. Among the esteemed guests, South Pasadena Mayor Michael Maciotti and Assembly Member Mike Fong joined the event to present the SPHS Booster Club a certificate of recognition on behalf of the California State Legislative Assembly.

An airhorn marked the beginning of the race at 8:00 a.m. as the crowd of participants surged forward. The 5k route, dotted with water stations, wound through South Pas streets. The 10k route took a longer trail up to the South Pasadena Water Tower.

“It’s been a great year. This Tiger tradition goes back many years. There are hundreds of people –families, neighbors, people from outside the city – who are coming out here. It’s just a great event and it really brings the community together,” Caciotti said.

The Tiger Run will contribute to the funds of over 50 student clubs and activities, supporting team travel funds, school equipment, and scholarships.