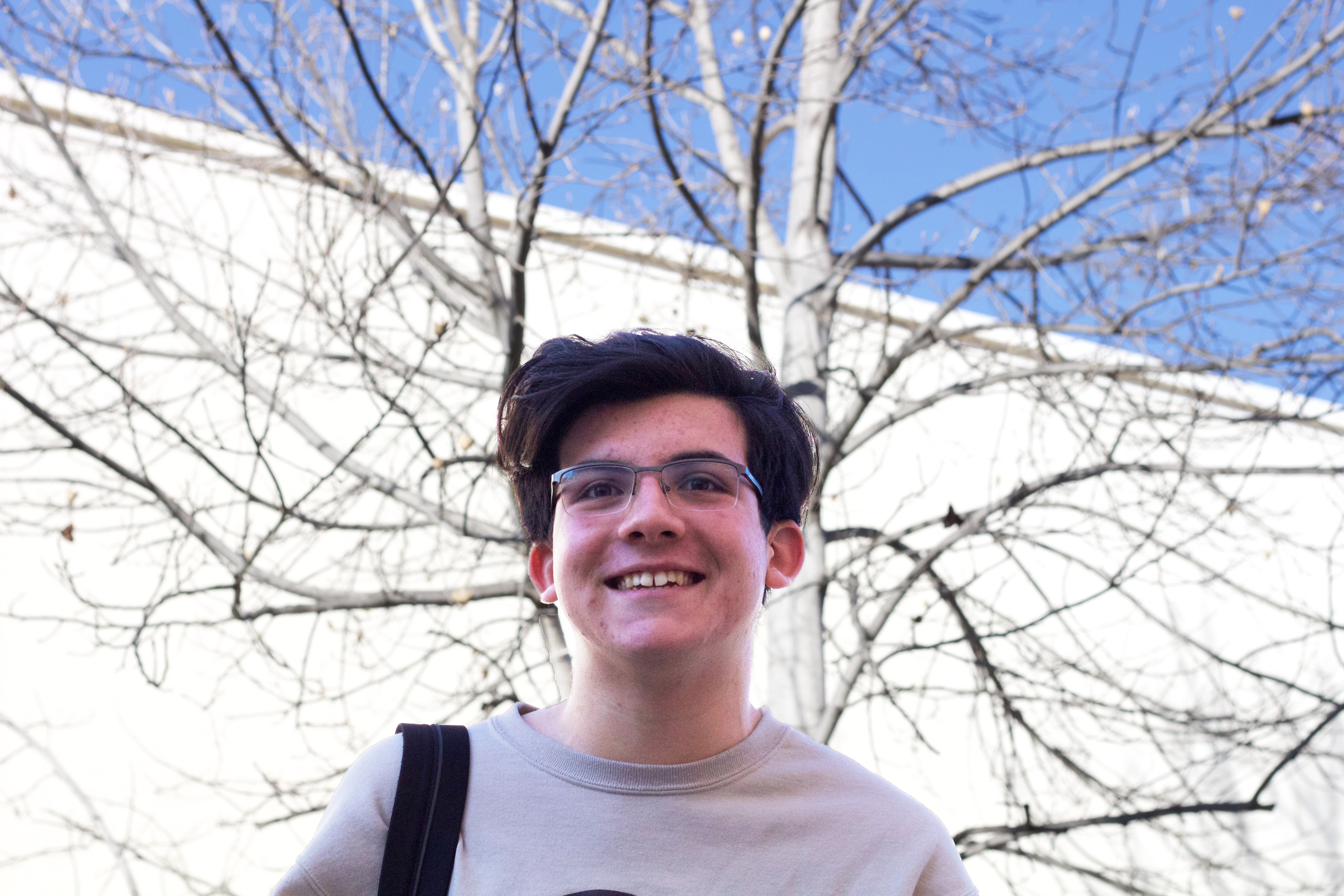 The pressure to fit in starts in middle school for many. In a sea of Vans and Abercrombie & Fitch, wearing something more eccentric than a hoodie and jeans could be nerve wracking. Yet on Halloween, a 12-year-old Will Hoadley-Brill borrowed his mother’s clothes and came to school in his “lady” costume. While most kids would have been afraid of others’ responses, Hoadley-Brill welcomed them.

Hoadley-Brill’s ability to confidently be himself comes from his experiences as the son of a same-sex couple. Born to Kathleen Hoadley and Leslie Brill, he was almost a teenager before their union became legalized. The notion that his parents’ love was valid, even before a marriage certificate, taught him that there is more than one way of living and expanded his social awareness to a level beyond his years.

“Will is like the brother I don’t have,” junior Lily Sortino said. “While other people are weirded out by me or my jokes, Will makes me feel validated in anything and everything I do.”

Will’s acute social consciousness and ability to be unapologetically himself led him to establish the Peer Mediators, a student group that aims to resolve conflicts within the student body. Initially, he was encouraged to start the peer mediation program at the high school by administrators. The group met every Thursday morning for the second semester in 2014 with only 10 participating members. But now, two years later, the group has grown to 30 members and recently started facilitating weekly Stress Relief workshops. This year the Peer Mediators have focused mainly on the issues of mental health, a problem often overlooked that many high school students face.

“Though the Peer Mediators are founded on the service of peer mediation, we are also focusing our efforts on changing the SPHS campus culture for the better,” Hoadley-Brill said.

Raised on principles of diversity and acceptance, Hoadley-Brill does not feel obligated to follow the heteronormative status quo. He is an active member of the Planned Parenthood Pasadena and San Gabriel Valley’s Peer Advocates Program, and can be heard sharing his extensive knowledge about birth control during the lulls of a class period. And in a world where men aren’t expected to be emotionally vulnerable, he shows no qualms about sharing his struggles during Peer Mediator community circles.

Hoadley-Brill’s activism has even expanded across continents. He is the Vice President of TASSEL, a club that tutors and raises money for underprivileged children in Cambodia. The past two summers, he has traveled to Cambodia to meet the children that he tutors over online video chat weekly. His dedication to the club as a core-four officer has enabled the club to thrive at SPHS, boasting an impressive membership of over 100 students just three years after its inception.

The hours that Hoadley-Brill pours into organizations like the Peer Mediators, Planned Parenthood, and TASSEL show that he is not only passionate, but capable of making a change in locally and abroad. While Hoadley-Brill is not certain of what profession he wants to pursue, there is no doubt that he be a leader and friend to all.