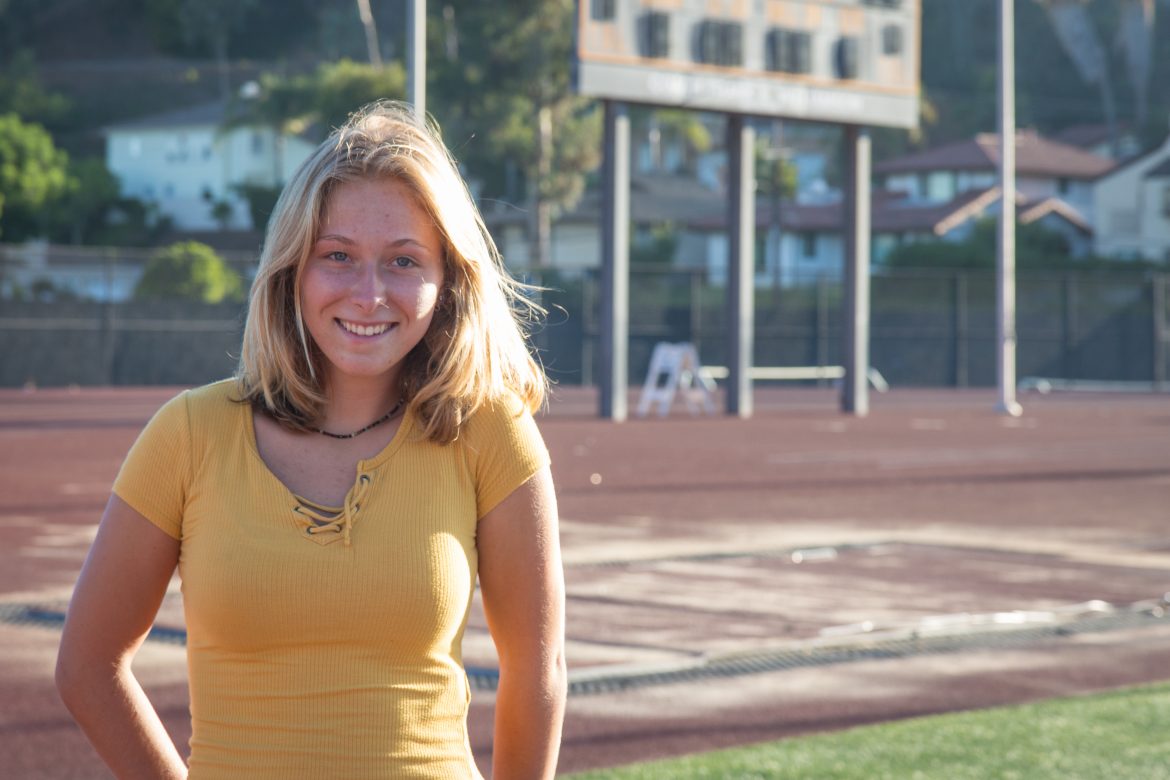 Lindsey Calva spends a lot of time on the track at Roosevelt Field, where she pushes limits for cross country and the distance track team.

During her freshman year, junior Lindsey Calva starred in the SPHS production of Company as one of the only underclassmen in the cast, a huge achievement for her age. With years of singing and acting lessons under her belt, she found that the most daunting aspect of her role was the group dancing involved–a skill that doesn’t come naturally to her. However, after hours of practicing the difficult numbers by herself, she was able to master the steps, finally receiving a standing ovation from the audience. Lindsey’s ambition and drive to conquer challenges that don’t come easily to her are what separates her from everyone else on stage.

When Calva sets her mind to a task, especially a tough one: she is going to complete it. This quality is extremely necessary for the cross country and distance track team, of which Calva is a varsity member. She can consistently be seen placing in the top four girls on the team and racing some of the fastest times overall. Despite these impressive feats, she is constantly reminded by her friends, family, and coaches that she isn’t “built like a runner.” With her self-proclaimed “thunder thighs,” she doesn’t exactly embody the image of the tall and lean runner. To defy this restrictive standard, Calva forces her body to the brink of exhaustion during workouts and races, sometimes until she blacks out or has an asthma attack.

Calva’s faith in God is a major part of her motivation in running, instilled in her by a very tightly knit family. Until 2012, Calva was the oldest of three, with religion so prevalent in the household, it influenced her parents to open up their home and adopt three more children, including junior Brianna Rodgers who was welcomed into the Calva home in 2015. But bringing new kids into a family is not just about supplying a bed, but also providing a positive and nurturing household. As an older Calva sibling, it is very important to Lindsey to be a good role model for her younger sister and brothers.

With such a positive family atmosphere, Lindsey wants to make sure she can have an impact on someone else’s family life. She hopes to give back to the system that added so much to her family by becoming a foster parent in the future.