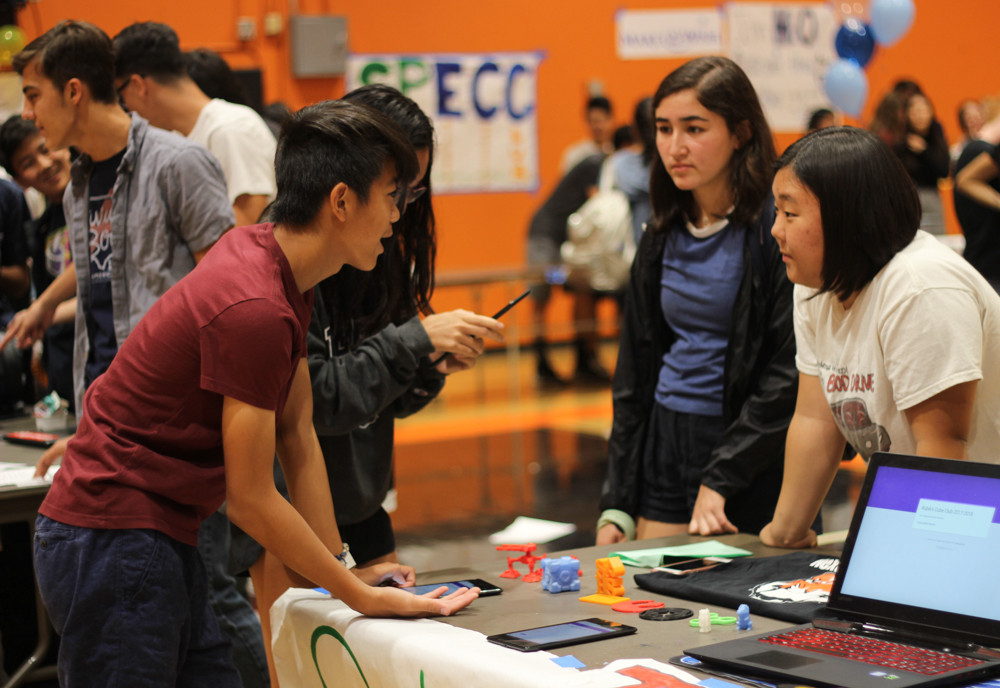 Rows of bustling students filled the gym September 14 and 15 for SPHS’ annual Club Rush, garnering the attention of prospective members for the upcoming year.

Well-established clubs such as TASSEL and SkillsUSA ended the two-day event with extensively filled out sign-up sheets. Other, newer clubs such as the Drama Club drew members with elaborate displays, blaring music, and eye-catching outfits. The result was a packed gym, barely containing the boisterous energy of an eager student body.

“Club Rush was super crowded, and I got to sign up for a lot of clubs. I probably signed up for too many and I will need to drop some,” said freshman attendee Amelia Jarolim. “I thought there was only going to be thirty clubs, but there were so many more! I’m very excited [for] this year.”

ASB Commissioner of Clubs Kenny Ryu approved 82 clubs to participate in Club Rush. Over the course of the two hectic days, Ryu began looking for the “Club of the Year.” He plans to take into consideration a multitude of criteria: member involvement, fundraising efforts, and event regularity.

“[Club Rush] was a chance to see all the clubs together in one spot,” Ryu said. “For me personally, it was a time for me to see all my hard work come together into this event.”

Ryu will continue to organize Homecoming Picnic in November, the second club-based event of the year, where clubs will have an opportunity to fundraise by hosting activities and selling goods. He also hopes to bring back Club Week second semester to keep club members involved throughout the school year.

Tiger Guide quiz will be given to all students, counting toward a letter grade