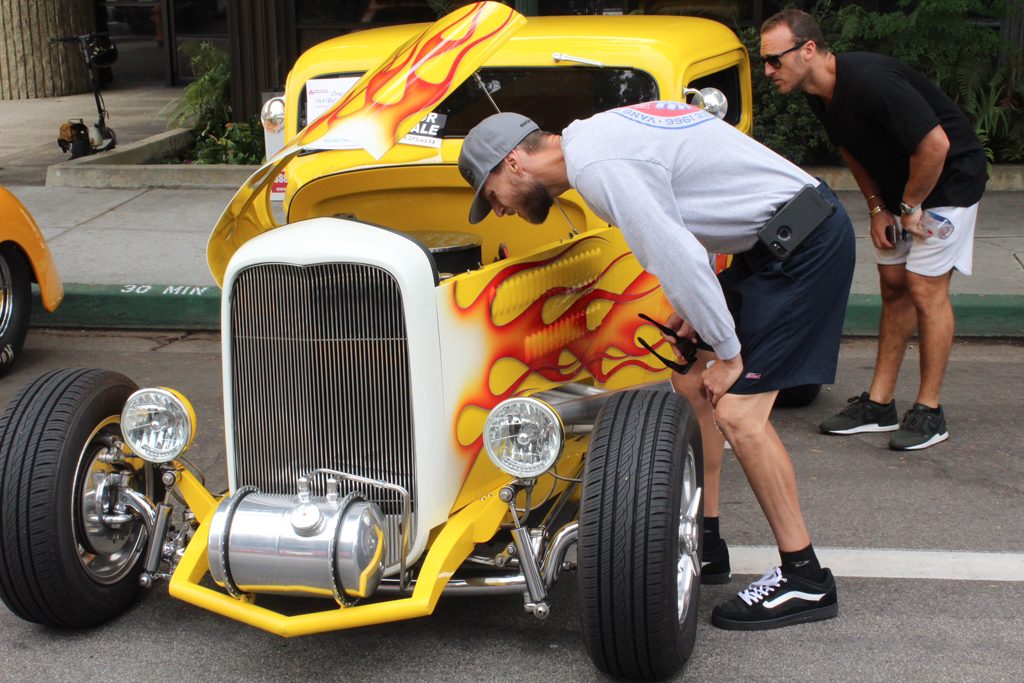 The Cruz’n for Roses Car Show has been a South Pasadena tradition for 13 years. Each $30 entry fee goes towards the town’s Rose Parade float. Car owners also had the chance to gain one of a number of awards that are annually handed out to the best cars in the show. These awards included the “Best of Show,” “Cruz’n Award,” “Classiest Ride,” and “Mayor’s Award.”

Several cars were designed to resemble notable movie vehicles including Bumblebee from the Transformers series and KITT from Knight Rider. Vendors served shaved ice and Jamba Juice on the side of the street and music played over the loudspeakers to ensure that guests and car-owners alike enjoyed themselves.

Each custom-made car displayed a detailed exterior and interior.

Proceeds from the event will contribute to developments for the South Pasadena Tournament of Roses’ float, Booster Club.

Tiger Guide quiz changed to a survey, no longer graded