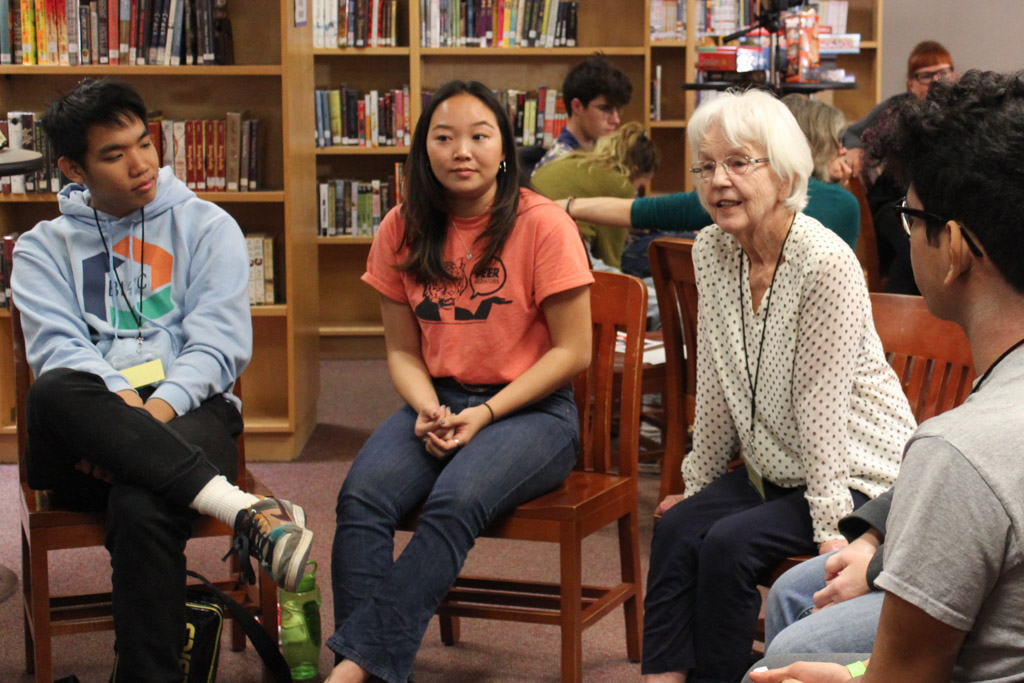 Participants of different gender, age, and ethnicity discuss the themes behind "Embracing and Breaking Stereotypes" in small groups at the final TEDx South Pasadena High Salon.

The SPHS Peer Mediators hosted the third and final TEDx Salon of the year, “Embracing and Breaking Stereotypes,” on Saturday, February 24.  Students, teachers, parents, and other members of the South Pasadena community gathered in the SPHS library to participate in the final installment of the three-part salons based on relationships. 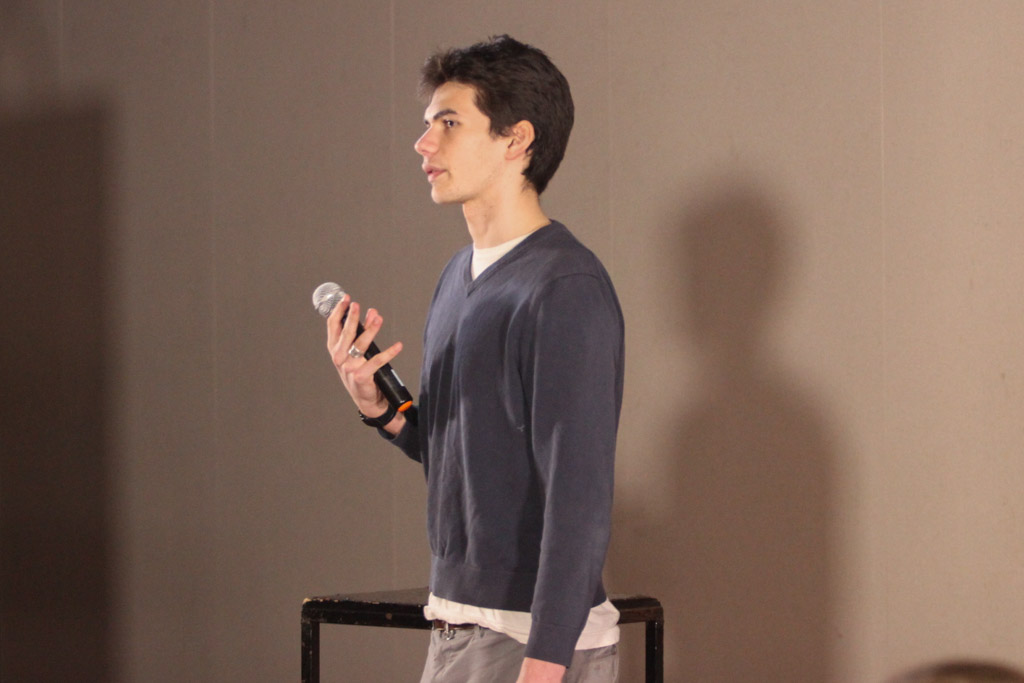 Senior Jake Pullano speaks about his experience in the public education system in “Everyone likes to learn.”

The four featured SPHS speakers based their talks on personal experiences with stereotypes or their particular ideas on the topic. Senior Jake Pullano spoke how the current education system puts teenagers who don’t fit the typical student stereotype at disadvantages. Junior Elizabeth Bock shared her insights on how the word “b*tch” plays into being a vocal feminist. Senior Sammy Park discussed how she was impacted by the Asian girl stereotype while junior Rachel Lu spoke about the different “blind spots” that plague each generation and today’s activism. 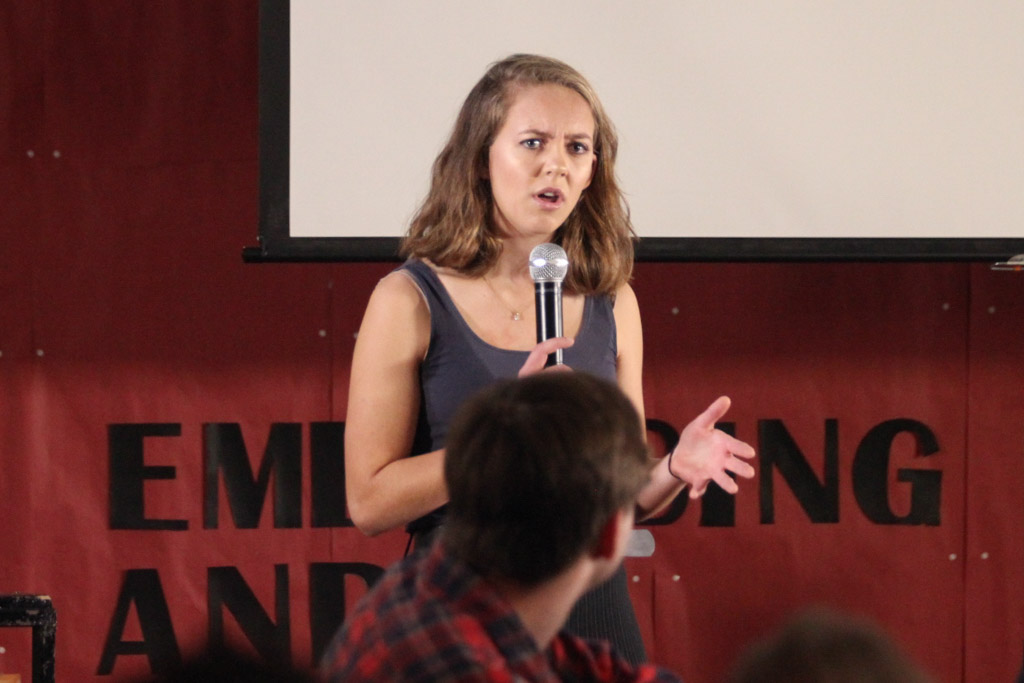 Junior Elizabeth Bock explains what “Being a Vocal Woman, Not a B**tchy One” means to her.

In addition to live speakers, the Mediators also selected videos from previous TED events to share during the salon. Rosie King discussed stereotypes in her talk, “How autism freed me to by myself” and Russian artist Uldus Bakhtiozina shared her art project, a photo series entitled “Desperate Romantics” that challenged existing stereotypes. 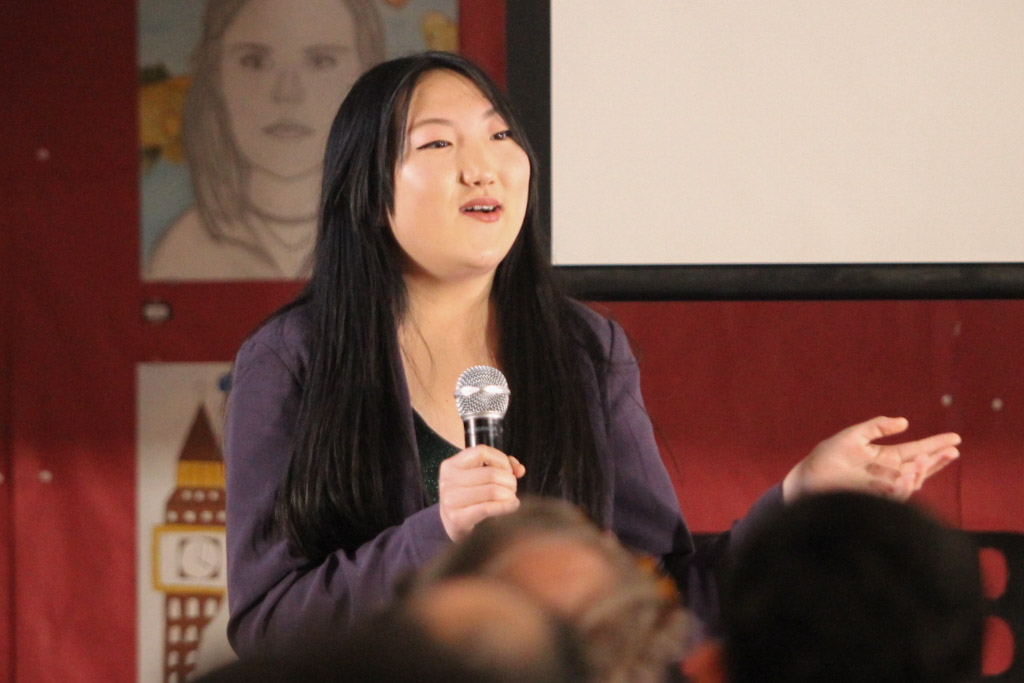 Senior Sammy Park shares her experience with Asian stereotypes in “not your aznbbgirl (ABG).”

In between speakers, participants had a chance to discuss the ideas that were presented in small groups. With the guidance of facilitators––members of the Peer Mediators––, people had a chance to share their thoughts and opinions about what they had heard. 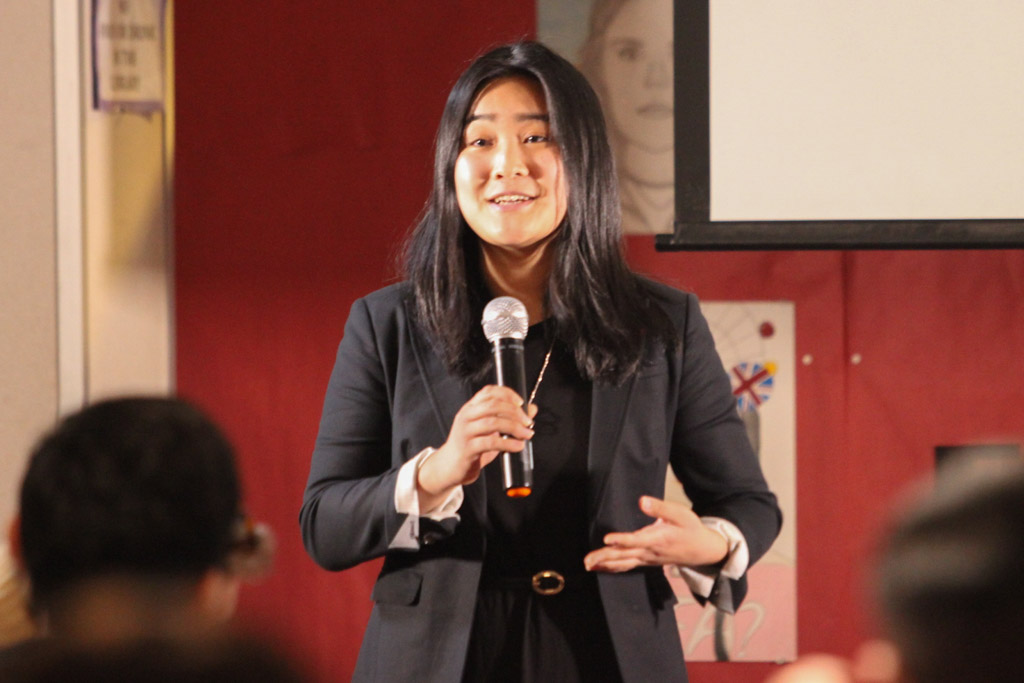 For the Mediators, these salons were the result of long-term planning and hard work. Over a year ago, the Mediators, with the guidance of TED licensee Diane Shires, submitted their application, which proposed the groundwork for these salons. TED granted them a salon license, which required them to host three salons within a year. Their two prior salons, entitled “Expecting and Accepting” and “Connection and Communication,” were held last spring and this past winter, respectively. 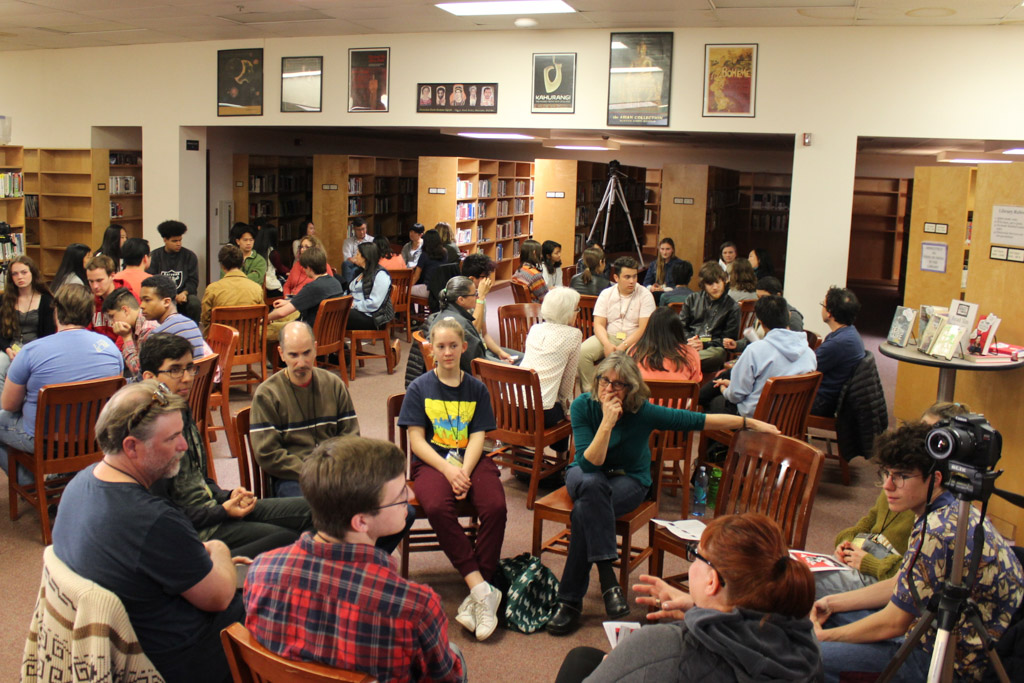 Around 60 students, faculty members, and other members of the community participated in the salon.

“When we completed our first TEDxSouthPasadenaHigh event, we hired a professional film crew, and our speaker line-up was half adult and half students,” Ms. Shires said, “We have slowly, with each event, become more student-focused, with a greater understanding of not only how to put together a TEDx event, but also an event that better reflects who we are here in So Pas. Each event has been great, but our students are definitely getting better and better at producing something special.”

The Peer Mediators hope to host more TEDx salons in the future. They are currently dedicated to providing student resources for mental health and wellness such as their monthly “zines” and bi-weekly Stress Relief Workshops on the SPHS campus.