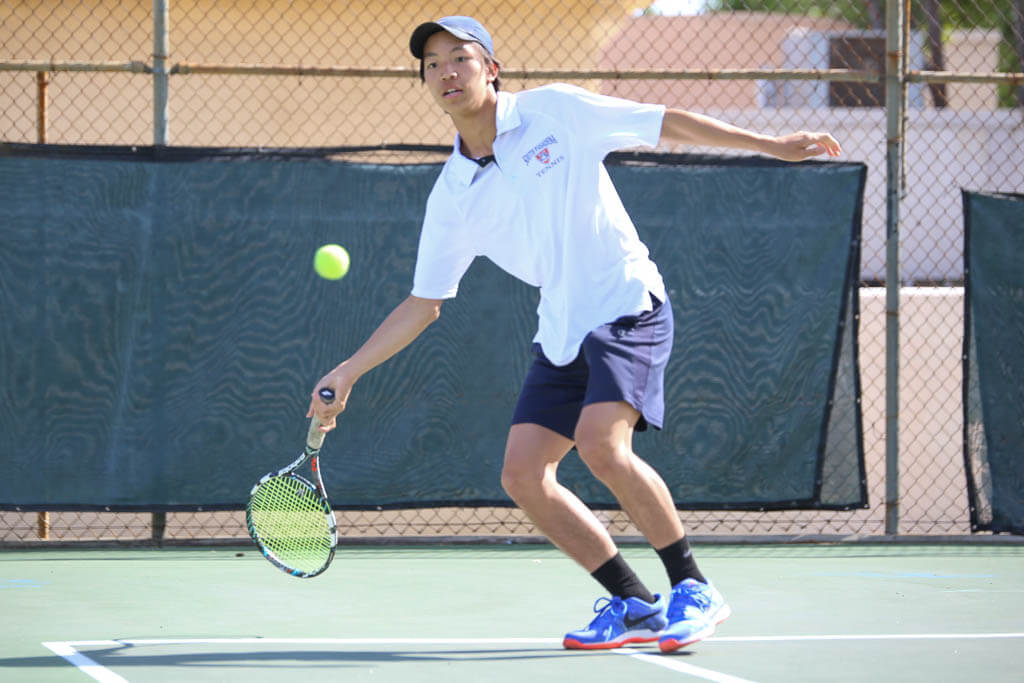 The boys’ tennis team was trampled by Crescenta Valley in a near shutout on February 23 at home. The Tigers were outdone at nearly every turn by their opponents, ending the day with a score of 14-4 for Crescenta Valley and their first loss of the season. The face-off marks the third match of the team’s pre-league play, following wins against Flintridge Prep and Rosemead.

The team, which was without sophomore Ben Pestana, produced unsavory results. Sophomore Desmond Chan, the number two singles player, was the only singles player on the Tiger’s squad to win a match. Chan dropped his first match to Crescenta Valley’s number one singles player 1-6 but came back to win his next two matches 6-1.

While the Tigers lost across the board, a few of the games were close. Freshman Daniel Kim, the number three singles player, felt that he had failed to close out a lot of his points, specifically his first game.

In doubles, the Tigers picked up two more matches. Ryan Summers and Ken Koyama, the number two doubles team, finished their first match 3-6, but managed to grab a win in their second match 6-4. The Tiger’s number three doubles team, Gene Suk and sophomore Sigmund Goodstein, lost their second matchup 4-6 but recovered in their next game, triumphing with a 6-3 win.

The boys’ varsity team next match will be away at La Salle on 2/27.

is that kendrick shen?