Past struggles and new aspirations for the boys’ water polo program 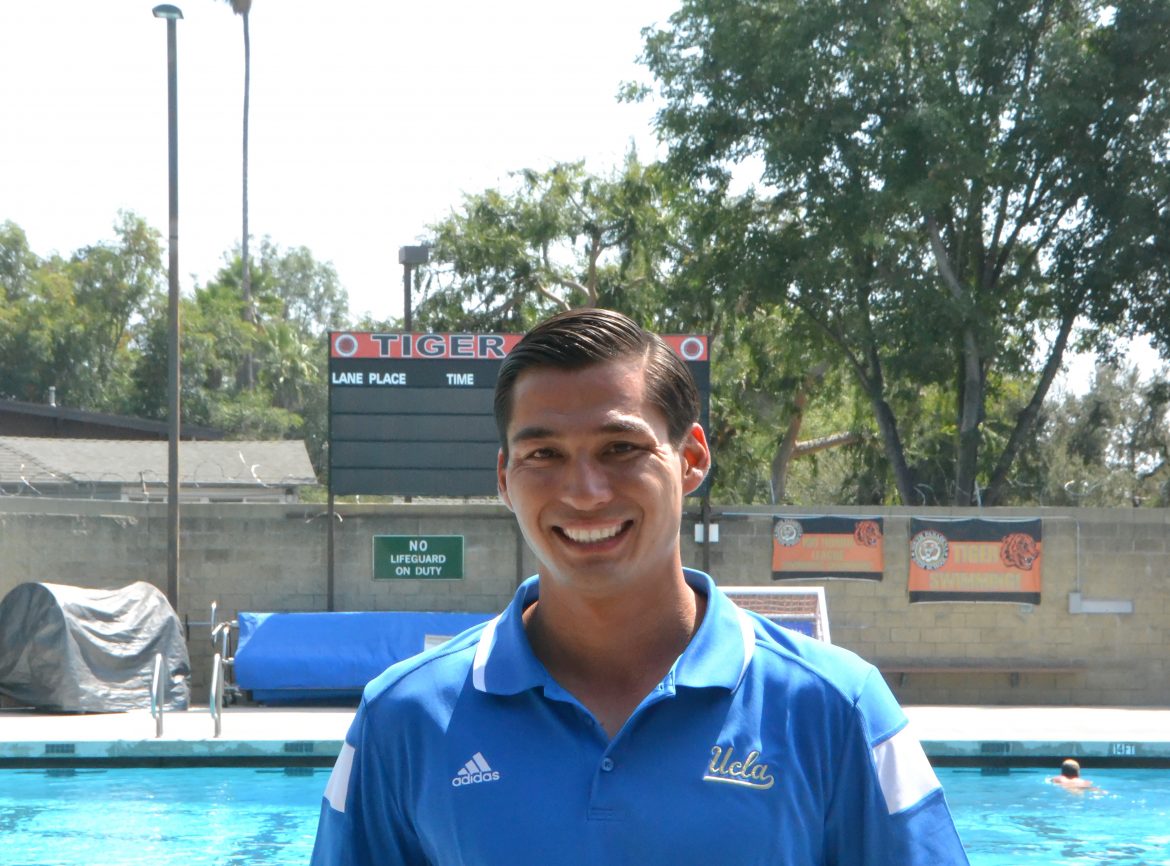 Over his tenure as the coach of boys’ water polo, coach Michael Gonzalez has earned a distinguished reputation as a focused, smart leader. His experience as a club coach at the Rose Bowl and a player at UCLA and UC Santa Cruz has added to his knowledge of the game, which he imparts to his student athletes in practices and film sessions. Gonzalez’s level of preparation and dedication to the sport are key components of the success of his teams, both at SPHS, where he lead the squad to a league championship and an ensuing CIF berth in 2015, and the Rose Bowl, where his club team competed in the junior Olympics. This commitment to excellence has attracted a number of young, talented players to SPHS with the hope of another league championship and CIF run. With the fall season just underway, Tiger sat down with coach Gonzalez to understand his perspective regarding last year and the 2017 season.

What is your reaction to the team’s overall performance last season?

Last season was disappointing. It was bittersweet. To go from being a league champion in 2015 and then for all-intensive purposes being a game shy of getting a CIF berth, let alone not reclaiming a league title; it was frustrating. Disappointing, but it was humbling. It was a great learning experience for the returning players, so it’s bittersweet.

In the latter half of the season, the team was enjoying a winning streak, and then played a hard-fought game against San Marino where you guys came out victorious. What was the state of the team coming out of that win?

The entire season just felt like a duck in a pond, where on the surface things look extremely calm and structured, and beneath the surface you’re treading as hard as you can just to try to keep things afloat. Coming off of that win against San Marino, it was kind of that emotional high, then following that up with the Blair win. But then [we put] ourselves in a must-win game in our final game of the season against Temple City where our entire postseason aspirations are clinging onto that game. But that’s kind of the way the whole season was. It wasn’t just the final four or five games of the season, it was three steps forward two steps back virtually all the way.

After that victory, your club played a tough match versus Temple City. Unfortunately, that ended in a loss, as did a subsequent game that was against La Cañada. What were some of the struggles your team might have faced during that time?

More mental than anything else. In all of those games, it’s a cliché thing to say but it wasn’t Temple City that beat South Pas or La Cañada that beat South Pas, [it was] South Pas [that] beat South Pas. A lot of it has to do with the preparation that you do in the offseason so that you have the confidence to close out those tight game situations. And you can tell that in those final moments there were times of indecisiveness, times of anxiety, times of poor execution. That was kind of the emotional mindset, it was that in the back of the kids’ heads I think there was a lot of understanding that the work hadn’t been done prior [to the season].

You’ve enjoyed a lot of success at the club level throughout your coaching career. How can you translate your success in club water polo to success at SPHS?

Perspective. Perspective and patience. And I wouldn’t even say that it’s just the time at Rose Bowl that has been invaluable in teaching me how to bring those experiences back. I would say that the time that I spent here as a substitute teacher, as a long-term teacher, all the instances where I’m instructing are life-learning experiences for me. How do kids respond well? What actually works? How hard can I press my buttons on someone? When do I know I have to take the reins off of someone? A lot of these things are helpful in a club environment and I think just the knowledge of the sport, the efficiency with which I coach, all of that has helped at Rose Bowl, but the time working with students here, learning about how kids behave here, that’s been paramount. Equally important to what we’ve been doing at Rose Bowl.

You’ve mentioned how being here with the kids has been an important experience for you. What training has the team completed to get ready for the season?

The training itself has largely been the same [as in past years]. The play-based conditioning, the technical skilling, that in a large sense has remained the same. If anything, there’s been a larger emphasis put on holistic perspective and a larger emphasis on seeing the bigger picture. Your aspirations are to win a league title, your aspirations are to go deep in CIF, what are your aspirations beyond water polo? Who are you really hoping to be because of the time that you’re playing the sport. I think that type of emphasis, that type of holistic approach is hopefully going to help these kids be able to have a big, broader image of what they’re doing and hopefully excelling in the classroom and understand that that comes first and foremost. Being a better person before you go and try to be a better player.

You’ve discussed the significance of having a strong mental game and going into matches with toughness, day in and day out. Do you have any strategy or team mentality with the season approaching?

There are a few things. We really try to create that positive environment. I think one thing that was really awesome, that was even stressed in our coaches meeting at the start of the season was the ratio of affirmation to correctiveness [sic] and to throw five positive meaningful comments for every two, three times that you’re having to correct or having to redirect. Bringing that atmosphere in and also just about flushing previous possessions, flushing past moments and really just to worry about the next possession. It’s always a matter of what you have to do next, how you are going to respond.

Taking past seasons into account, what are your goals moving forward into this season?

[We want to] develop a culture of consistency. And if the byproduct of that is a league championship, if the byproduct of that is a deep CIF run, fantastic. So be it. [We have] to get rid of kind of this volatile state of where we’ve been, where it’s a CIF quarterfinals appearance in Division III, a league title, missing the playoffs entirely. It’s just kind of been this roller coaster type of ride. [We need] to develop consistency. And if we do it the right way, if we can develop that culture I think we’ll start to see the success is manifesting and again, consistently, there’s so much emphasis on that.

Given that this team is younger than in past years, what impact do you expect the incoming freshmen and sophomores will have on the team?

Enthusiasm. The level of excitement and enthusiasm that they bring and then, in turn, the excitement that is exuded from everybody else because of it becomes contagious. And so our seniors, who are at the Rose Bowl, readily knew that these freshmen were coming in and so they were already anticipating that excitement. But now that everyone is actually here together, they really do add that positive vibe in our workouts. And it’s awesome; we haven’t really had that innocent, playful kind of nature for a little while.