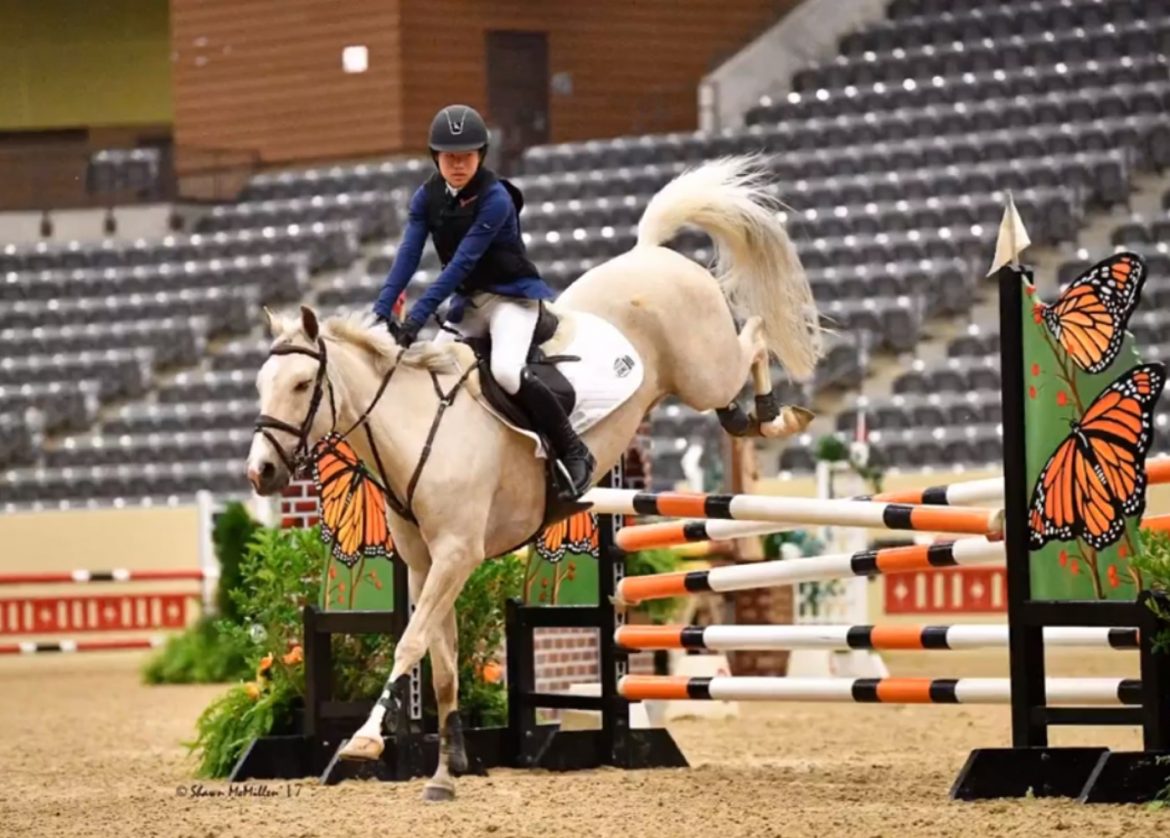 Sophomore Avery Kim maneuvers over a fence without fault.

SPHS sophomores Avery Kim and Tabitha Okitsu earned impressive achievements at the National Pony Finals in Lexington, Kentucky, receiving first and second in the country respectively. The competition, which runs from August 8-13, invites the top riders in the country to compete against one another on a national stage.

Kim and Okitsu helped bring Zone 10, which contains California, the gold medal with 17 total faults for their team, beating out the next ranking zones: 1 & 3.

Okitsu came out victorious without faults in any phase. Kim trailed behind with only four faults throughout the duration of the competition.

“Avery and I both had clear final rounds, which made Avery the reserve champion and myself champion, and that was probably the most exciting moment of my entire life,” Okitsu said. “Together, representing South Pas, we won the team gold and the top two spots in the biggest pony competition in America.”

The road to the Finals has been a long process for the duo. Both girls have been riding at the local San Pascual stables for years, and Kim took fourth in the nation at last year’s finals. To qualify for finals, Okitsu and Kim competed in pony jumper classes throughout the year with a minimum height of at least 1.05 meters to points. Each year, the four riders with the most points from each zone are selected to represent their district in the finals.

Past struggles and new aspirations for the boys’ water polo program