Turf renovations to reach completion within next few weeks 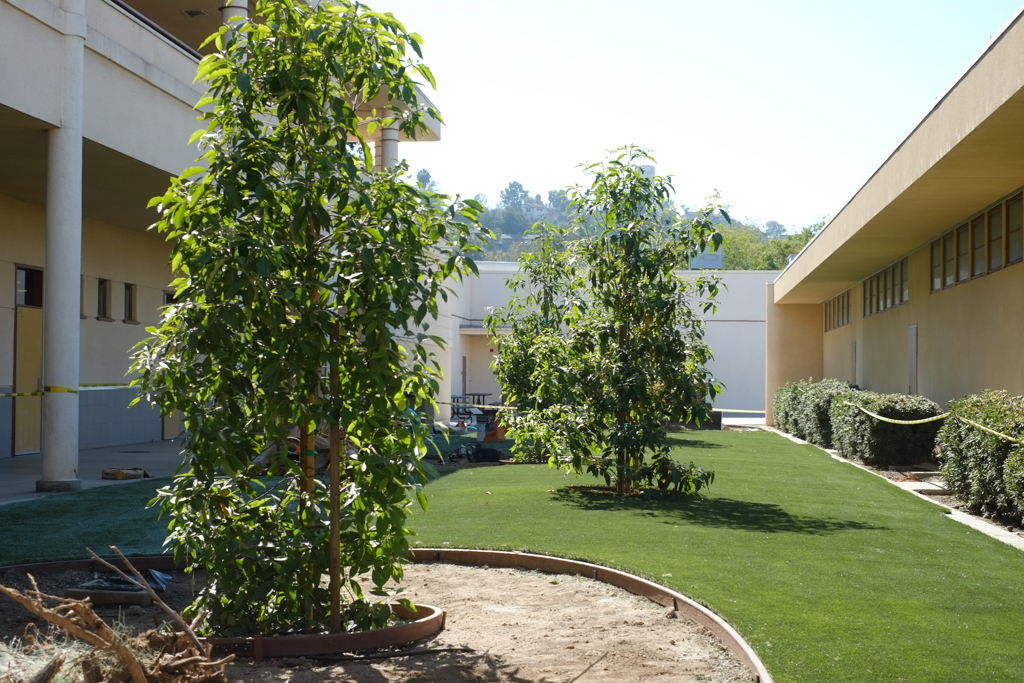 The renovations to the South Pasadena High School campus’s grassy areas could be completed in just three weeks. The project, which has been in progress for two years, includes providing proper seating, shade, and communal space for

Construction workers and gardeners have been removing the grass, dirt, and some of the trees on campus since they broke ground last spring. Principal Anderson cites the drought, aesthetics, and space for students to be social, comfortably, as reasons for the renovations. While the old patio and grassy areas were largely covered in dirt that kicked up easily and provided insufficient shade, the new turf requires little maintenance and the trees are being cared for whom.

The project was made possible by a donation from a South Pasadena High School alumni. The administration was convinced to use that donation for turf renovations and better seating by former Commissioner of Internal Affairs, Kira Gabriel. The updates to the campus will ensure students a open, shaded space to socialize in during their free time.

Football holds off Santa Clarita to improve to 2-0