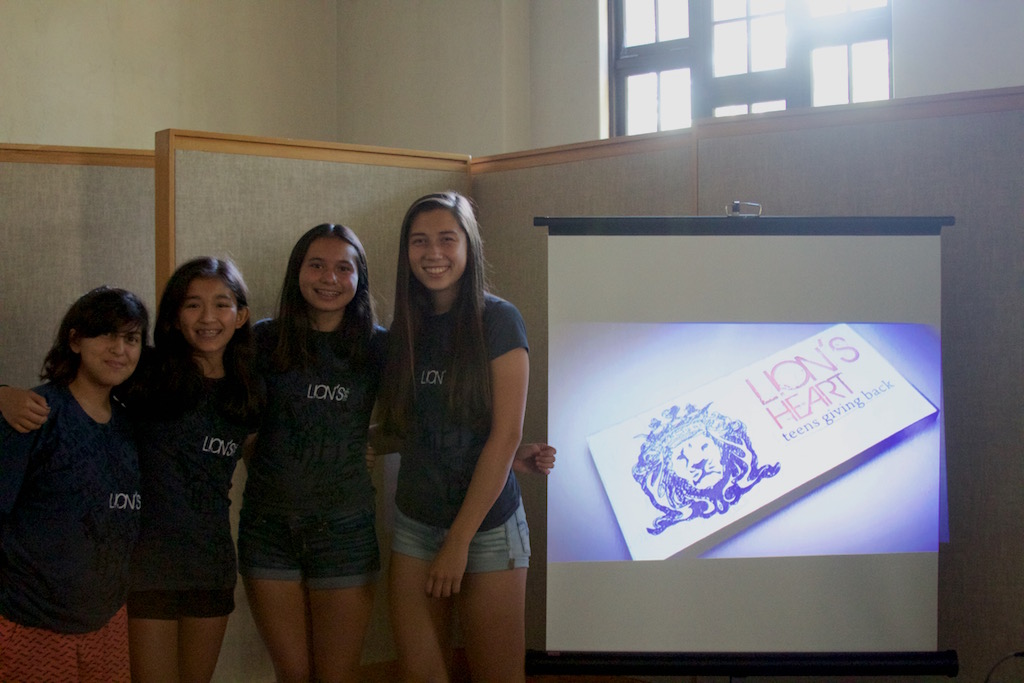 Volunteer organization Lion’s Heart celebrated the beginning of a new chapter in South Pasadena by hosting an informational meeting at the public library’s community center on Thursday, September 10. Karah Curtis, Director of Operations, led the meeting, while the officers of South Pasadena’s first Lion’s Heart chapter stood close by.

“I think its a really great and especially easy way for members of the community to volunteer. They make it a lot easier for all of us, which is a way to think about it,” Rodriguez said. “I am honestly having a lot of fun with it because I get to hang out with a lot of my friends while giving back to the community.”

Lion’s Heart, founded in 2004 in the Trabuco Canyon by a mother wanting her children to give back to the community, requires its members to do at least 30 hours of volunteering annually. Over ten years later, there are chapters in 12 states and its 4000+ members have logged over 400,000 hours collectively.

“It’s great for the kids to become leaders. They learn to talk amongst their peers, and become president, and a vice president,” Curtis said, whose children were a part of the program. “We’re pretty fortunate, most of us, and we learn that there people out there that need our help and that our help makes a difference. To have a kid learn that is great. I think that kids who volunteer will become more compassionate people.”