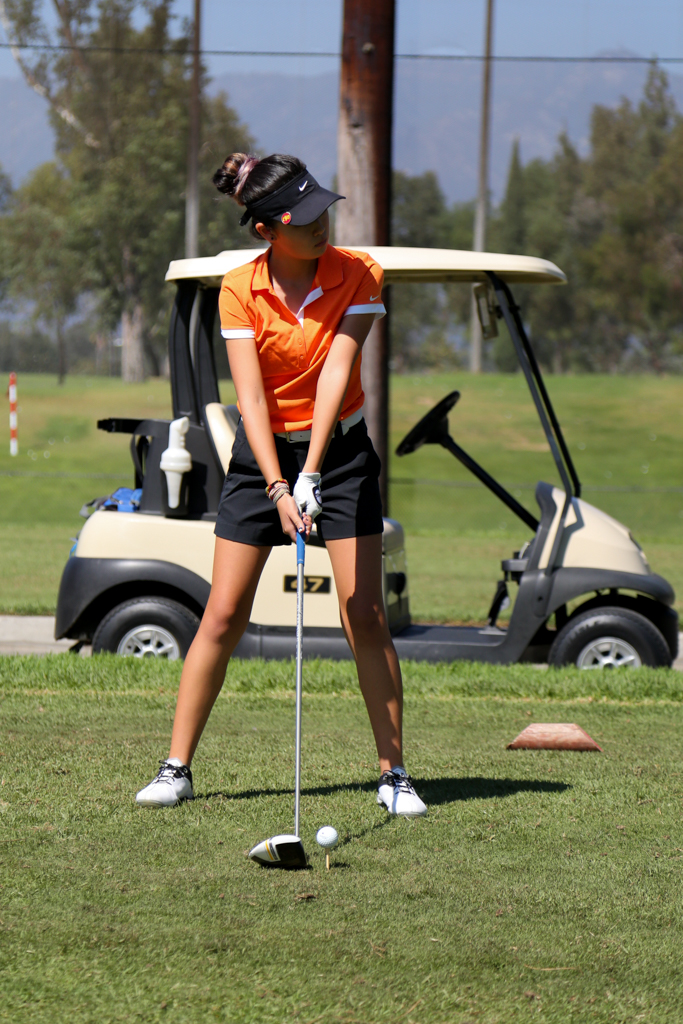 Varsity girls’ golf dominated the Azusa Aztecs with a 195-290 blowout in its first league game on Tuesday, September 15. Playing at Azusa Greens Country Club, the Tigers were able to surmount the muggy grounds and each golfer finished with magnificent numbers on the board to pull through a third straight win, increasing their overall record to 3-0 while also earning the team’s first league win of the young season.

Junior team captain Caitlyn Yamashita dug in and led the team once again with a score of 36. Both junior Emily Swanson and sophomore Bethany Chen also finished with a 36. Playing as a first time starter in league, sophomore Nicole Srisutham had 41 total strokes while senior captain Christine Abbott had 46 strokes.

“The win feels amazing, especially since we tied our team’s all-time best score. It is great to know that we can score under 200, and that fact motivates us to continue to do our absolute best in league matches,” Abbott said.

The girls will play their next match next Tuesday, September 22, against Alhambra High School on the road, hoping to maintain their momentum with a second win.