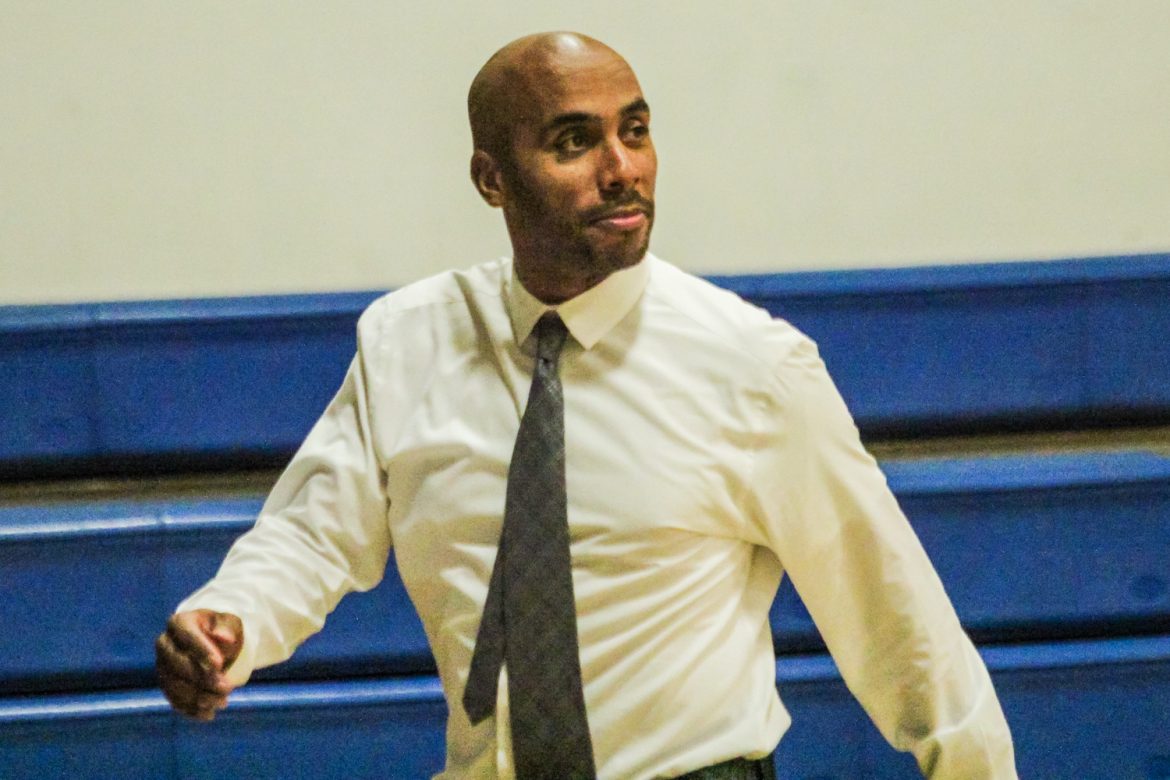 Having steered multiple teams to a path of selflessness and success, new boys basketball coach Ernest Baskerville plans to do the same with South Pas.

Basketball shoes squeaked, echoing throughout the gym. As the clock ticked towards zero, a nervous wave washed over the gym and head coach Ernest Baskerville. Then, the ball swished through the hoop. The crowd erupted in cheers and the Los Angeles Center for Enriched Studies (LACES) was crowned the 2009 Los Angeles City Small Schools champion.

This game marked his first CIF victory and reflected Baskerville’s dedication to bringing a team to its full potential. After this experience, he would bring his techniques to other teams and now hopes to rebuild South Pas’ boys basketball program as the new coach.

The inability to play basketball prompted him to pivot towards helping the community. From teaching basic reading fundamentals to successful academic and professional habits, he began tutoring and mentoring students, while also coordinating homeless outreach events. However, he wanted to go beyond volunteering. Baskerville wanted to impact the community by molding youth through his passion for basketball.

By becoming a coach he killed two birds with one stone: continuing his love for basketball and contributing to the community. He received his first position as an assistant coach at North Hollywood High School and later became head coach for several other high schools, such as Burbank and Providence. Through interactions with other coaches, he gained a wide range of advice and was able to cultivate his own coaching style.

“I got the opportunity to learn from good coaches,” Baskerville said. “As an assistant coach, I got a chance to learn a lot from the head coach at Canyons since he won multiple championships everywhere he’s been. As I took on my job, I’ve always leaned on different coaches I’ve known from the years I played.”

Currently, Baskerville is leading the South Pas boys down the same path. He aims to develop quality players by instilling discipline and compassion. This approach stems from his belief that sports is the perfect medium to positively shape youths’ lives.

“Sports taught me three major things: the importance of social interactions, teamwork, and selflessness. These are three things you should have in life in order to be a good classmate, a good coworker, and a good friend,” Baskerville said. “I strive to make the people around me better, especially young people, and give them the opportunity to learn life lessons, not just basketball.”

Through his childhood community and his rollercoaster journey with basketball, he realized his true purpose in life: making a positive change in society. As the basketball season begins, Ernest Baskerville hopes to not only build a team with talented players, but also raise students with strong character who can create positive benefits in society.