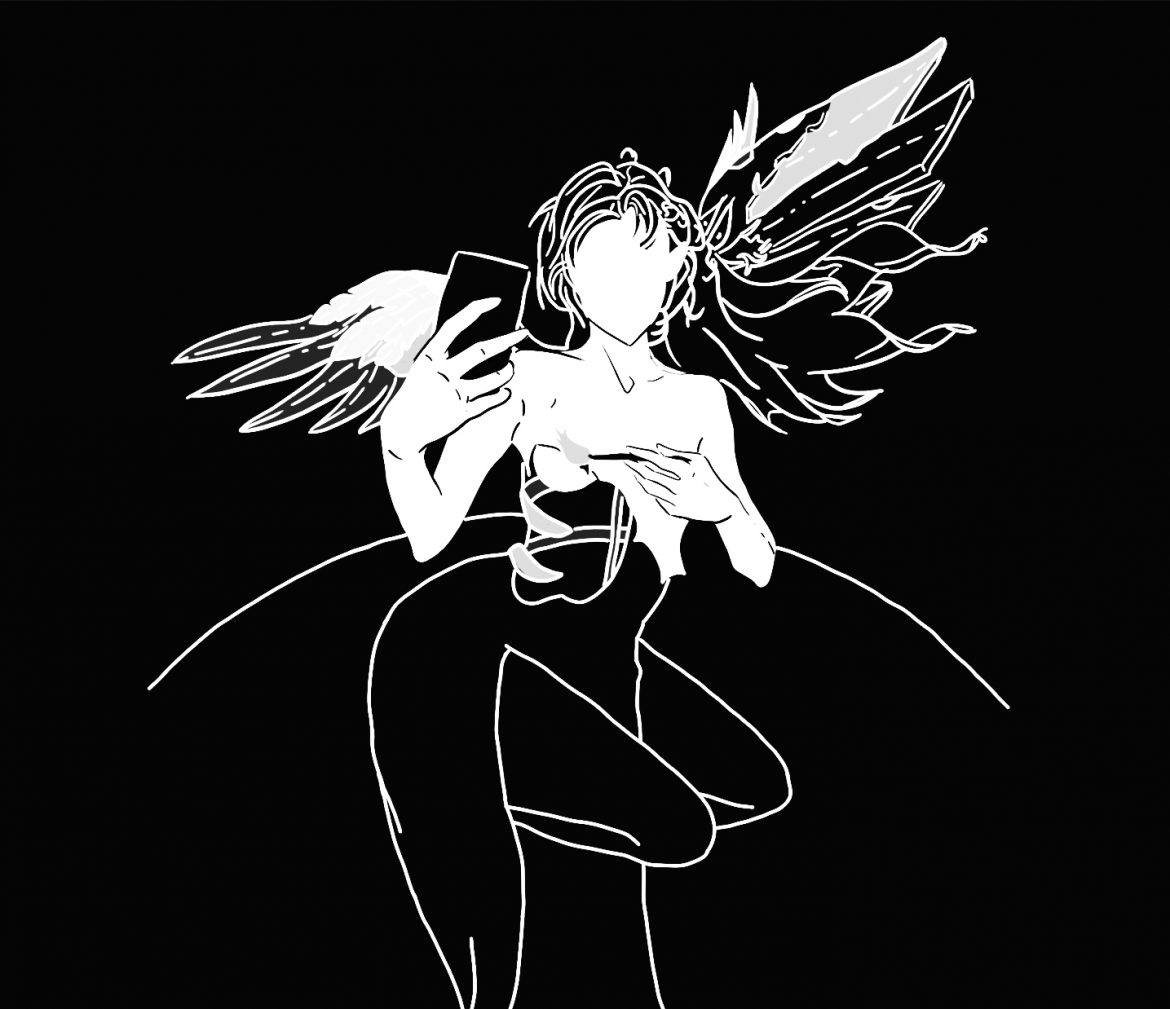 'Miss Anthropocene' provides listeners with a refreshing blend of goth, darkwave, and art-pop.

Grimes is an enigma. Her meteoric ascent from underground electronic producer to almost-mainstream pop star shows remarkable dedication to indie ideals — but her boundary-pushing antics have incite controversy and confusion. On top of her divisive reputation, being pregnant with Elon Musk’s child deepens the constant storm of attention that surrounds her.

Looking past the drama, Grimes is marked by a dynamic persona with a unique agenda to match. Art Angels, her previous project, was a slick rebuttal against the music industry’s domineering patriarchy, colored with peppy mainstream appeal. Miss Anthropocene departs from her former optimism; she embraces society’s failures by presenting herself as a villain. The concept album personifies social issues as gods, but fails to provide a cohesive narrative structure.

In terms of sound, the album is the culmination of 10 years of technical and creative growth. The record’s production, handled almost entirely by the artist herself, is impeccable. Spirited synth riffs, punchy percussion, and Grimes’ signature siren calls meld on an expansive soundstage to form an otherworldly atmosphere while still being unmistakably organic. Though the album is sometimes overproduced and texturally crowded, it triumphes with its 90s-esque blend of goth, darkwave, and art-pop — a step up from the disjointed Art Angels.

While the tracklist is well-planned, it suffers from unnecessarily drawn out tracks such as its opener “So Heavy I Fell Through the Earth,” which offers sparse songwriting but compensates with gorgeous instrumentals. “Darkseid” features Taiwanese rapper Aristophanes and her bone-chilling Mandarin verses; unfortunately, the language barrier will bewilder most listeners. Grimes furnishes a standout acoustic 90s pop-rock track on “Delete Forever,” pairing bright instrumentals with clear and deeply personal vocals. The record’s weakest link is “Violence,” a vapid and incongruous party track.

The second (and better) half of Miss Anthropocene begins with “New Gods” and “My Name is Dark,” bringing a heated auditory and narrative climax. In “You’ll miss me when I’m not around,” Grimes challenges Billie Eilish’s crown in cathartic emo-pop. “Before the fever,” with its seething imagery of burning at the stake, mixes haunting ambiance and melodramatic writing. Finally, “IDORU” gracefully transcends the previous bleakness with heavenly ecstasy.

This new LP is the most refined Grimes record yet, but it is certainly flawed: the vocals are at times muddled, and the abstract narrative is difficult to follow. However, these shortcomings are excusable given the consistent merits of the album’s boldly vulnerable vision. It exemplifies how overproduction can coexist with eccentricity, and how darkness can be graceful yet enthralling.