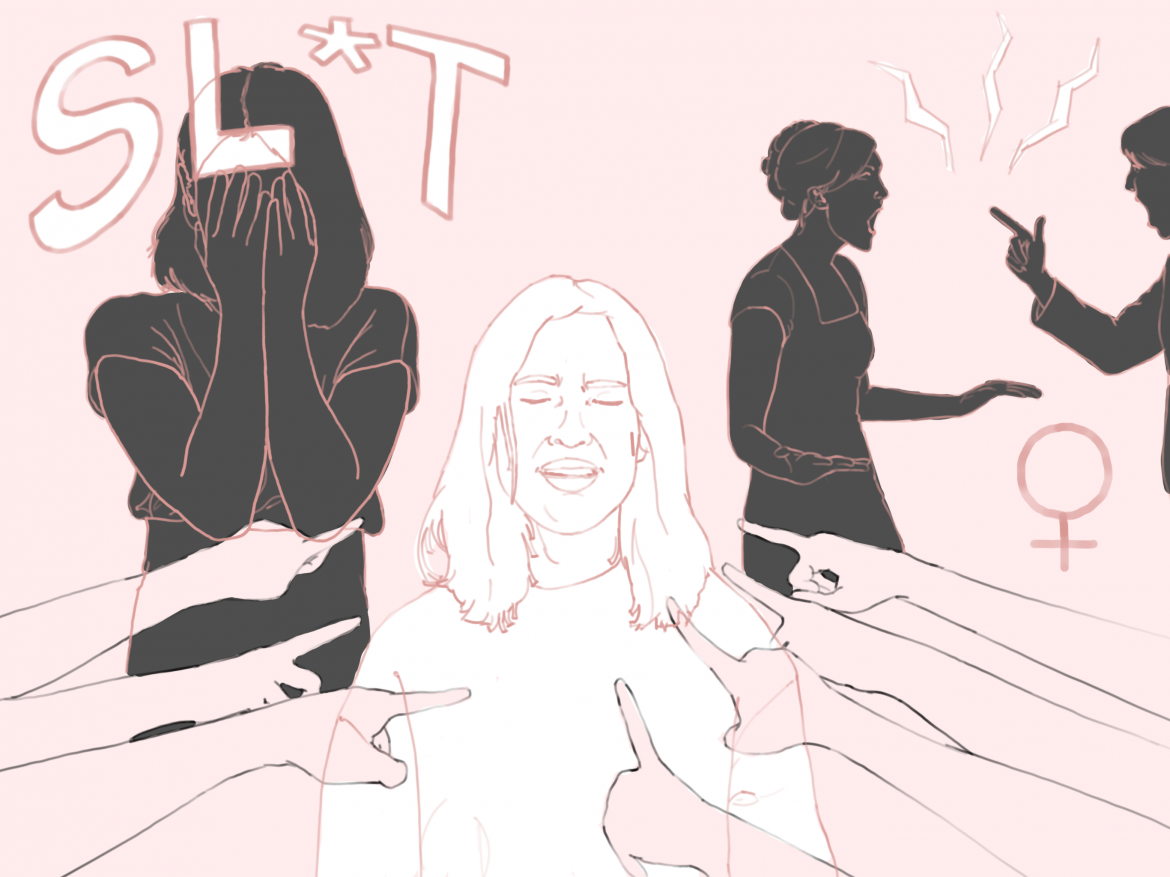 Witch hunts were created by a patriarchy scared of female independence. Sexism in the witch trials stereotyped and sexualized women.

Women have been viewed as the subservient gender for centuries as a result of theurgic, religious, and patriarchal stereotypes. The fear and paranoia from the misogynistic society of the 15th-17th centuries drove the witch hunts, which ultimately led to a woman versus woman fight for freedom. The Malleus Maleficarum, written by Heinrich Kramer and Jacob Sprenger, proves how men viewed women as the feeble sex that was too weak to fight the devil. A sexually active woman in the 1600s was not taken seriously at her trial because her town had deemed her unreliable. Even when these women rebutted the false accusations of witchcraft, they were not believed and hanged for their so-called handiwork of the devil. The witch hunts were all about persecuting the powerless. Our current oppressive and hegemonic society, run by men, mistreats the women of today and this sexism dates back hundreds of years.

The Salem witch trials most often persecuted sexual teenage girls for witchery. Accusers would target these young women for being, as they perceived, over-sexualized. Current rape culture has a tie to the accusations against teenage girls and women. Sexual young women were viewed as witches, but our modern day words like “sl*t” or “wh*re” stem from the same mindset that “witch” was created. Being called a witch in the 17th century was a derogatory term that was used to define the ‘evil aspects’ of femininity. Calling a woman a sl*t or wh*re today still has the same misogynistic meaning that “witch” did because the term was passed down through generations of sexists who believed women were too weak to fight back.

Young women who were accused often pointed fingers at other, older, women in order to prove their own innocence. This perpetuated a cycle of woman versus woman, where girls were forced to blame each other for their own freedom. Tituba, an enslaved Black woman, was one of the accused who blamed other women. She was first targeted by two young girls who claimed to have been “afflicted” by her witchcraft. Tituba accused two other women, Sarah Good and Sarah Osburn, of witchery after she confessed to her crime. Cruel punishments awaited accused witches who pleaded not guilty. The most common punishments for a person who denied being a witch was a public hanging, long jail time, or a pressing, where the town would put a person between boards and crush them. But if an accused witch were to confess, apologize, and promise to never do any actions for the devil again, they were let free. This pushed many accused to do just that, rather than face the brutal punishments. Women in the face of misogyny turned on one another.

Lack of education about sexism throughout schools has led to stereotypes not limited to women. Men believe that masculinity is shown through public displays of (hetero)sexual fantasies and imaginations of (hetero)sexual futures as adults. Doctor Finn Mackay wrote, “It is not healthy to teach boys that they are naturally violent and militaristic, or that they are not programmed to care for babies, or that they always have to be in the lead and be seen to be on top at any cost.” False projections of ‘being a man’ often lead to the objectification and demeaning of women and girls, often through violence and bullying. Teachings like these have led to men feeling above women and acting on their feeling of superiority. These views have been substantiated from the 1600s through old teachings and lasting impressions from patriarchal yet popular figures and sexist pedagogy.

The Malleus Maleficarum was another key component in the motivation of the witch hunts. This was a treatise on witches and witchcraft that explained how women were more likely to be witches than men. This was a guide on how to spot a witch and kill one when you find them. This treatise was written by Kramer and Sprenger, who both shared the common theory that all women were deceitful, malicious, and inferior.

The word ‘misogyny’ stems from the Greek words misos, meaning hatred, and gunē, meaning woman, so it is literally translated as, hatred of women. This detestation of women had its flare of moments in the 17th century after an anti-woman pamphlet was published by an English fencing master named Joseph Swetnam. The pamphlet insults women and states that, “women are crooked by nature, for any small occasion will cause them to be angry.” This offensive misconception that women get angry over a small misfortune or that an undone chore will cause a tantrum has been carried through centuries.

The pursuit of so-called witches was driven by a sexist, male-run society who feared feminine independence. Sexist insults have been reclaimed by women’s rights activists who know that the future is truly female. The modern feminist movement continues to liberate women from the patriarchy of today.