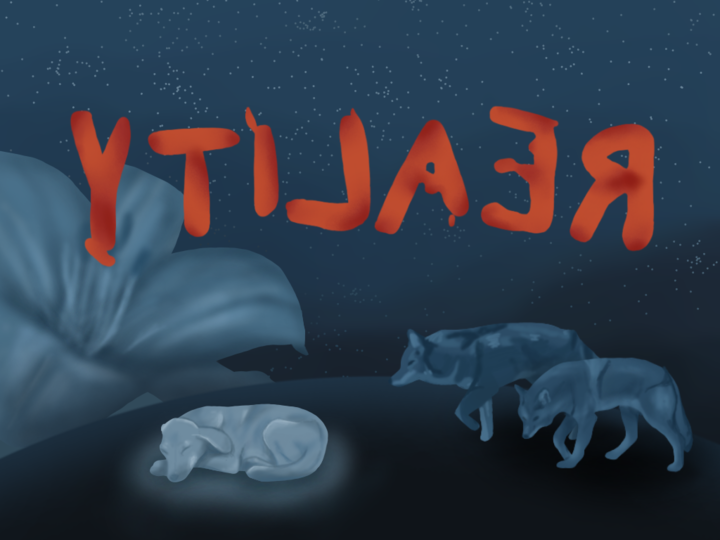 Bold messages behind soft beats, Ytilaer embodies the musical growth that Callahan has undergone since his last release.

Bill Callahan’s ninth full length release, Ytilaer, is a twelve track concept album highlighted by instances of brilliance, tracks tinged with his signature blend of alt-folk and poetic articulations. Reality spelled backwards, Ytilaer is a commentary on the impacts of the global pandemic, increasing political divisiveness, and growing social boundaries that have torn rifts in human connection.

Callahan’s studio career dates back to 1990’s Sewn to the Sky, his first album under his previous alias Smog. At the start of his career, his music was instrument-centric and less lyrics-oriented than his recent releases. Shortly after dropping the Smog name, Callahan released 2007’s Woke on a Whaleheart, beginning a string of well-received albums that precede Ytilaer.

His artistic choices deviate from conventional music standards. His lyrics are often written freeform without song structures such as defined stanzas or choruses. He takes on the style of speak-singing in almost conversational tones. His baritone voice, while often steady, is marked with oddly placed breaks within words or phrases and whimsical, rhythmically combative voice fluctuations. Although it’s impossible to pinpoint his entire catalog into a specific genre, at the core of his greatest records, Callahan has carved himself a niche for 19 eclectic but cohesive albums (including Smog titles) of lo-fi, laid-back alt-folk.

When discussing his inspiration behind the song “America!” from 2011 album Apocalypse in a 2016 TedX performance, Callahan stated, “I noticed America was becoming more and more downtrodden on itself. I was used to hearing anti-American sentiment around the world while traveling around and playing music for 25 years. But then I returned to America and started hearing it from within the country.”

Ytilaer seems to be a natural extension of the thoughts he articulated in Apocalypse, although less focused on America and more on the ills that plague its foundation. In a press release shortly before the release of Ytilaer, Callahan described American society as “hypnagogic,” which means the transitional period of time between being awake and asleep.

Drummer Jim White, guitarist Matt Kinsey, bassist Emmett Kelly, and pianist Sarah Ann Phillips contributed on Ytilaer, which consists of 12 tracks and runs for just over an hour. Six other vocalists are credited and play important roles in the ensemble-oriented recording, contrasting the solo, sparse and acoustic vibes of previous records.

“Coyotes,” the first single of the album, builds on the theme of hypnagogic impacts on oneself. The song weaves a story about a congregation of coyotes that gradually close in on a sleeping dog every night. The dog is unaware of this and remains easy prey for the coyotes.

“The coyotes are getting bolder/They come to watch the dog sleep/In her dreams she is a coyote/Which of course is what she used to be.” These lines exhibit an inner conflict between the past and the present. The coyotes symbolize past lives or identities that are gradually creeping back from the edges of the peripheral view into life.

“Predator and prey, blurred. Past and present, blurred. Past lives edge closer to try to speak to us. Current lives eye the past like sleeping dogs,” Callahan stated regarding the meaning of the song.

Callahan addresses the impacts of the global pandemic in the fifth track titled “Lily.” On the surface, it is a grieving song about the death of a loved one. However, further analysis of lines such as “I started writing your death song long before you were gone/You could’ve had a life not under my pen” hints at the growing predictability of untimely death in times of uncertainty such as the global pandemic.

“Partition” focuses on how the human condition has caused humanity to become the flagrant perpetrators of inaction against global issues such as climate change. He describes humans as “Big pigs in a pile of sh*t and bones” and continues with, “All more than they’ll ever own/Can’t own the picture.” One interpretation is that we are so preoccupied with trivial occupations that we fail to spot the larger picture of life. We are so entranced in the rhythm of simple living that we disregard the concept of greater purpose.

As the song progresses, the drumming speeds into a marching pulse. Instruments rush into clamoring chaos as if running out of time. It is only Callahan’s voice that remains calm and steady. Over time, he lowers it to a hush, repeating the lines, “You do what you’ve gotta do/To see the picture/To touch the picture/Touch the picture/To own the picture.” The impact of this sound drives urgency for the listener, and the coda is a call to action. It is a call for us to recognize our self-debilitating infatuations with the very things that hinder us.

Callahan is a poet who accompanies his observations of the world with slow, deliberate indie-folk. Ytilaer is a perfect example of the cohesiveness rarely seen in modern music. Each song contributes to the concept without fillers that weaken the message of the album. The musical style is classic Callahan with poetic imagery and wonderful storytelling. It truly is a rallying cry for the world to wake up, to be freed from hypnagogia, but unfortunately, it lacks the hype required to really make an impact. Callahan’s album is a worthy listen, and its bold messages are more powerful than its quiet release.