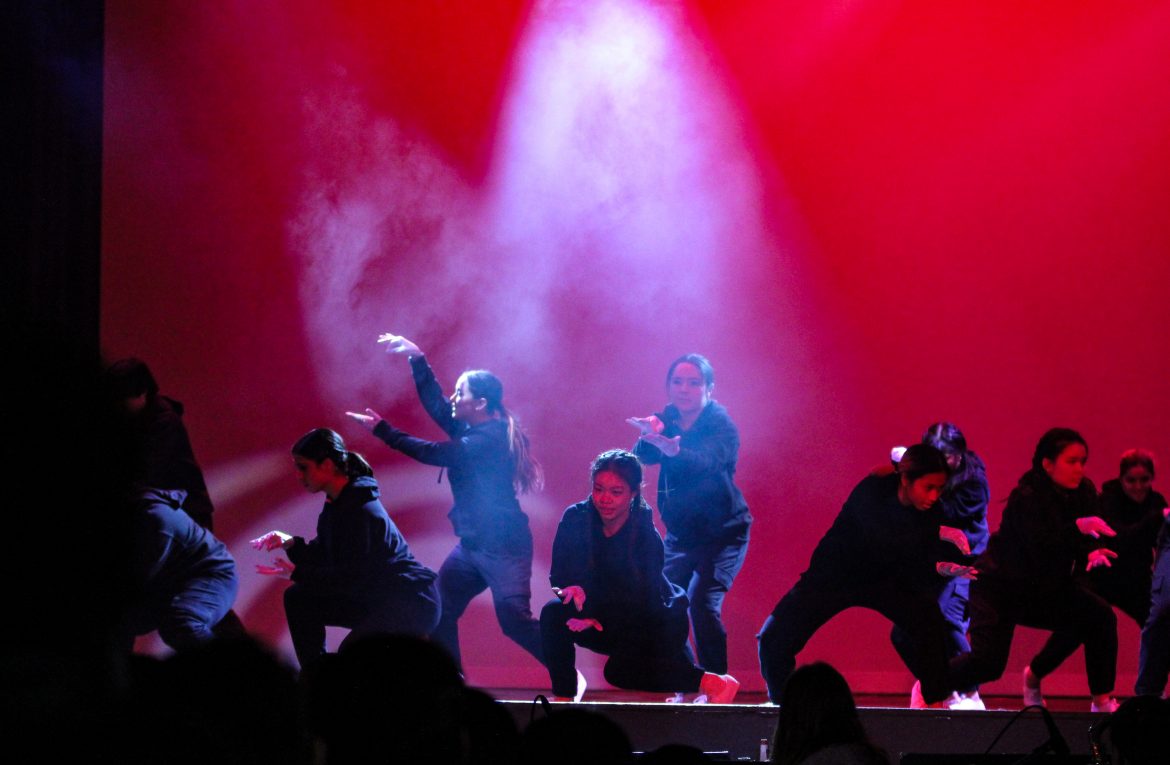 SPHS ASB closed out the week before final exams with the annual Winter Assembly on Friday, Dec. 16. The event included a skit revealing the location, date, and theme of the upcoming Winter Formal, as well as a reminder for students to study for their exams.

The assembly began with the national anthem, performed by senior Alicia Wilgoren and recognition for the SPHS Art Department. The traditional role call was led by the Commissioner of Assemblies, senior Alexa Morales. Morales introduced Advanced Dance for their performance of  the song “Jimmy Cooks” by Drake.

Following the performance were the Diversity and Equity Representatives, juniors Kendall Taylor and Hanna Diop, who shared a video that spotlighted students who include their heritage in their artwork. Senior Jayden Tran, juniors Hannah Yoon, Claire Yee, and Quincy Sakai. Commissioner of Clubs, senior Stephanie Law, also announced the club of the month for November as World Wide Reading Buddies(WWRB). WWRB works to provide opportunities for children in other countries to learn English. The SPHS choir acapella group, Cordially Yours, then performed a rendition of “Water Under the Bridge” by Adele.

Advanced Dance followed with a second performance titled “Sleigh Ride” before the winner of the Winter Formal video contest was announced. Seniors Peyton Washington, Tyra Williams, Allison Lee and Elizabeth Byun, performed their proposal video asking senior Serin Hwang to the formal, which they titled ‘Take You by No Direction and a Low Budget’, winning two free tickets to the formal. The video was compiled of skits from places around South Pasadena.

Morales then announced the venue of the Winter Formal Dance to be held at Union Station Los Angeles, paired with the theme of “Polar Express.”  The dance will take place on Saturday, Feb. 4. from 8 p.m.to 11p.m. with tickets going on sale beginning Tuesday, Jan. 17.

“I wanted to showcase what this school has to offer for its students and how amazing all the teachers of the arts department are.” Morales said, “I know how hard these students work and they deserve the stage. I think by adding the performances from dance, choir, and drama makes the whole assembly more enjoyable.”

SPHS and SPMS choirs join together for annual winter concert