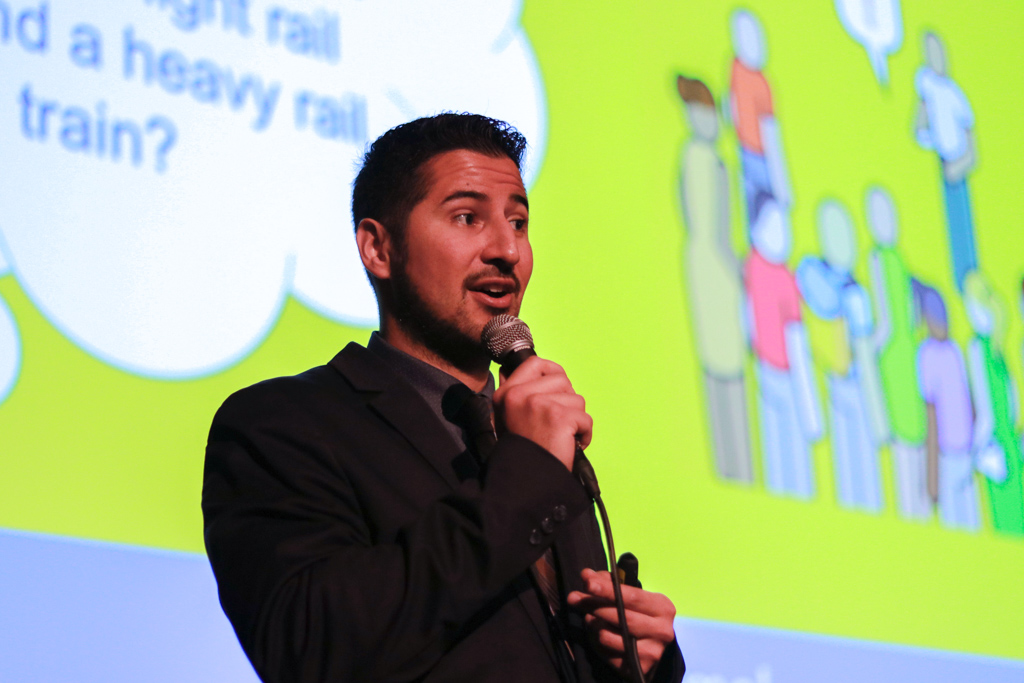 The annual Metro Assembly invited students to learn about safety and services available with the Metro on Thursday, Jan. 30.

Metro representative Mark Arroyo explained the history of the transit company in the LA area, starting with the two original lines in the early 1990s. Arroyo showed several videos promoting public transportation and the myriad destinations accessible via the train, including APU Citrus College at the eastern extent of the Gold Line.

Arroyo also noted Metro’s upcoming changes to the train line labeling system, now using letters instead of colors for different train lines’ names. The Gold Line will now be called the L line, although it will still be associated with the yellow background. Arroyo explained that the switch was due to the lack of colors left for new lines being built, although he acknowledged that it will take several years for the letters to gain widespread popularity.

The presentation utilized cartoon safety videos, similarly to last year’s assembly, depicting the graphic deaths of people breaking Metro safety guidelines. Arroyo closed the assembly with a video on Metro safety featuring zombies who understood that they couldn’t beat the train across the tracks.

“At LA Metro it’s one of our priorities to make sure that students are safe when riding metro rail,” Arroyo said. “Also that they are aware of metro services and they know about what services are available to them and how to get there.”

Arroyo also noted how safety notices about trains are especially pertinent to teenagers who are beginning to drive.

“I think the note about driving [was useful],” sophomore Nikita Mankad said. “When he showed the picture of the train with the car crash, that was very impactful because I know a lot of high schoolers are learning how to drive right now.”

SPHS’ participation in the L.A Metro assembly enables students to be apart of L.A. Metro’s Student Field Trip Program, which provides free metro trips and TAP cards for classes who apply for a field trip off-campus.