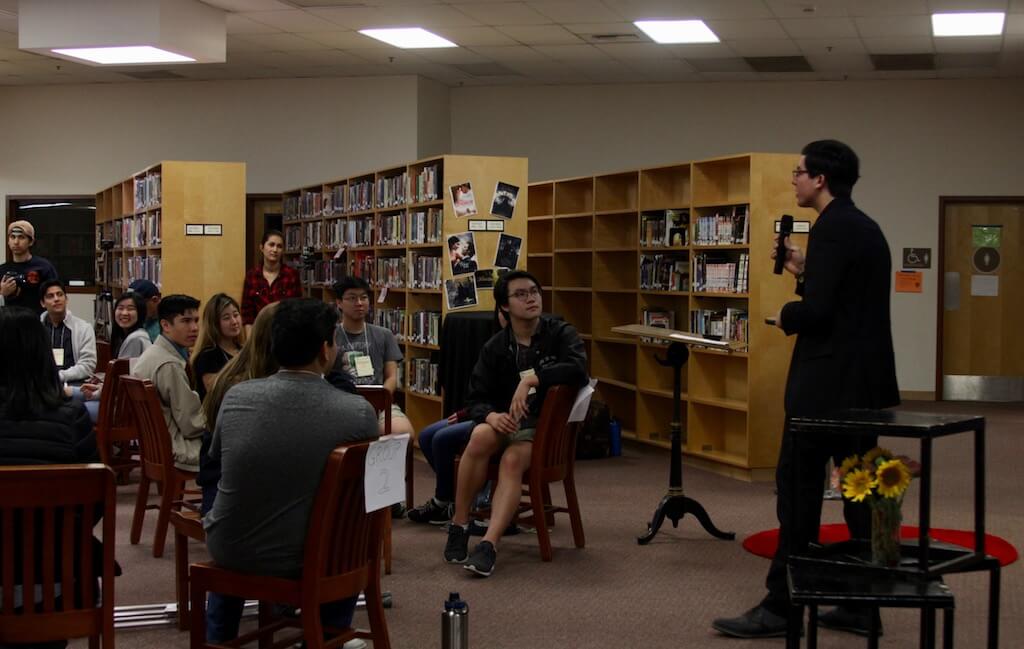 Community members gathered in the SPHS library for the Peer Mediators’ first TEDx Salon on Saturday, March 25. High school staff and students engaged in a series of lectures and discussions on the theme “Expecting and Accepting”. The salon is a smaller version of the TEDx events, catering more to group discussions.

The event featured three SPHS student speakers. Junior Josh Ng shared his personal struggle in being successful while freshman Kenneth Schultz offered insight in how the education system today may distort what “success” really is. Junior Rachelle Jin spoke about physical image, particularly addressing skin-bleaching. SPHS counselor Natasha Prime added an adult’s perspective on identity talked about how the journey for success ties into a person finding who they are. The Peer Mediators also played two TEDx videos, one from equality advocate Ash Beckham and another from Hetain Patel.

Between the speeches and videos were discussion times when the attendees, seated in circles of five or six, could share opinions and ideas with each other. After each discussion time, each of the ten circles would share with whole group something that they had learned or talked about.

“[This is] the most diverse group of people I could have imagined come to talk about things we don’t usually discuss,” Peer Mediators founder and Team Manager junior Will Hoadley Brill said, “[I hope you] continue to talk, continue to do, continue to be unapologetic”.

Beauty and the Beast is an uninspired but entertaining remake