Beauty and the Beast is an uninspired but entertaining remake 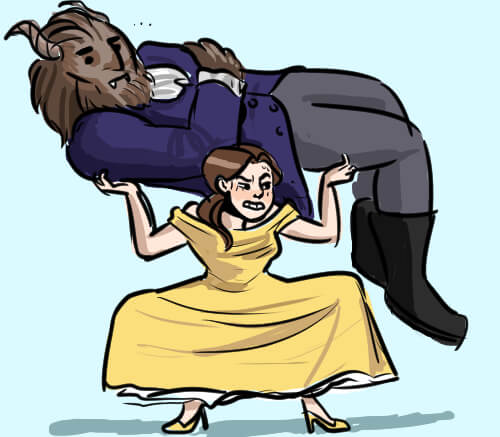 Beauty and the Beast continues Disney’s trend of increased diversity and political relevance set by Zootopia and Moana in its box-office dominating debut. Though Beauty and the Beast conveys important and contemporary message in a beautifully shot film that stays true to the original, it proves to be a lackluster contribution to the Disney repertoire.

One of BATB’s major flaws is its casting, namely Emma Watson. In her highest-profile role since her Harry Potter days, Watson is clearly the weak link of the cast. She conveys Belle’s independence and strong-willed character, but does not do justice to the kindness of the original character. However, Dan Stevens, a seasoned actor, fills the Beast’s role admirably and carries the romantic partnership in his thoughtful portrayal of the Beast.

There are very little changes made, and the changes this remake does integrate are not enough to make the adaptation inspired. Though it intended to be more progressive, shown through its casting of known feminist Emma Watson and diversity of supporting cast, it fails to increase Belle’s autonomy of character. She has her moments of inspiration, like inventing a washing machine while she teaches a girl how to read, but remains a tool for the Beast’s development from arrogant to kind, which was the root problem of the original version. Her tender moments with him are not a reflection on her own growth, but rather moments to showcase his growth. Even LeFou, portrayed by Josh Gad, undergoes more development than her, in his minimal but dominating screen time showcasing toxic relationships.

The biggest and most dominating change is thematic meaning. If the 1991 film spoke at length about the importance of not judging people by appearances, this 2016 version has the sorceress and Potts state this message in verbatim before quickly moving on to the overshadowing, and more contemporary, theme of taking action in face of adversity. Unlike the 1991 original, this version places the blame partially on the Beast’s servants: they watched the master be brought up spoiled and cruel and did not take action. This sentiment is echoed in the actions of LeFou and Belle—LeFou being a character to warn against inaction, and Belle a positive carrier of the benefits of action. In the current political landscape, this theme is especially relevant when it speaks of doing the right thing and stepping up, even if it is easier to do otherwise.

As for the musical numbers, Beauty and the Beast tries to replicate the original. Differing from Disney’s other remakes of classic animated films that either take out the songs or rework them entirely, BATB takes the original songs and puts them in the same context and words. This inevitably leads the audience to compare them to the originals and find them lacking. The only new song, a solo for the Beast, stands out as a powerful and moving addition.

All of these criticisms does not make Beauty and the Beast a bad movie. It’s entertaining, it’s emotional, and it’s got dazzling sets and costumes. But it’s not as revolutionary as it aspires to be. In the end, it’s still a Disney movie. The Beast becomes a hot guy. The seething prejudice in the town dissipates solely because of Gaston’s death, as if he created it rather than merely brought it out into light. While the happy endings in Zootopia and Moana felt conclusionary and satisfying, Beauty and the Beast ended on an uninspired note, far below its potential.