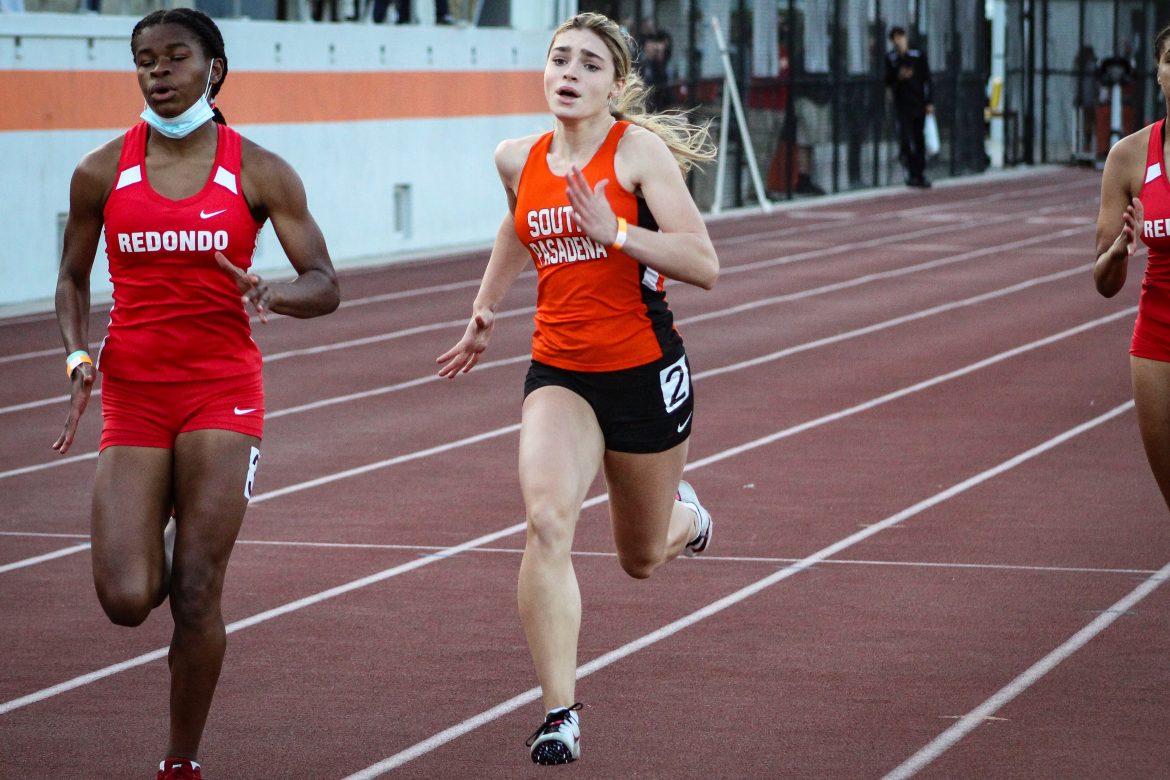 Since she was 7 years old, freshmen Lyla Keller has had a natural affinity for running track.

Freshman Lyla Keller has always been fast. From the time she was a little girl, the track and field star never knew what it meant to be slow. After many years of training and competition, it is Keller’s experiences as a runner that have given her the courage to take on new challenges.

The freshman started her career at an early age, joining a USA Track and Field (USATF) team in Arcadia when she was 7 years old. Immediately, she knew that track was something she was passionate about and, with the help of her coaches, gravitated towards sprinting events.

Early on, Keller had the natural determination and drive to take on new challenges — an essential trait for a competitive sport like track. Keller has been to the Junior Olympics four times, competing in the 100m, 200m, long jump, and 4x100m events. Despite the intense pressure from both audience members and coaches, she has found a sense of pride in the thrill of such a big challenge.

“My experience going to the Junior Olympics was a great feeling of accomplishment,” Keller said. “You work so hard to get to the ‘final stage’ and when you finally get there it shows that your hard work pays off. I’ve got to meet so many talented people from all over that I still get to see and compete against today.”

Keller would face her biggest challenge yet when she decided to try running the 80m hurdles for the first time. At the last hurdle, Keller fell hard and immediately knew something was wrong. The runner, who was determined to finish the race no matter what, picked herself up and

crossed the finish line. Later, Keller discovered that she had shattered her wrist and developed a concussion, an injury that forced her to end her season prematurely.

Keller received emergency surgery on her wrist and went through six months of physical therapy. The next season, she attempted hurdles again and is still continuing to work towards overcoming her hurdle-induced nerves. Her injury experience, despite being both painful and time consuming, has taught her that there is value in always finishing the race, even when it seems impossible.

“Getting injured was hard because it took me out for the rest of the season,” Keller said. “It did teach me that the fact that I finished the race proves no matter what, it’s important to continue to push through and always finish.”

Now, as a member of the SPHS track team, Keller continues to find joy in running and pushing herself. Her main events are the 100m, 200m, and long jump, and she holds the SPHS record for fastest women’s 100m time (12.67 seconds).

Despite being an established athlete and seasoned track veteran, Keller is facing her next set of challenges: being a freshman and new student at SPHS. After spending most of her track career with USATF, where runners are split into age groups and it is rare to interact with older athletes, Keller has been able to enjoy the change of pace that team sports provides

Keller hopes to continue running track throughout her high school and college years and her goal is to pursue a career in the sport and keep doing what she loves for as long as she possible.