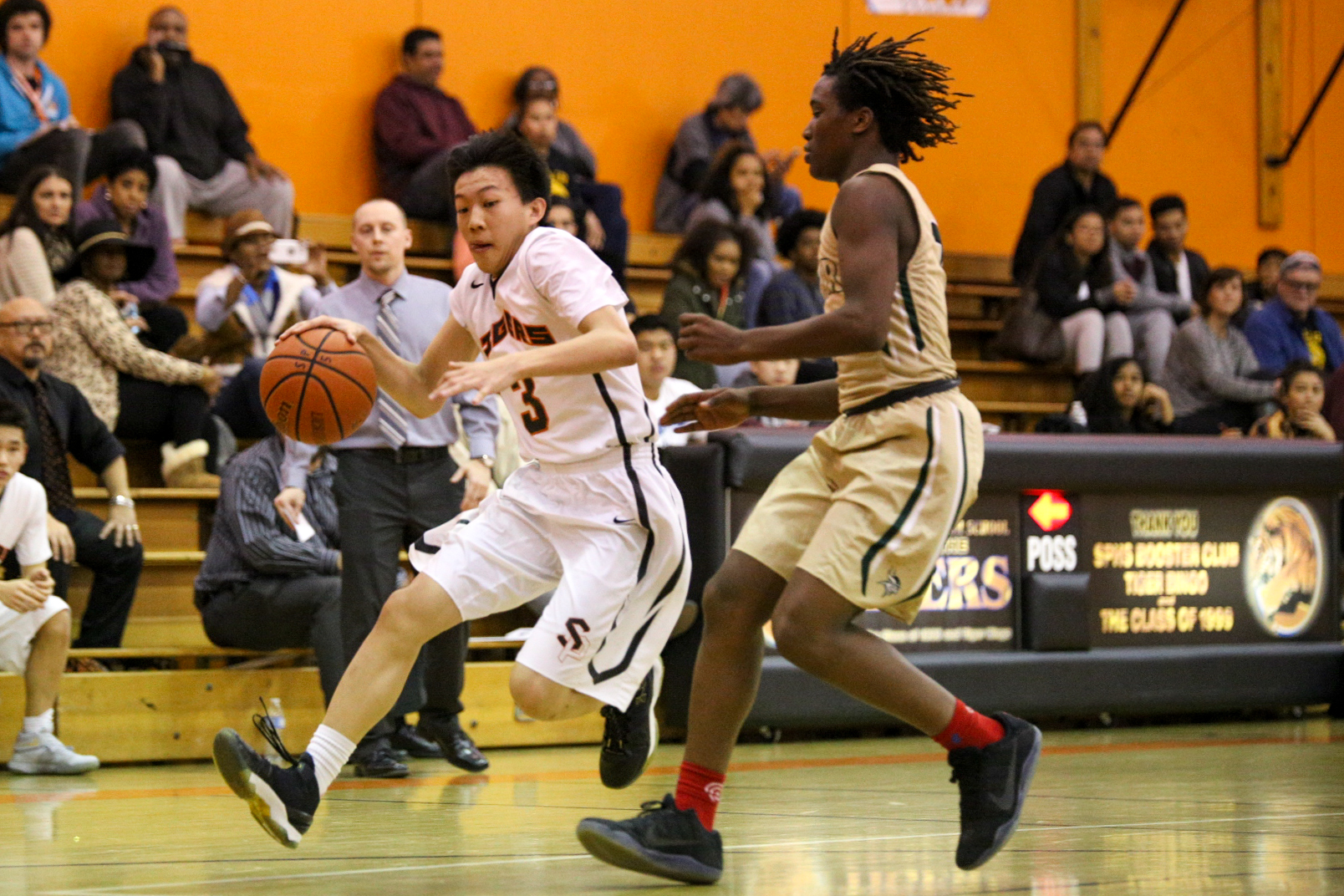 Sophomore Matt Mayemura drives to the paint in the second half.

Past seasons have been characterized by disappointment and frustration for boys’ basketball, which has failed to advance to CIF since its quarterfinal appearance in 2014. Reliance on sets while on offense has led to limited success, resulting in a modest .250 winning percentage in league over the 2015 and 2016 seasons. With league approaching, the team looks to return to CIF contention with a rejuvenated offense and defense, navigated by a new, motivated coach.

Led by seniors Nick Corvino and Danny Rios, the squad’s quick offense will feature fluid ball movement, as the Tigers look to find holes in opposing defenses and cut to the basket, before finishing at the rim or kicking the ball to the outside for a three-pointer. Ultimately, the defense, which allows a RHL-high 63 points per game, will likely be the determining factor in games against powerhouse Rio Hondo rivals San Marino and La Cañada. Both the Titans and Spartans have managed to overwhelm the Tigers’ defense, so putting a stop to their formidable attacks will be a challenging task for the squad.

In its first five preseason games, this revitalised offense yielded exceptional results, averaging over 72 points per game, the most in the Rio Hondo League. Following its impressive 5-3 start, however, South Pasadena lost five consecutive matchups.  The size disadvantage has greatly impacted the Tigers’ ability to extend possessions, which eliminates the room for error on their primary opportunities. Seniors Ben Kent and Reno Goudeau will play significant roles in the paint, boxing out opponents and grabbing rebounds.

While its 8-9 overall preseason record may not be ideal, South Pasadena’s résumé boasts a victory over second-place rival San Marino (9-5). When the Tigers utilize their unmatched quickness to perfection, they force turnovers off steals, errant passes, and opponents’ miscues. As a result, South Pas can stretch the floor in transition, creating for drives to the rim or open threes on the perimeter. When working with a fast pace, defense and offense flow seamlessly and the Tigers are a force with which to be reckoned.

In league openers, it is especially pertinent that a team be clicking on all cylinders. Recent years have witnessed the Tigers’ downfall in a blink of an eye; boys’ basketball opened 2016 on a seven-game league losing streak.

With its season opener quickly approaching, the team holds the lessons it has learned from the preseason, as it will attempt to open league strongly. With a relatively new group, quality wins and perseverance will serve as a lifeline, while South Pasadena fights to establish itself in the hunt for a league title.

In its first league game, boys’ basketball will face off against San Marino on Wednesday, January 10, at 7:00pm at SMHS.