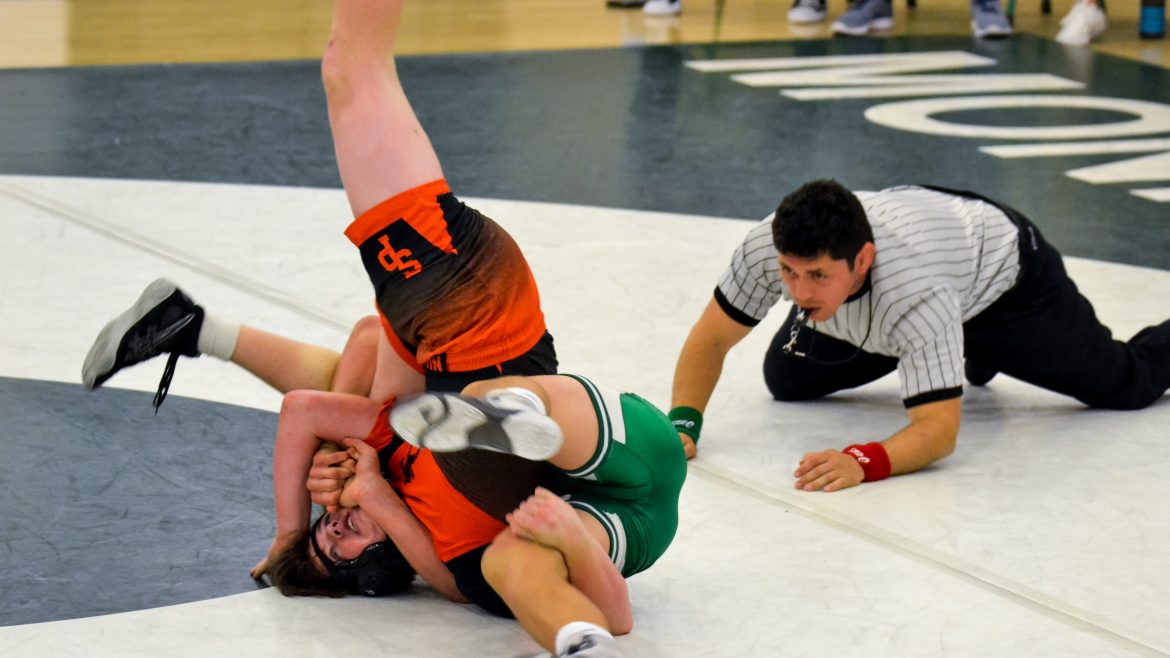 The varsity wrestling team lost its first league duel of the season Thursday, December 4 in a hard fought battle against Monrovia High School. Despite starting strong with a series of wins in the smaller weight classes, the Tigers lost momentum after a series of Monrovia victories.

Junior Justin Tang set the pace for South Pas, tossing his opponent around like a rag doll and securing four points for the Tigers early. Tang’s aggressive assault on the opposition lead to several swift take downs and a 12-0 match score. Soon after, juniors Seung Ham and Christian Carrasco each claimed six team points for South Pas due to vacancies in the Monrovia squad’s 113 and 120 pound weight classes. 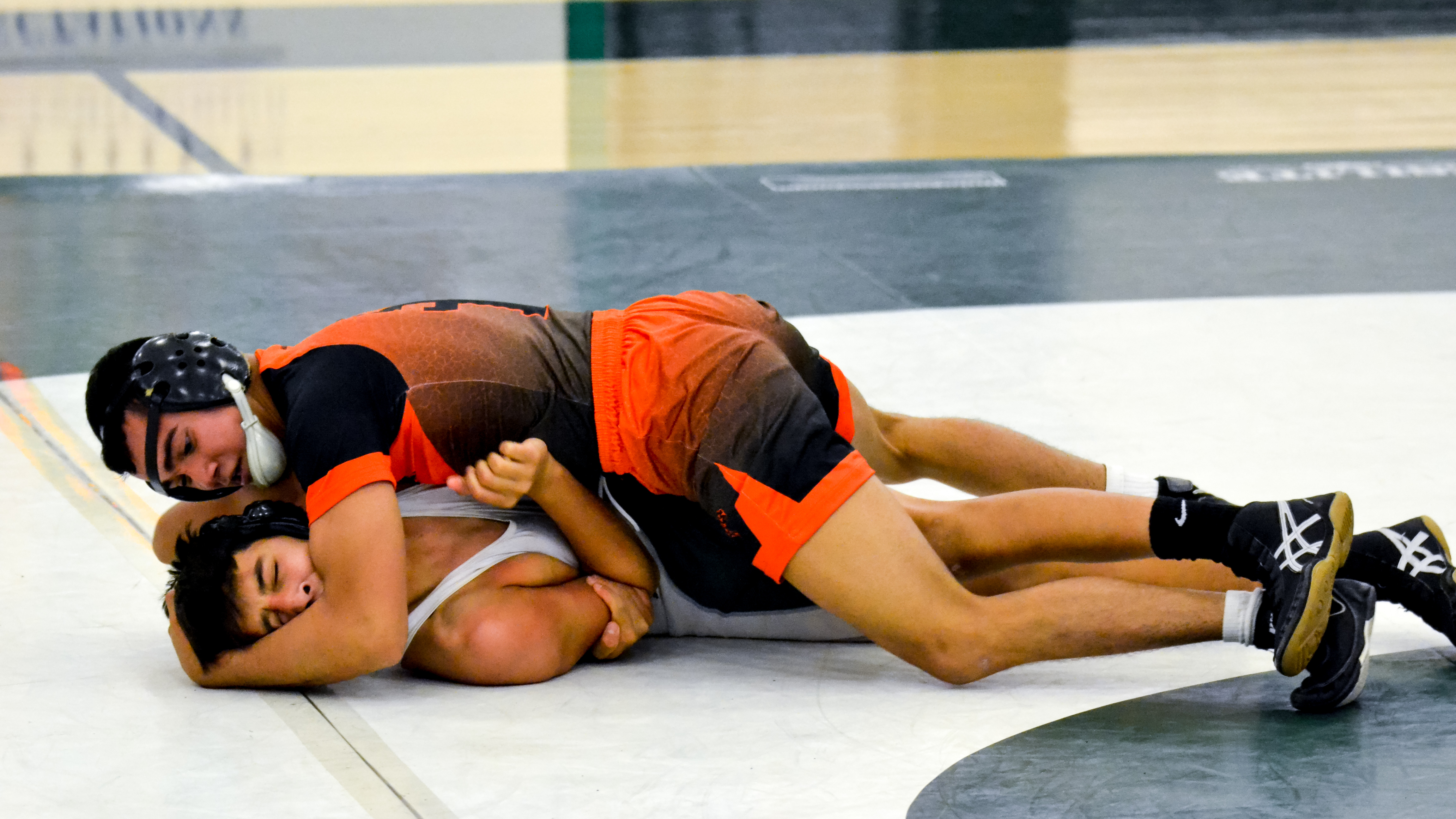 Senior Irvin Perez looked dominant in the 126- pound division, tiring out his opponent. After circling around his opponent like a marry-go-round, Perez pinned the Monrovia athlete, securing another six points for the Tigers. Another three points placed made the score 25-0 in favor of South Pas after sophomore Chris Kim came out victorious following a hard fought, heated brawl in the 132-pound class.

Two quick pins by the Wildcats quickly altered the course of the duel in favor of Monrovia. Senior Sebastian Chien easily overpowered his opponent in the 152-pound weight class, landing takedown after takedown on the ever-weakening Monrovia opposition. Chien ended the third round –his opponent hanging by a string– with a match total of 17-2, securing an additional five team points to the scoreboard.

Unfortunately for the Tigers, the only other victory in the duel came from junior Jonathan Oyaga, first year varsity athlete. Oyaga held his own in a harry back-and-forth scramble. After a brief break of concentration, Oyaga returned to the mat in the third quarter with a vengeance, taking down his opponent and securing another three points for the Tigers. 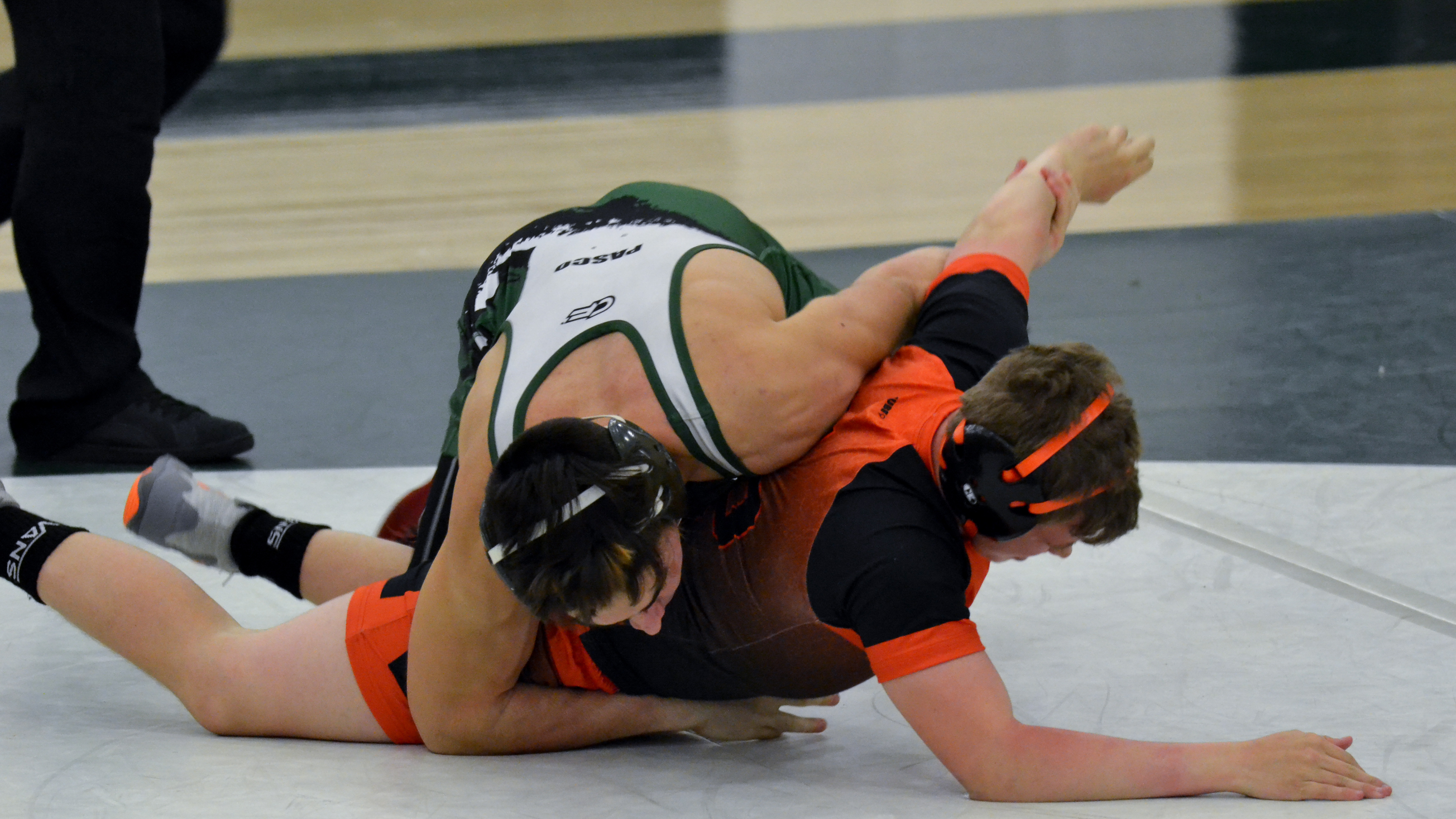 Senior George Barrone resists a fall at the hands of a Monrovia athlete.

Two automatic unchallenged victories in the 170 and 195 weight classes for Monrovia and Tiger losses in the 160, 220, and 285 weight classes ultimately decided the fate for South Pasadena with 42-33 point loss. The match, however, was a significant improvement from last year’s 60-24 point loss to the Wildcats in the last match of the season. This year’s far narrower margin can be attributed to significant growth on the part of the Tigers.

South Pas hopes to continue this trend in the next match of the season on January 11 against La Canada.