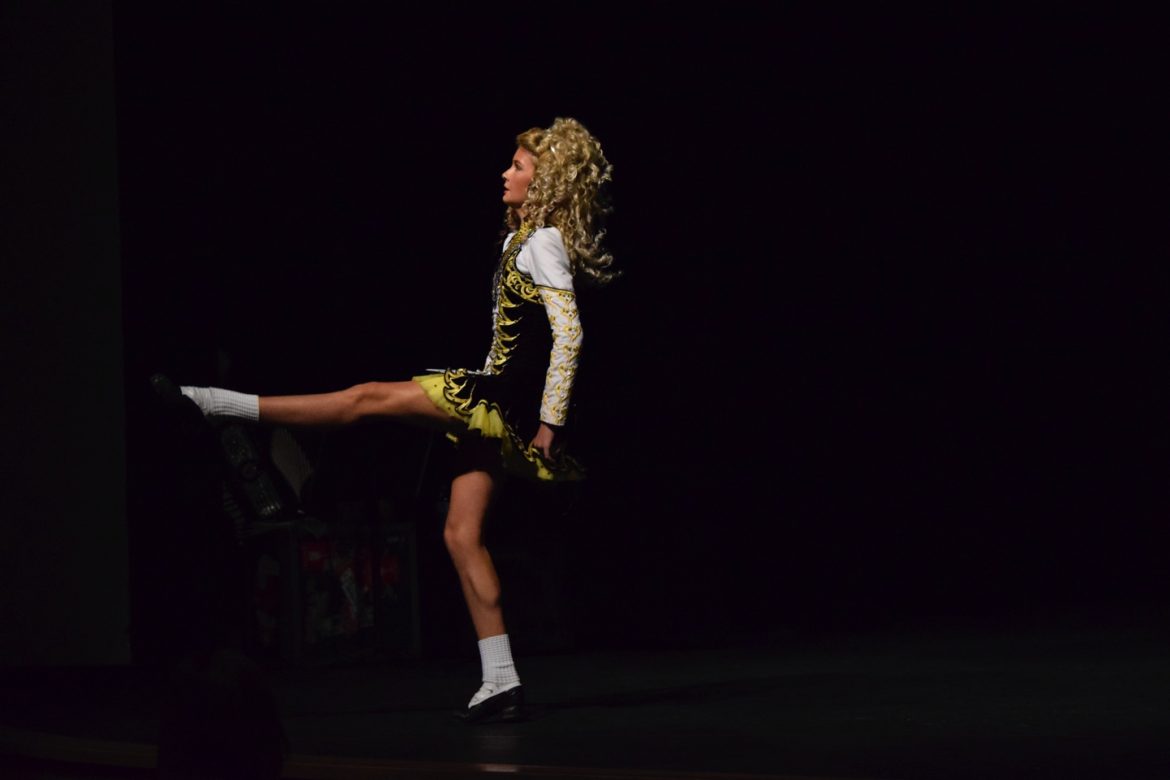 Years of competing in the intense sport of Irish dancing has prepared Riley to compete in cross country and as a track runner.

Junior Kerrigan Riley is known on campus for her dedicated involvement in cross country and track, but outside of school, she is involved in another unique sport. For the past 10 years she has participated in competitive Irish dance, at the national and international level. Through the form of dance, Riley has been able to strengthen her teamwork skills and athletic ability.

Riley first heard about Irish dance from her older sister, who saw a group performing and asked their mom to sign her up. Later on, Riley found herself following in her sister’s footsteps and taking on the dance form herself.

Unlike cross country and track, Irish dance is focused on appearance as well as ability, making it an interesting sport to balance. One day, Riley might be dancing in an intricately designed dress and wig and then have to switch to simple running gear. While running is all about agility and speed, Irish dance also has the added element of grace. During group performances, dancers must form shapes with ease.

Irish dance is also focused on precise leg work, with a lot of jumps and fast movement. Participating in that style of dance has allowed Riley to not only strengthen her legs but build endurance, which she has been able to apply to her distance running in cross country and track.

“You need to have a good endurance to finish the whole dance and really going for it on stage is like a sprint,” Riley said. “You’re really putting your all into it while trying to hold everything together because you need to have really good posture.”

Through dance, Riley has also been able to develop strong team working skills and respect for coaches. By growing up with strict dance teachers and intense regiments, Riley has learned how to listen to all of her coaches’ orders and not complain.

“When I first started doing sports and running, the coach would tell us to do something and I would see other people not wanting to or talking back,” Riley said. “[In dance] our teachers are really strict and you don’t mess with them.”

In Irish dance, respecting coaches is just as important as respecting teammates. While dancing, everyone on the team relies on each other in order to give a good performance and through that, develops a sense of trust. Much like cross country and track, the entire team is rooting for each other.

Another one of Riley’s favorite parts about Irish dance is the sense of accomplishment that she gets onstage when she knows she is doing well. Her Irish dance team is currently first in their region and in the nation. They are also fourth in the world and Riley has been able to compete in Scotland, Canada, and across the U.S.