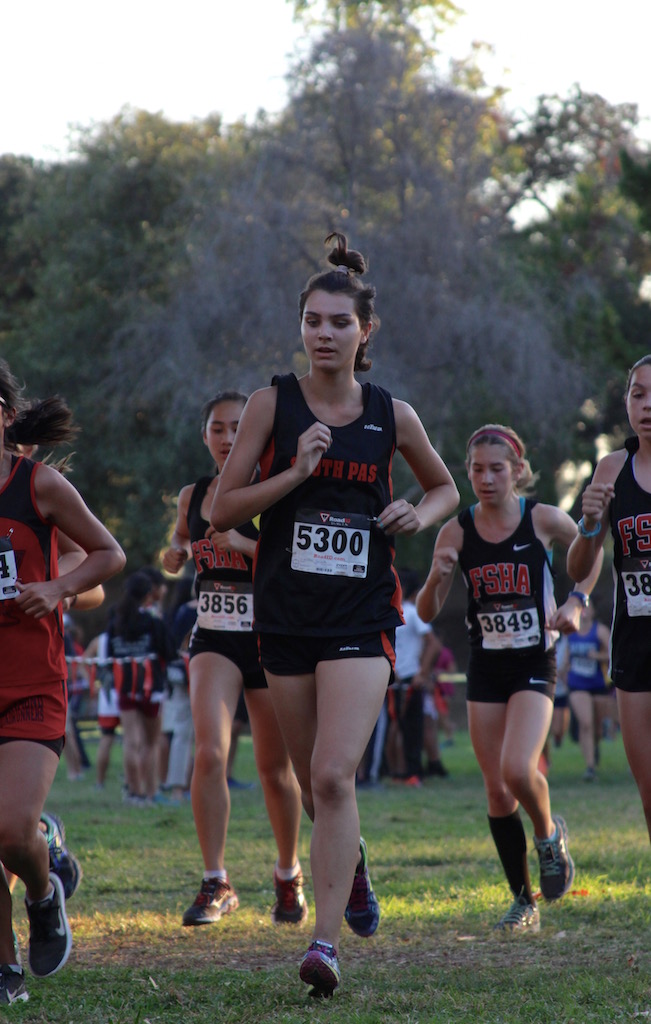 South Pasadena JV cross country competed at the Apache Invitational Friday, October 30th, in Arcadia County Park. The entirely flat course made the run significantly easier than the team’s most recent endeavour at Mt. San Antonio College, but the longer 5K (3.1 miles) course yielded slower times than the usual three mile races the Tigers participate in. The absence of the varsity team allowed for a select few JV runners to compete in varsity races.

A lack of runners, due to injury and illness, left the girls’ Frosh/Soph squad with only three eligible athletes, and the JV race completely empty. Those that participated in the varsity race of 128 runners were led by sophomore Caroline Liu and senior Fiona Bock, who crossed the finish line together in 17th place and 18th place, respectively, both with a time of 20:38. Freshman Maylis Westel (32nd, 21:06), freshman Carmella Shaffer (71st, 22:24), and senior Maia Thomas (90th, 23:34) secured the remaining three scoring slots, placing the team at 7th out of the 16 competing teams.

“With all the PR’s and medals I couldn’t help but feel proud,” said captain Lagunas. “Time and time again the team continues to surpass my expectations and run incredibly well.”