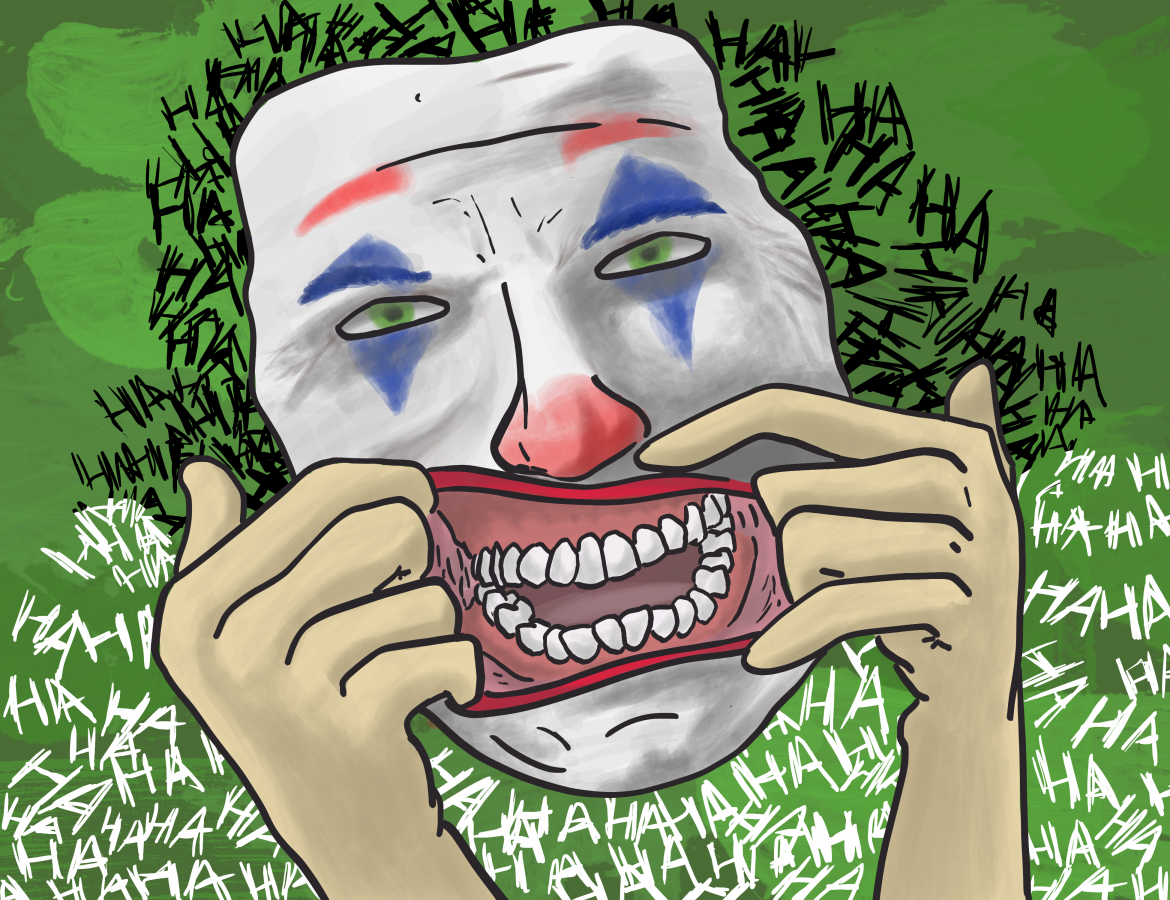 Joker, a sadistic psychopath and the world’s most recognizable supervillain, lives to incite chaos and catastrophe. Accordingly, a R-rated film starring the criminal mastermind as the protagonist would breed a tsunami of controversy.

Even before the movie was released, critics and fans immediately bashed the message, fearing that the film’s glorification of murder would serve as a trigger for real-life violence. However, Todd Phillips’ Joker provides more than just a dark, gory comic book experience. It is a beautifully shot, masterfully crafted character study which speaks volumes to today’s society.

Set in dystopian Gotham in 1981, the film follows Arthur Fleck, a battered, impoverished man afflicted with pseudobulbar affect: a condition that leaves him hysterical in the most inappropriate of moments. Repeatedly tagged a “freak”, Joker hones in on the titular character’s tragedy of isolation and abuse as he struggles to escape the suffocating grasp of his label.

Aside from his internal struggles, Fleck is further pushed into madness by the atmosphere of his confines. He is surrounded by a derelict world without superpowers that is headed towards anarchy. In his city, the poor are left to die and the rich are getting richer, while trash is mounting towards the spires of Gotham’s shadowed skyscrapers.

In his descent into madness, Fleck decides to stand up for himself by inciting riots, unintentionally becoming a symbol of empowerment to the downtrodden poor who are stuck at the bottom of the societal pyramid.

As a character-driven film, Joker instantly sets itself apart from other comic book adaptations; it is a slow burn, not an action-filled slugfest. Phillips and co-writer Scott Silver creates an engaging, intense narrative while avoiding common movie tropes. Everyone knows that Fleck will become the Joker, but his downward spiral is unpredictable and intoxicating. The duo also shapes a unique, refreshing protagonist while respecting the source material; Fleck begins as a relatable person suffering from mental illnesses, but later transforms into the iconic figure of mayhem and destruction.

Joaquin Phoenix’s enthralling presence completes the screenplay. His visceral performance captivates audiences for the entire 122 minutes, blending pain and insanity to evoke genuine empathy. Phoenix fully commits himself to the character; his dedication and passion shine through the dark film.

Meanwhile, the crew does a fantastic job of symbolizing plot points through a somber, unsettling tone. Phillips takes his time in the screenplay to explore the fictional Gotham and production designer Mark Friedberg elevates the complexity of the setting by transporting viewers into the poverty-stricken cities of the 1980s. Every street sign and building is faded and battered, reflecting Gotham’s societal struggles. Composer Hildur Guðnadóttir’s score creates a sense of inevitable dread and perfectly represents the turmoil in Arthur Fleck.

As with the production, the cinematography is also brilliant, immersing the audience in Gotham and paralleling character arcs. Joker utilizes hand-held cameras and muddy color grading, but once Fleck truly takes on the Joker persona, the colors pop and shots become more stable. Cinematographer Lawrence Sher even illustrates Fleck’s development to the audience in the way that a depressed and exhausted Arthur trudges up a long flight of stairs in the very beginning of the film, while a hysterical Joker dances down them during the third act.

Joker lacks many faults. The plot was planned in such a way that each step had weight, blending together to climax in formulated chaos. And though it is an unsettling film that dives straight into controversial topics, Joker is an undeniably terrific, thrilling, and thought-provoking experience.