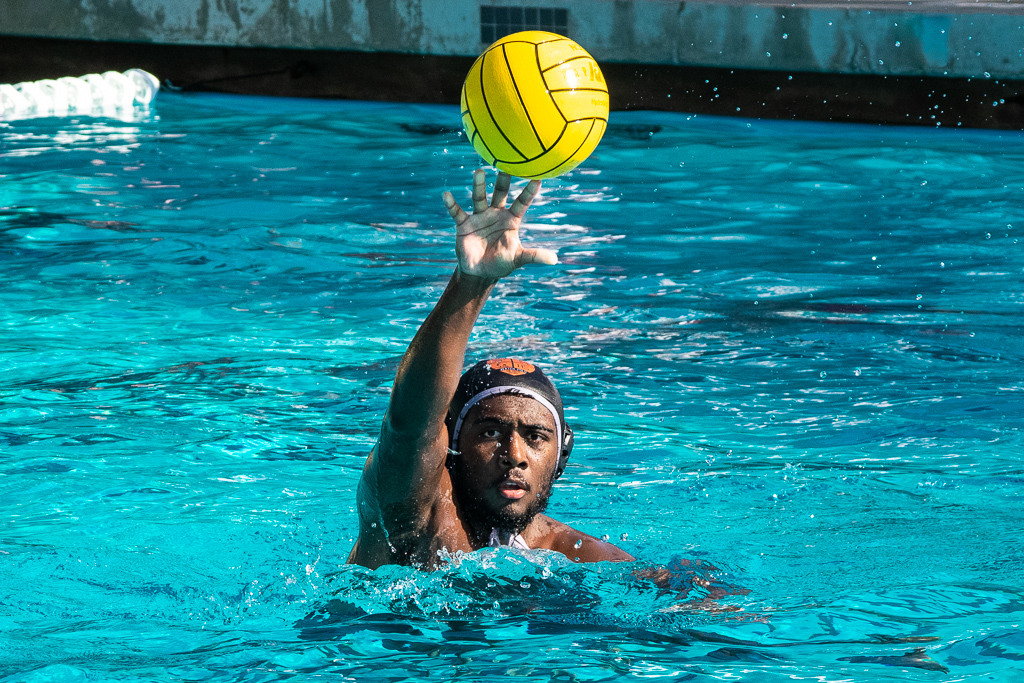 The Tigers finished with a victory over Servite, who reached the D-II regional semifinals last season.

Boys water polo competed against other highly ranked teams in the Newport South Coast tournament this weekend on Friday and Saturday, Oct. 18 and 19. South Pas split four games, bringing its overall record to 14-9.

The Tigers suffered a close 9-8 loss to the Greenwich Cardinals on Friday, but picked it back up with a 13-11 overtime win against Clovis North.

On Saturday, South Pas started the day with another loss to Vista, the reigning Southern California Division II Regional champions, 11-4. They were able to bounce with an impressive win, defeating Servite 11-6.

“This weekend was a mixed performance. We struggled for sure, but I’m really proud of the team,” senior Evan Kowal said.

The team hopes to continue its five league game winning streak when it battles La Cañada at home on Tuesday, Oct. 22.