Initial round of Rose Court tryouts come to a close 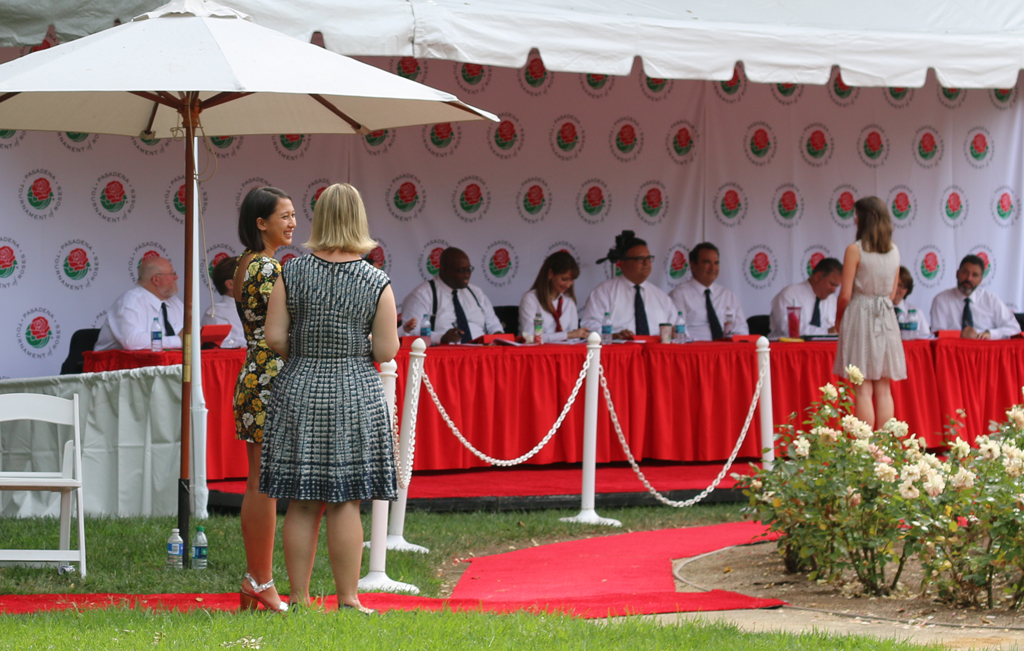 Young adults from across all areas of Pasadena participated in the first round of Royal Court tryouts on September 12, 2015 at the Tournament House. To qualify for this, one must be either a senior in one of the twenty- seven eligible high schools or a student enrolled at Pasadena City college under the age of 21. This year, around thousand contestants met these qualifications, both female and male, tried out to be crowned one of the final seven members of the Tournament of Roses Royal Court.

“[This competition] is an important part of Pasadena’s historic heritage,” Tournament Committee Member Alex Young said, “And the previous winners often inspire others to compete.”

The vigorous process is around a month long with four different cutoffs. In the first round, each contestant is given a mere fifteen seconds to explain why they are participating in this competition. Following this, the selection committee will have to eliminate three fourths of the contestants. This will leave around two hundred fifty hopefuls, with two more remaining cutoffs after that. By Monday, October 5, the 2016 Royal Court will be announced.

A common misconception is that it is a beauty pageant. However, the selection committee examines qualities in a candidate such as poise, academic achievement and community involvement. The winners of this competition are meant to be the embodiment of the city of Pasadena.

“It was a super fun experience and exciting to be under pressure.” senior Kyra Bush said.
The second round of the selection process is on Saturday, September 19.

Clubs gather in gym to recruit members at Club Rush