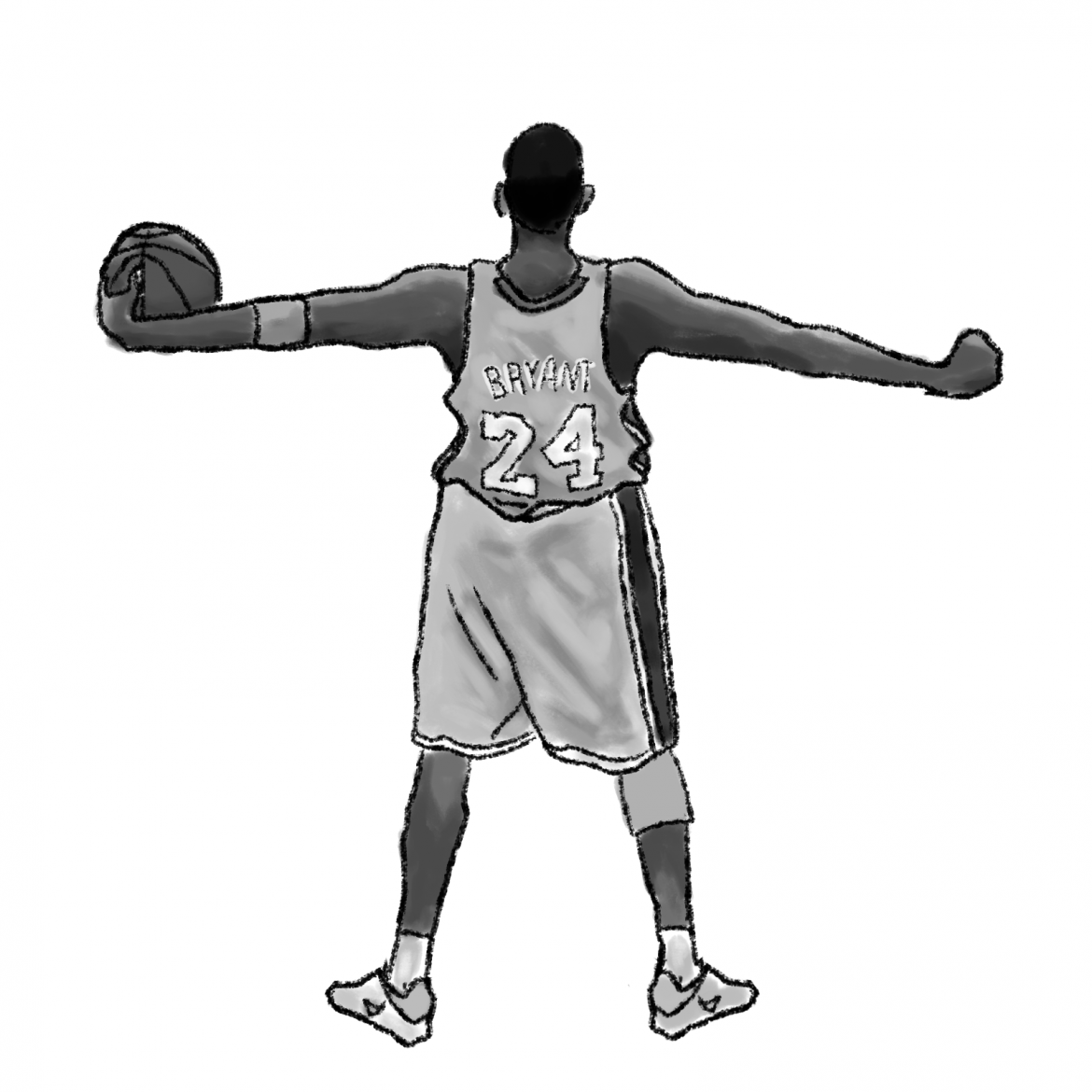 “Championships come and go. But if you really want to create something that lasts generations, you have to help inspire the next generation.” -Kobe Bryant

I didn’t believe the news. I was about to eat lunch with some family friends when my phone buzzed: “Breaking: Kobe Bryant dies in helicopter crash.”

In the following seconds, my phone flooded with texts, messages, and notifications. “Is this real?” “I don’t trust TMZ.” “I don’t see anything on Twitter or the news.”

But it was real. Everyone was shocked. Everyone thought it was a joke. I sat down for about six minutes, food untouched, before I stumbled to the bathroom and burst into tears. I spent the next two hours sobbing on the toilet.

Growing up in L.A., Kobe was king. Everyone grew up idolizing the Mamba and rooting for the Lakers. Despite my parents’ protests, I’d stick my tongue out and chew on my shirts. I’d walk around with paper taped around my arms, pretending it was an arm sleeve or an elbow band. I never wanted braces to correct my underbite because I believed it made me resemble Kobe.

As a basketball player, Kobe Bean Bryant was to me and other 2000’s babies what Michael Jordan (M.J.) was to kids growing up in the 90’s. From his trademark fadeaway to his jersey biting habit, everyone grew up imitating his signature movements in our backyards. I didn’t want to be the next M.J. I wanted to be the next Kobe.

Kobe was a complete scorer and a dogged defender on the court. His explosive athleticism brought highlight poster jams and his perfectly-honed skills wowed the crowds with impossible midrange jumpers. The fourth-leading scorer of all time, five-time NBA champ, 15-time All-NBA player, and 18-time All-Star, Kobe Bryant was a Hall of Famer years before he even retired.

Still, Kobe was no stranger to backlash. Basketball analysts criticized Kobe’s high volume scoring and ball hog play style. His no nonsense, “I’m going to rip your heart out” mentality, wasn’t well received from fans who wanted a superstar with Jordan’s charisma and smile. Most of all, his illustrious career was and will continue to be tainted by his 2003 sexual assault case, complicating Kobe’s legacy and creating an ugly split between his image as a player and a person.

Nevertheless, Los Angeles always had Kobe’s back. This city watched him grow up from a scrawny 17-year-old to one of the greatest athletes of all time; he was L.A.’s biggest and most adored star. While journalists and commentators would point to statistics or analytics and claim that LeBron James or M.J. are better players, Laker fans never failed to immediately jump to Bryant’s defense.

What makes Bryant’s death so difficult to comprehend is that even after his retirement, he was still so alive and present in the eyes of basketball fans until his final hours. His newest endeavor into filmmaking kept him in the spotlight of national media, while his Mamba Sports Academy and involvement with youth girls’ basketball pushed him and his daughter Gigi onto the social media feeds of basketball fans everywhere.

The global mourning in the days following Kobe’s death showed the far reaching impact he made on people around the world. Tributes popped up everywhere, from memorials in Asia, to players warming up in the number 24 or 8 before NBA games, and even moments of silence before European soccer matches.

Everyone from celebrities on afternoon talk shows to Angelinos outside of the Staples Center shared their own stories about the Black Mamba and expressed their sadness. Kobe’s impact on people around the world went beyond just his amazing play on the hardwood. He was a global icon, and inspired millions of athletes and normal people alike with his tireless work ethic and “Mamba Mentality.”

On the court, L.A. has found its successor with LeBron. James may be the better player, but Bryant will always have a special place in the world’s heart. Whenever anyone crumples a ball of paper, aims for the furthest trash can, and flick their wrists, there’s only one name they will scream: Kobe!