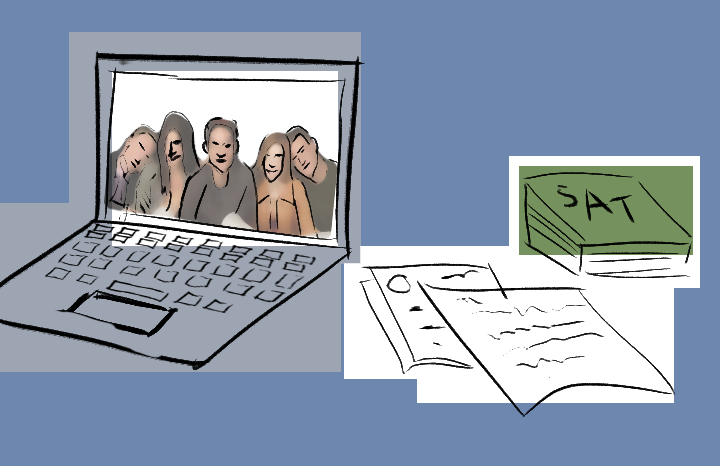 I started watching How I Met Your Mother (HIMYM) in fifth grade and, subsequently, I was exposed to a wide variety of jokes about sex and middle-aged life that I had no capacity to understand. Since then, I’ve probably watched the entire show at least four times, and I’ve never gotten tired of it. Reflecting on how much I’ve watched it, especially during finals season, has reminded me that grades aren’t worth sacrificing my mental health or my friendships.

What makes HIMYM so good is that the characters overcome realistic hardships: Ted gets left at the altar, Marshall’s dad passes away, and Robin learns that she is not able to have children, to name a few examples. The characters get through their hard times because they have people to rely on and laugh alongside their struggles.

The show is realistic while still managing to maintain its comedic charm. There aren’t many sitcoms that capture this perfect balance. I’ve watched Friends, That 70s Show, and New Girl, but none of them come close to the complexly realistic plot that HIMYM so wonderfully captures.

If watching as much HIMYM as I have has taught me anything, it’s that having people to rely on is more important than all else. Although the sitcom is not entirely to blame, I’ve definitely prioritized my friendships at times over everything else in my life. And I don’t have any regrets.

Being a senior has caused me to do a lot of reflecting on my high school experience in general. While there are weekends I could’ve perhaps filled with more studying, the significant amount of time I’ve spent with the people I love most has made me realize just how important it is to allow sufficient time to enjoy life. To me, no grade is worth being miserable.

Don’t get me wrong; trying hard in school is important. But there are a lot of people stretching themselves too thin for academics and not leaving any time for enjoyment. I know for sure that in 20 years when I look back at high school, I’m not going to remember my SAT scores or my GPA, but I’ll remember the memories I made in the process and the people who were there for me when I needed it most. So many people are far more willing to sacrifice their relationships rather than their grades, and I don’t understand this.

Just like the characters on HIMYM, I know that I’ve formed bonds with people that will sustain far beyond high school, and that’s mostly because I’ve given them sufficient time and attention. So remember during stressful times that mental health is far more important than grades. At the end of the day, high school should be filled with enjoyment, not absolute mayhem.