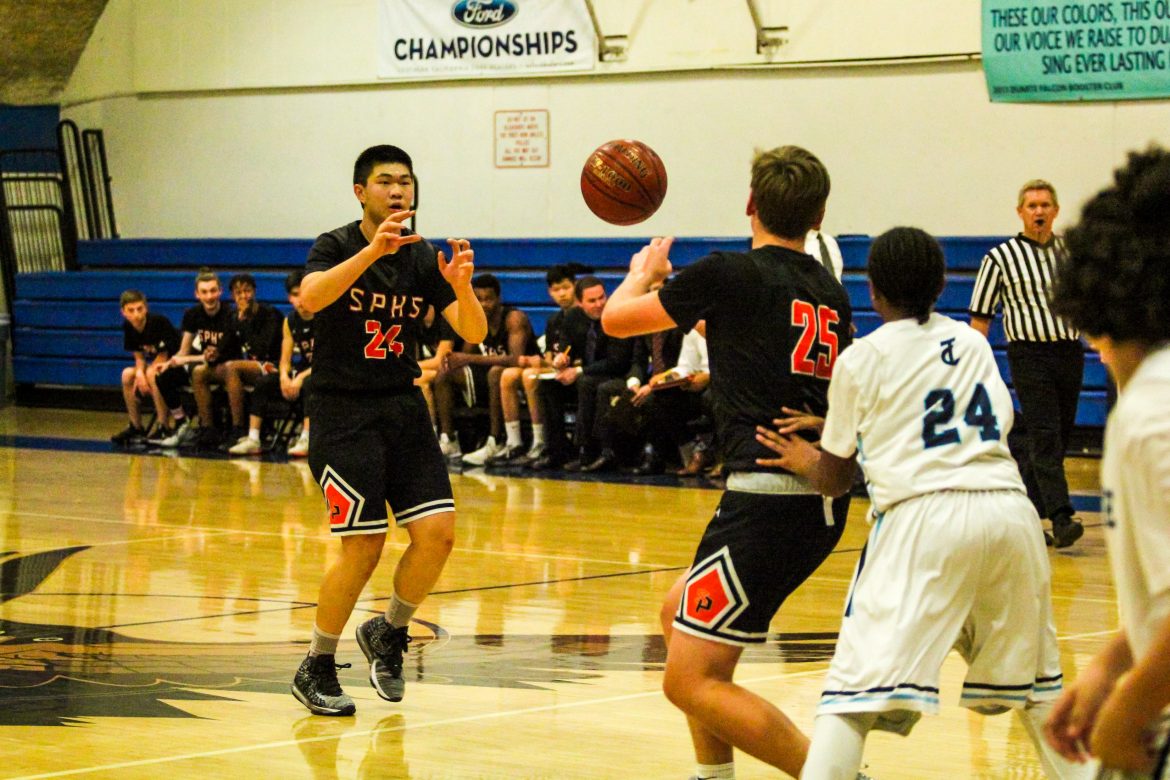 South Pas will travel to Blair High School for its league opener on Wednesday, Jan. 8.

“Although we lost two tourney games last week, we took a moral-boosting win today,” sophomore Mikey Ebner said. “With the help of our coaching staff and the scouting report they gave us, we hope to continue this energy throughout the league and stay true to our principles. We feel that we have a very good shot at winning the Rio Hondo League.”

The Tigers kicked off their preseason with nine straight victories and two tournament titles, leading the Division IVA rankings. South Pas suffered its first losses against Maranatha and Santa Monica in the SoCal Christmas Classic, but the team bounced back with a win over Sylmar.

“The games and tournaments that we played prepared us for league by forming the type of team we are,” senior Alan Quan said. “During those games, we faced a lot of adversity and it proved to us that we are the real deal.”

The Tigers will play their final preseason game against the Flintridge Prep Rebels on Monday, Jan. 6.

Wrestling closes the preseason with its final weekend tournaments