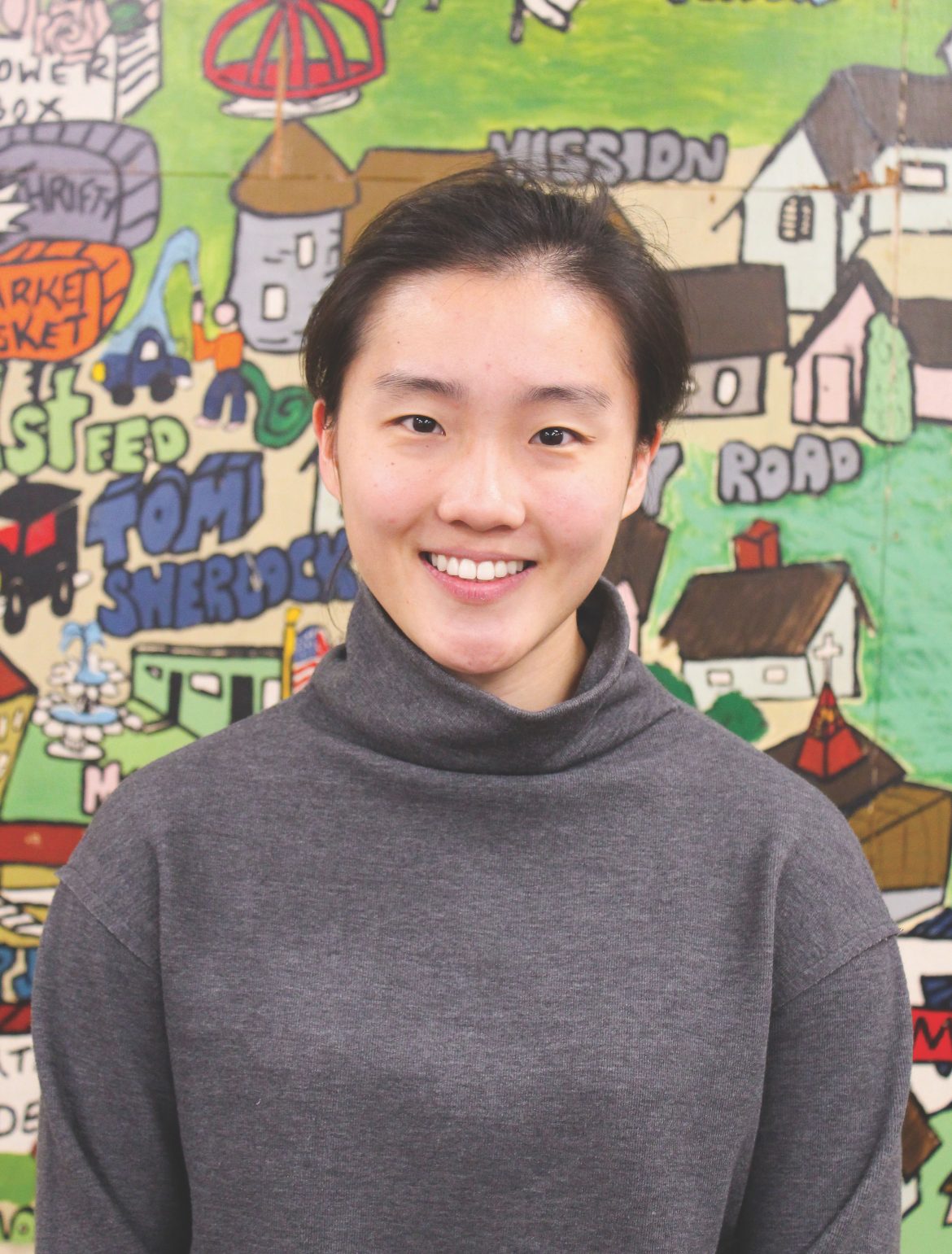 Kim is regarded for her incredible responsibility and diligence, working hard even when nobody is watching.

Senior Grace Kim has become an SPHS legend for all the best reasons. She is known for her reassuring smile, and her calming presence and lighthearted disposition is on full display each and every day. A Weldon award recipient, Kim knows to savor her time in South Pasadena’s tight-knit, caring community.

At just 8-years-old, Kim and her family were conned into giving their savings to an individual who repeatedly intimidated their family with legal and spiritual threats. Kim’s parents agreed to follow the man from their home in South Korea to Georgia, where Kim’s parents were forced to work for the conman’s son alongside the parents of five other families for no pay.

In Georgia, Kim was bullied at school because she was unable to speak English. Foreboding of her future resilience and resourcefulness, Kim taught herself English in roughly three months with the use of a dictionary and various worksheets to defend herself.

Meanwhile, Kim was forced to grow up quickly since there were no adults available to take care of her and her younger siblings.

“That was difficult because I was only 8-years-old myself and my siblings were only 4 and 6. I didn’t want to tell my parents they were not treating us well because they came home at 2 a.m. and left for work at 6 a.m. Not only did I see them rarely but I didn’t want to burden them.”

As the only person caring for her siblings, Kim rapidly came to understand the importance of being responsible for everything she took part in. When Kim was 11, her family, along with five other families, finally left the home and drove across the country to Riverside. After moving a total of 15 times in her life, her family settled in South Pasadena. Kim’s seamless integration into South Pasadena is best epitomized by her reaction to a nearby fight that broke out during her interview with Tiger. She immediately — and politely — paused the interview to follow the fight to Diamond Avenue to make sure that nobody was seriously injured.

Growing up, Kim’s father was a staple of her personal development. Kim’s father — a former Special Forces Officer in the South Korean military — was often straightforward and down to Earth, like Kim, and taught her the importance of work ethic. Just like her father, Kim prefers to work behind the scenes, so her decision to run for ASB came as a surprise to her family. As a commissioner, Kim has demonstrated a drive and work ethic that many of her peers on ASB revere and could not imagine reaching themselves.

In addition, her passion for mental health advocacy and her work on ASB often go hand-in-hand. As the Commissioner of Academics, Kim recognizes that students need to be committed to their school-work, but also firmly believes that academics should not ruin a student’s mental well-being.

“To me it’s very important that everyone around me is feeling okay and doing well. The biggest thing I learned from [Georgia] was to be conscious of the feelings of people around me because you never know what everybody has gone through.”

Now, Kim wants to pursue a degree in computer science at the University of Southern California to develop an app that helps immigrants adjust to a foreign country since she saw her own parents struggle to adjust to American life and culture; in the future, she seeks to pursue a law degree to hold criminals like the one that manipulated her family accountable.