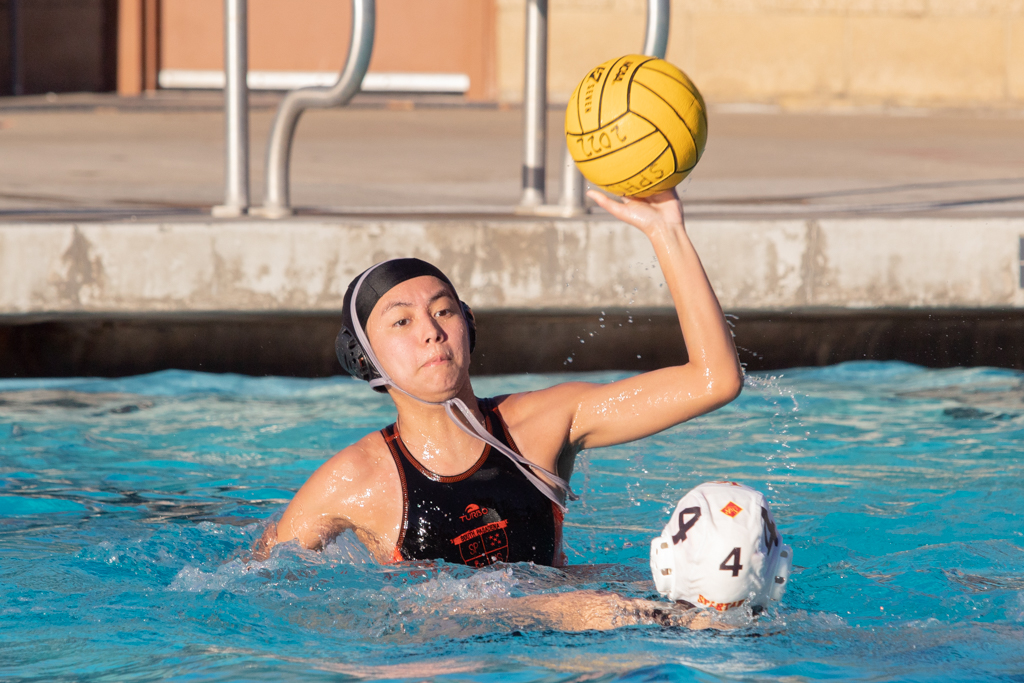 The Tigers now stand 1-2 in the Rio Hondo League, after Tuesday's game.

Girls water polo suffered a 16-6 defeat against the La Cañada Spartans on Tuesday, Jan, 11.  While the Tigers connected plays across the pool, they failed to land all their throws and keep up with La Cañada’s rapid scoring.

The first quarter kicked off with junior Grace Markus pushing forward and landing a point. The Spartans responded with a goal, quickly moving past the Tiger’s defense. While the first quarter began with the two teams neck-and-neck, tied and equally stealing the ball, La Cañada pushed ahead halfway through.

The Spartans began their steady advance, intercepting a pass by the Tigers and scoring with little resistance from South Pas. La Cañada continued this pattern, grabbing the ball when the Tigers threw poor passes, quickly bringing the score to 4-1 in their favor. Freshman goalie Reese Buckley was able to save a point, but La Cañada was relentless. Despite the Tigers’ defense concentrated near the goal, the Spartans made strong passes to land more points, finishing the quarter with a 7-1 lead.

The second quarter started with South Pasadena quickly advancing. Junior Luna Encinas swiftly swam forward and fired the ball in the goal twice, but South Pasadena could not prevent La Cañada from scoring. The Tigers were successful in stealing the ball, but scores were few and far between when the Tiger’s throws missed the goal. La Cañada managed two points when the ball floated back after Buckley had mostly stopped the shot. The Spartans pushed for more points and raised their lead to 11-3.

South Pasadena opened the second half with a burst of energy, as the Tigers took control of the ball: Markus and Encinas shot into the net. After a shot from Markus bounced off the cage, La Cañada took possession of the ball and passed to one another, waiting for a perfect shot. Buckley was able to deflect, but after the Tigers lost the ball due to lack of awareness, the Spartans gained another point, bringing the score up to 13-5. In the last few minutes, South Pasadena attempted a point but missed.

The final quarter opened with a missed shot from the Tigers, as they grew more unable to close the point difference. La Cañada passed the ball across the pool, keeping it from Tiger hands while they scored. After Encinas protected the goal, the Tigers tried to throw the ball from afar but missed. The game continued, with La Canada scoring then South Pasadena scoring too. South Pasadena’s ambiguous throws in the last few minutes gave the Spartans room to steal the ball and score two points. The game finished with a missed goal, leaving the Tigers with a 16-6 defeat.

The Tigers look to challenge the Monrovia Wildcats in a home game on Tuesday, Jan. 18.